Overview - When ex-blues musician Lazarus (Samuel L. Jackson) finds the town nymphomaniac Rae (Christina Ricci) left for dead on the side of the road, he vows to nurse her back to health…and cure her of her wickedness. Until then, she’ll be chained to the immovable radiator in his home. But Lazarus has demons of his own: his wife just left him for his own brother. While Lazarus and Rae struggle to fix their broken lives, the situation threatens to explode as Rae's boyfriend Ronnie (Justin Timberlake) — a roughneck soldier just back from Iraq — comes searching for his missing lover.
OVERALL
Recommended

How does an up-and-coming director follow a breakout flick about a middle-aged pimp with career aspirations of hip-hop superstardom? Apparently with a controversial landmine of a film that juggles issues of race, abuse, addiction, and morality. Loosely based on a George Eliot novel from the 1860s ("Silas Marner"), writer/director Craig Brewer's second film (after his critically acclaimed 'Hustle & Flow') is an unusual film, to say the least.

'Black Snake Moan' tells the story of Lazarus (Samuel L. Jackson), a religious blues musician whose wife runs off with his brother. Stuck in a tailspin, Lazarus withdraws from his tight-knit community and attempts to deal with his wife's betrayal at the bottom of a bottle. After a heavy night of drinking, he wakes up to find a young woman named Rae (Christina Ricci) lying alongside the road, beaten and left for dead. He nurses her back to health, but soon discovers that she's a nymphomaniac with an abusive past who can't control her sexual urges. Chaining her to a radiator in his house, he decides to cure her of her "sickness" with his Bible and a stern bout of tough love.

I can't imagine what 'Black Snake Moan' must have seemed like to those who read the screenplay before the film was shot. On paper, the story would appear to be a gauntlet of pitfalls, featuring overtones of slavery, rape, and an inflammatory portrayal of female sexuality. On screen, (to their great credit) Jackson and Ricci offer up challenging performances that negate most of these potential dangers, although in the end, I still couldn't help but feel a little let down.

For the first half of the film, 'Black Snake Moan' could easily be a third entry in Quentin Tarantino and Robert Rodriguez's 'Grindhouse' -- it has a tonal darkness and a heightened reality that makes it work quite well as a trashy morality tale. The characters are complex, the plot is provoking, and the pacing unpredictable. When Ricci first wakes up with a chain around her waist, the film generates an immediate sense of momentum. Even better, the soundtrack drenches the film in a thick atmosphere that permeates every corner of Lazarus's world, driving each scene and perfectly matching every moment with the chilling croon of aching melodies.

But then things start to unravel -- characters unexpectedly shift priorities, emotional healing happens off camera, seemingly deep-rooted impulses are abruptly under control, and the last ten minutes are wrapped up with such a nice bow that the film would seem to share more in common with a Sandra-Bullock romantic comedy than the edgy masterpiece that 'Black Snake Moan' at first appeared to be. It almost feels as if large chunks of the movie have been cut out -- Lazarus and Rae don't have any defining moments or revelations, they just suddenly change without explanation when it suits the direction of the story.

By the time the credits rolled, I was more shocked by the film's sugar-coated wrap-up than all of the earlier controversial scenes put together. What began as an immensely intriguing exploration of flawed individuals ended as a shallow study of redemption. As devastating as her performance was, Ricci's on-screen sexuality suddenly seemed more like a gratuitous gimmick than a necessary plot device. Likewise, Jackson's troubled will seemed to reveal itself as simply a scripted crutch for an undeveloped plot.

Don't get me wrong, 'Black Snake Moan' certainly isn't a bad film, and I don't regret the two hours of my life I spent with it. The movie certainly boasts an original concept, and some A-list critics have even called it one of their favorite films of the year. But while I wanted to love this film, ultimately I couldn't help but be a bit disappointed by it. This really could have been a classic pulp masterpiece -- instead, for me, it's a one-trick pony that doesn't have the courage to follow through on its obscure setup. 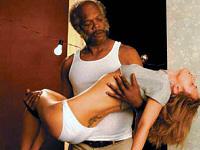 Presented in 1080p using the AVC MPEG-4 codec, this Blu-ray edition of 'Black Snake Moan' is simply stunning. I wasn't expecting anything to floor me after viewing the problematic video quality of 'Hustle & Flow,' but the picture quality on this disc is in an entirely different league.

The first thing that struck me were the bold and stable colors, which are perfectly saturated with convincing textures that leap off the screen. Skintones are natural and vibrant, while clothing is intentionally drab, stained, and wrinkled. Fine object detail is astounding and every blade of grass and speck of grime is visible in the background. I could clearly see the earthy texture of rose petals, the flecks of rust on Lazarus's truck, and even the frayed stitching on Ricci's half-shirt. When Jackson first appears on screen, I literally paused the film just to marvel at the well-rendered lines in the skin of his face. Better still, grain is practically non-existent, black levels are deep, and shadows are deftly delineated. The dimension and depth in every shot sent me searching for any imperfection I could possibly find.

So did I find anything wrong? It's a stretch, but there are a couple of shots that looked slightly washed out compared to the rest of the ideally-contrasted picture. First, there's a slight haze over a quick shot of Lazarus turning toward Rae when she's first discovers her chain. The second shot has the same issue and occurs when Ricci first tries on her new green dress. Both of these, however, are blink-and-you'll-miss-em examples that probably have more to do with on-set lighting than the technical merits of this transfer.

Boasting superb visuals equal to 'Pirates of the Caribbean: Dead Man's Chest,' 'Black Snake Moan' features reference quality video that quite simply has to be seen to be believed. The Blu-ray and HD DVD versions are identical to my eye and fans of both formats should be ecstatic with this release. 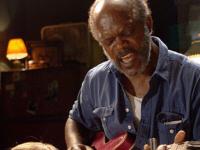 'Black Snake Moan' a dialogue-heavy film, so at first I didn't expect much from its audio package. But that was before the guttural moan of a blues guitar flooded my speakers for the first time. To cut to the chase, the music on this Dolby Digital 5.1 surround mix (640 kbps) sounds very good -- the guitar plucks are twangy and the singing voices fill the front channels. Best of all, the drums don't seem poppy and they retain the boomy bass that blues and southern jazz are known for. When Samuel L. Jackson sings and plays the guitar, his voice moans throughout the soundfield and his strings flutter in every speaker.

Dialogue is crisp and sound prioritization is top notch. Each time Rae loses control of herself, the soundscape erupts with the cries of summer insects that eerily immersed me in her mind. Ambiance is also very good and the rear channels get a surprisingly heavy workload. The track's dynamic range is also impressive -- listen each time Rae drags the heavy chain across Lazarus's wood floor. The dull echo and harsh scuffing sounds of the chain are particuarly convincing and the acoustics of his house are frighteningly realistic.

There were, however, a few problems. Some moments suffer from hollow treble ranges (listen to S. Epatha Merkerson's voice when she speaks to Jackson outside of the pharmacy), the audio quality of the classic recordings is predictably inconsistent, and a few sound effects are both repetitive and stagey (such as the thunder when Lazarus plays his guitar for Rae).

Comparing the audio package on this Blu-ray release to its HD DVD counterpart, unfortuntely Paramount once again continues its trend of inequity. While this Blu-ray gets a 640 kbps Dolby Digital 5.1 surround mix, the HD DVD gets a healthier 1.5mbps Dolby Digital-Plus track, and in a direct compare the Blu-ray is audibly thinner -- particuarly during scenes where Lazarus plays his guitar and moments with the aforementioned sound of the dragging chain. On its own merits though, this Blu-ray track is quite good and should easily please fans of the film. 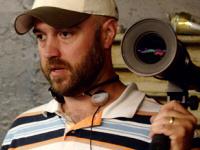 Porting over all of the features from the standard DVD, this Blu-ray edition of 'Black Snack Moan' boasts a solid (but somewhat modest) set of supplements.

First up is a feature commentary with Craig Brewer. He jumps around quite a bit, but his track is arguably more interesting because of his kinetic descriptions. The writer/director discusses his early treatments of the script, the parallels to the George Eliot novel, Samuel L. Jackson's close involvement (and his six-month training in blues guitar), and Ricci's brave performance. Brewer's anecdotes and script explanations routed some of my initial criticisms of the film, and I'm guesssing I'll have a greater appreciation for 'Black Snake Moan' next time I see it.

Having said that, my favorite part of this track was listening to Brewer discuss the relationship between the cast and the crew -- he talks about the potential exploitive nature of Ricci's performance and how everyone on set worked to keep things comfortable for her. His comments on this topic provided a captivating glimpse into the human side of a Hollywood production that I've never heard investigated quite so deeply in a commentary of this sort. Kudos to Brewer.

"Conflicted: The Making of Black Snake Moan" (31 minutes) is a behind-the-scenes documentary that examines the production and includes a ton of interviews with cast and crew. Granted, there's some repetition here with Brewer's commentary, but this one's still informative with a lot of solid analysis from Jackson and Ricci on their characters. Best of all, the documentary never feels promotional and there is a welcome abundance of on-set footage.

Next up are two musical featurettes -- "Rooted in the Blues" (12 minutes) and "The Black Snake Moan" (9 minutes). The first takes a look at Brewer's musical selections, while the second specifically explores the inspiration of Blind Lemon Jefferson's classic song, "Black Snake Moan." As a blues fan, I personally found these two supplements to be the most interesting of the bunch, but alas they're entirely too short for my taste.

Wrapping things up are the film's Theatrical Trailer, a collection of Production Stills and six Deleted Scenes (totaling about 14 minutes) featuring optional commentary from Brewer. None of the excised scenes really stood out, but they did flesh out the story and the characters a little more.

(Note that while the trailer and the deleted scenes are presented in 1080i, all of the other video supplements are in 480i/p only.) 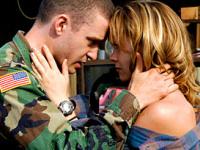 While I personally had some issues with the film itself, there's no denying that for most of its 115-minute runtime, 'Black Snake Moan' is a crazy ride. Better still, this Blu-ray edition of the film features one of the best visual transfers I've seen, impressive audio, and a nice set of supplements that ultimately increased my appreciation of the film.

Sale Price 4.99
List Price 29.99
Buy Now
3rd Party 4.99
In Stock.
See what people are saying about this story or others
See Comments in Forum
Previous Next
Pre-Orders
Tomorrow's latest releases