Z tells the story of a family of three where the young son develops an imaginary friend whose intentions are not at all healthy, happy, or friendly. There are some rather good elements to this horror movie with creepy-kids involved, but it falls off the rails at the halfway point and never recovers. Coming with a 1080p HD transfer and lossless DTS-HD 5.1 audio mix, but zero bonus features, Z is a Rental. 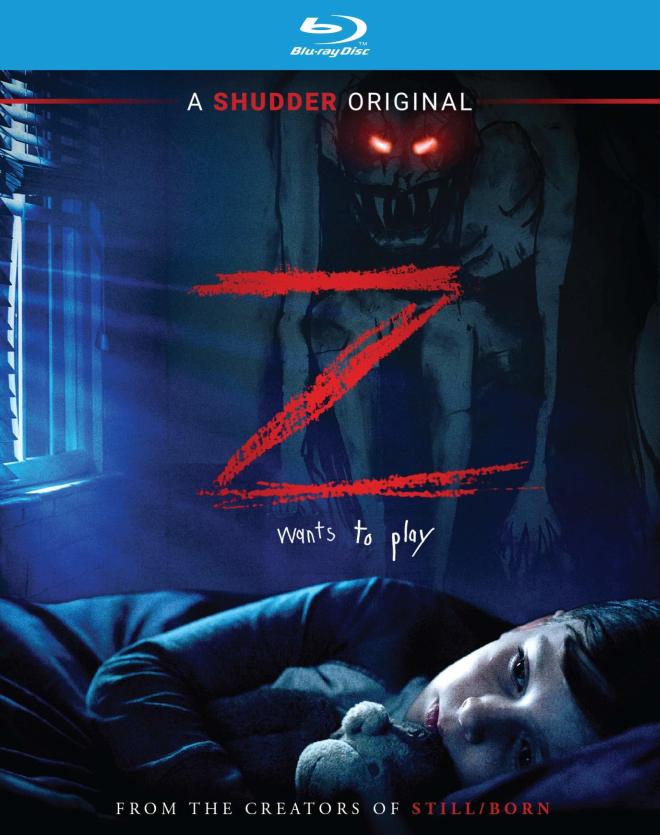 One of the most intriguing and horrifying horror tropes in cinema deals with creepy, young kids who have some sort of Sixth Sense, are possessed, or have some imaginary friend that is more Sinister than neighborly. The latter is the focus in Shudder's new original film simply titled Z that follows a family of three that deals with an unexpected invisible addition that slowly turns into a nightmare of confronting the past and survival. Unfortunately, co-writer and director Brandon Christensen doesn't allow the Z to explore the psyche or terror of this beastly entity nor does it stick to the creepy-kid element, but rather heads into a sluggish, incoherent landscape that feels like a completely different film. Even the legendary Stephen McHattie couldn't save this movie.

The centers on a kid named Josh, a sweet eight-year-old boy who has a bit of trouble making friends, where his parents Elizabeth (Keegan Connor Tracy from Final Destination 2) and Kevin (Sean Rogerson) try and help their son to meet friends. Soon enough, Josh has opened up and is quite the playful kid with the help of his new imaginary amigo named Z. As Josh constantly plays with his new pal, even setting Z a place for dinner at the table, Elizabeth grows weary of this newfound friendship. Of course, Z isn't the "best friend til the end" type of entity as it more or less causes extreme havoc, including murder and throwing a young kid off a high flight of stairs. Josh's bizarre behavior increases but is halted to a complete stop to focus on Elizabeth and her strange connection to Z. From here, the film is downright laughable and slows down to a crawl where the story transitions into non-sense, right through its anti-climactic ending that is one of the biggest blunders of a finale in a film. It's more comical than horror and that was NOT its intent.

There is some side plot that involves a child psychologist (McHattie), who draws the parallels with Z and this family, but it never goes anywhere, even though McHattie's performance is solid. The dynamic between the two parents Kevin and Elizabeth is less than stellar as they are not on the same page when it comes to raising their child or dealing with his issues - be it poorly written characters or story, they are not believable as loving parents who want to see their child healthy. Rogerson and Tracy turn in decent enough roles, but there's not much below surface level traits that allow them to implement any nuanced personalities.

Z itself is rarely ever seen in the flesh, with the exception of a few quick flashes of jump-scares. Christensen went the Alien route in this aspect with a less is more vibe, which mostly works when not using the typical, cheap jump scare tactic of complete silence followed by a crescendo of noise and a scream. There's an underlying tone of learning to confront and deal with an unsavory past to heal all wounds, but the film never fully illustrates the point but instead is an all-out gloomy affair. Z has some good elements to it but ultimately falls short.

Z appears on Blu-ray from Shudder and RLJE Films. The disc is housed inside a hard, plastic blue case with original artwork of the series. There is no insert for a digital code, but there is a 30-day free trial for Shudder.

Z appears on Blu-ray with a 1080p HD transfer with a 1.78:1 aspect ratio - all of which looks good in this atmospheric horror film. The color palette is a bit muted without any real bright primary colors or earthy tones. The look of the film is dark and gloomy, much like its tone, and is steeped with varying shades of blues, haunted greens, and vague browns. There are only a few flashes of bright, energetic yellow or oranges, as well as a sequence set at kid's arcade fun-zone with tons of lights flashing, but it's rare. Black levels are luckily deep and inky throughout that allows shadows and the demonic elements to hide well in corners or lower lit sequences without any crush.

The detail is rather sharp for the most part with revealing closeups of the actor's faces along with some decent practical makeup effects on Z itself but other than those rare occasions, the image is a little flat with some hindered detail due to the darkness of the film. There are no major issues with aliasing or banding really, just some very light video noise here and there.

This release comes with a lossless DTS-HD MA 5.1 audio track that sounds quite good. A lot of the film is on the quiet side of the spectrum with atmospheric sounds of house noises creeping in. There are some big crescendos of noise when a jump scare presents itself along with some noises coming through the rears, but most of the sound is located on the fronts. There are some great uses of the surround speakers at the arcade with some quick scenes in school with kids and teachers talking too. The low end of bass has a good rumble to it when evil is near that gives the wall a good shake. Each of the sound effects is well-balanced, loud, and has great directionality. Dialogue is presented in a clean and clear manner with no audio issues to speak of. 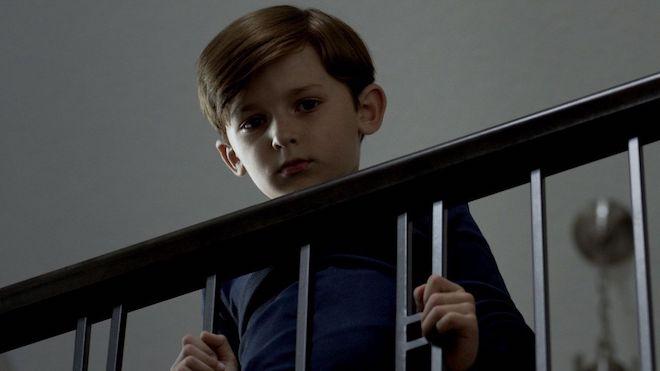 There are zero extras on this disc. 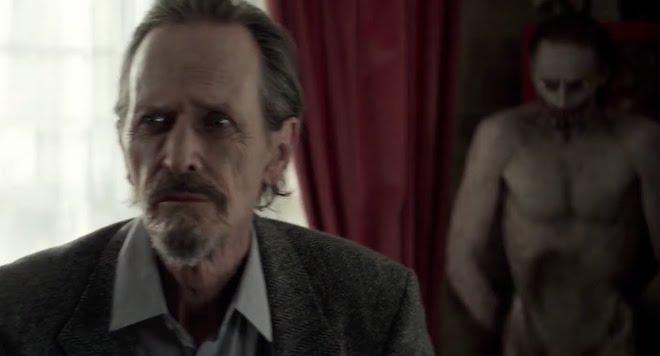 Z has some great elements working in its favor from a creep-kid horror film to not showcasing the monster too much in order to drive home a sense of terror that only amplifies as the film progresses. Unfortunately, that concept is abandoned for the most part halfway through where the movie takes a different route that falls into an unintended comedic world. The video presentation is decent and the audio track is strong, but no extras is a bummer here. Give It A Rent.