Swallow centers on a woman with an unlikely new taste for life as she struggles with her terrifying past and unpleasant current state of affairs while showcasing a happy surface level ringer for her true self. It's a beautifully made film that covers the darkly comedic horrors of illness and state of mind. This Blu-ray comes with a 1080p HD transfer and a lossless DTS-HD 5.1 audio track. Sadly there are no bonus features other than a trailer. Still, this comes RECOMMENDED! 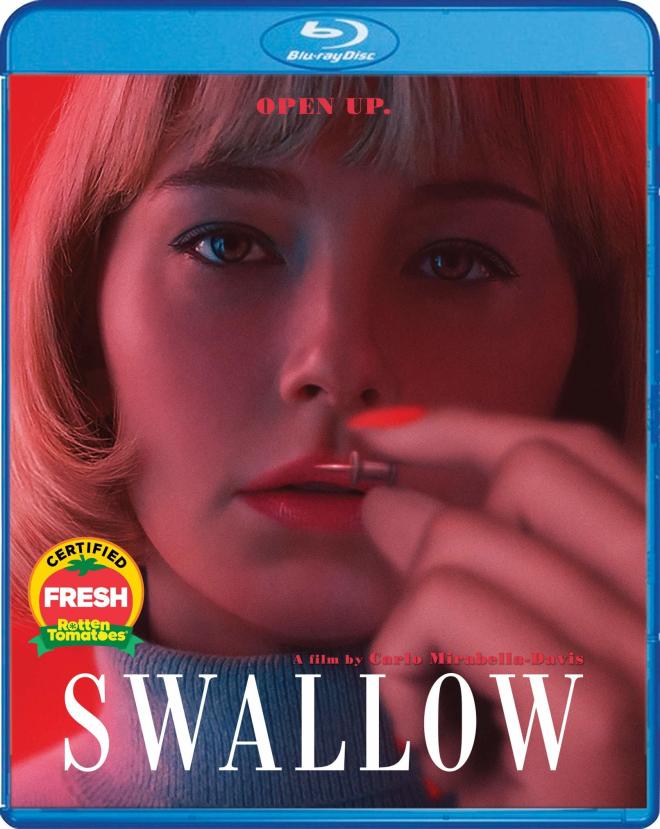 First-time feature film director Carlo Mirabella-Davis has crafted a perfectly pristine-looking film that isn't so easy to ingest with Swallow that follows a woman struggling with her past and present life by taking on an odd hobby. Actress Haley Bennett had small but memorable roles in The Magnificent Seven remake, The Girl on the Train, and The Equalizer, but now with the lead in Swallow, she's more than proven her extreme, nuanced and pitch-perfect timing and skills to be considered one of the best actresses in the business. Swallow takes a small, but delicious bite out of the cinema.

The film focuses on Hunter (Bennett), a married woman who comes from a low-income family. Her husband Richie and his family are the pictures of wealth and snobbery, always questioning and making snide comments to their wife/daughter-in-law. In fact, Richie wants Hunter to stay at home and tend to their posh upstate New York house, where he rarely gives her the time of day, let alone any real love and affection. Hunter goes through the motions of a happy New York social life, but as American Beauty showed the world, happiness is but a surface illusion and there's something much more sinister and darker hiding beneath. Bennett showcases these incredible emotional turns flawlessly throughout.

As Hunter grows dreary of her current state in life, she comes across a marble, picks it up, places the round ball in her mouth, and swallows - giving her pure rebellious joy. Soon after, she upgrades to a thumbtack, a battery, and more. But that's not the strangest thing about Hunter's newfound utopia. Once she digests the objects, she meticulously cleans them and places them in the house as if they were trophies. If other certain directors were attached to this project, there would be extended sequences of gore and blood and longer variations of Bennett swallowing and passing these items, but Carlo goes the darkly comedic route and tends to showcase the polished and passed item as the collection grows, leaving it up to the audience to wrap the idea of just how Bennett managed to swallow such a device. It all comes to a culmination when Bennett realizes she's pregnant and a trip to the doctor reveals quite a few objects inside her.

Once this section of the film ends, Carlo delivers a bit of a palette cleanser and twist that reveals some of Hunter's backstory as she talks with her unethical psychiatrist. From here, the story evolves into how Hunter will confront her demons and someone from her past as she takes on bigger and sharper objects down her throat. It's a refreshing tale that dives into some subtle gender roles in marriage and how extremely old fashioned some of the traits can be and how one could possibly rebel against it, which Carlo delivers effortlessly here. Even the score by Nathan Halpern immediately tells its viewers they're in for a different kind of ride as the music and visuals continually stun as if eating something that can transform from savory to tart in an instant.

Swallow is ultimately a road trip movie without the typical car as it follows Hunter on a path to confront her extreme trauma throughout her life, leading her to confront the past, thus allowing a key to happiness. It's a wonderfully made film with an important message and some great performances, specifically from Bennett. There's nothing else like it.

Swallow digests its way to Blu-ray from and Shout! Factory. The disc is housed inside a hard, plastic blue case with original photography of the film with a cardboard sleeve. There is no insert for a digital code. 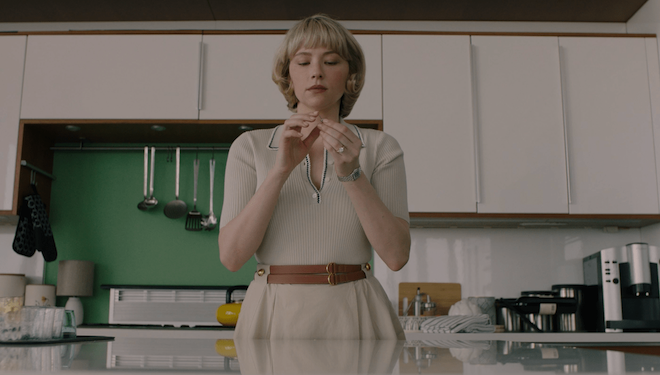 Swallow comes with a 1080p HD transfer in 2.39:1 aspect ratio with an excellent color palette and vivid detail.

The interior and whole aspect of the film is made to look like it came out of a high-end catalog where nothing is misplaced and every object is shiny and perfect. This leads to a wonderful color spectrum of bright primaries and nuanced colors that outfit this luxurious home in New York. The red and green motif inside the house accents the colder blue accents outside in the world. Other warmer tones of yellows, orange, and browns look excellent as well throughout. Black levels are inky and rich and the skin tones are natural.

The detail showcases wonderful closeups that reveal makeup effects, practical effects wizardry, and facial lines, wrinkles, and other inanimate object textures. Wider shots never have a soft look to them and give the image depth while never allowing anything to be out of focus. It's a fantastic looking picture. There is some slight banding early on, but nothing too big of note to complain about. 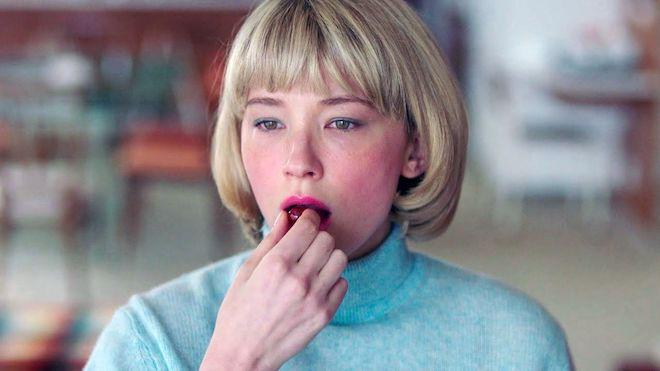 This release comes with a lossless DTS-HD MA 5.1 audio track that does. great job with quieter and more atmospheric noises. Most of the film relies on silence, however, the sound effects of swallowing and polishing an object might be enhanced to add that uncomfortable notion of Hunter's illness. It's an effective use of the surrounds and noises that only enhances the suspense and thrills of the film.

There's not a big action-packed soundscape here though, but rather those intimate and quiet moments of horror and dread with an added synth-like score to bring every emotion and action to a bigger place. Each sound is well-balanced with some light rumblings from the low end of bass, along with some great ambient noises at parties and exterior city life. The dialogue is clear and easy to follow, and free of any issues as well.

Zero bonus features are included here, which is a shame and a crime. 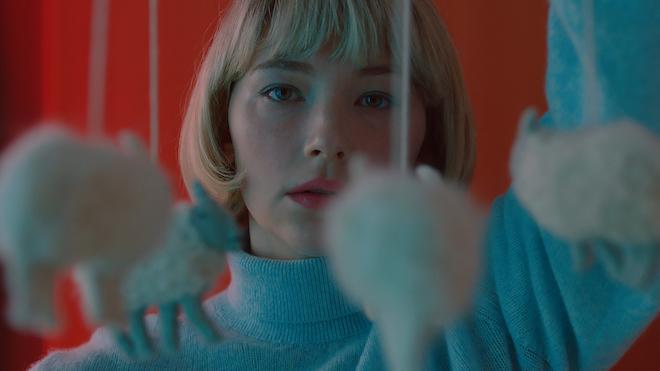 Swallow is a well prepared four-course dinner that is full of surprises from start to finish, made impeccably well by a first time director, and starring one of the best modern actresses in the business. It's a movie that will linger and bring up discussions on multiple social topics, some of them being taboo, which is even better. With a great looking video presentation and wonderful audio mix, this Blu-ray is worth the time, despite zero bonus features. Recommended!