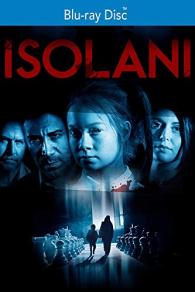 When seventeen years old single mother, Isla Corrie witnesses the murder of a police informant she becomes a pawn in a dangerous game of lies, betrayal and deception. Manipulated by an ambitious prosecutor and a corrupt police detective, Isla must find a way to protect her son before the killer realises there's a new witness. When prosecutor Anne Ramsay employs her late father’s best friend, Detective Brian Ross to convince Isla to give evidence, Ramsay is unaware that Ross is secretly partnered with the murderer; violent drug-dealer Tom McKray. Ross tries to force Isla to help deceive Ramsay but when Isla refuses to identify McKray, Ross is forced to take violent action. Threatened on all sides, young Isla hatches a simple but ingenious plan to outwit an ambitious prosecutor, expose a corrupt detective and convict a desperate killer.