Wendy is a new telling of the classic tale of Peter Pan directed by Benh Zeitlin. It follows a young girl named Wendy who travels with her brothers to an island and comes across a kid named Peter. The film comes with an amazing 1080p HD transfer and has an excellent Dolby Atmos track, along with some incredible bonus features. Highly Recommended! 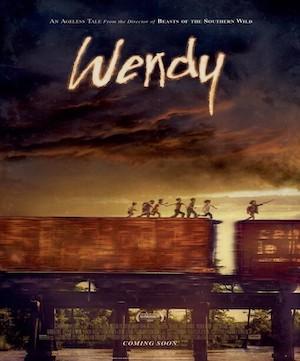 Not since 1953's Peter Pan from Disney has there been a more original and visually stunning version of the kid who never grows old. Many talented film directors have thrown in their hat to tackle the hit movie such as Steven Spielberg with Hook, P.J. Hogan's romantic take in Peter Pan, or the 2015 Joe Wright version that focused more on pirates with the simply titled Pan. Now in 2020, a new installment in the Peter Pan universe called Wendy is as magical and brilliant as the original story from a remarkable filmmaker and a bevy of talented young actors.

It has been almost a decade since Louisiana native Benh Zeitlin sat in the director's chair, his first outing being the phenomenal and poetic film Beasts of the Southern Wild. Zeitlin brings that same visual style and poetic storytelling to the classic fairy tale with some old and new faces that play out like a raw and dirty version of Peter Pan with a ton of heart and soul. This new take is refreshingly new and brings new life to the real world and Never Never Land, as well as some excellent new renderings of the dreaded pirate Hook and the elements of what happens when a child chooses not to stay young at heart.

The film centers on the young pre-teen Wendy (Devin France), who lives in an extremely rural town right on top of the train tracks. She and her twin brothers, along with her single mother live above the local rustic diner that only seems to be serving to the filthy, yet fun locals. The house and diner are as old as her great grandparents and nothing seems to be changing for the energetic Wendy and her twin siblings Douglas and James. As Wendy witnesses, her mother work day in and day out with no real forward motion, but rather a bleak repetitive existence, Wendy and her brothers hop aboard the train in their pajamas and meet the likable Peter (Yashua Mack) that takes them to a magical island with a giant volcano.

Once on the island, it's no question that Peter rules the land as he takes on any challenge without question, not to mention the funniest pranks and fights he gets himself and others into while protecting his childhood. This beautiful paradise has quite a few kids already acting out their wildest dreams, but shortly after Wendy arrives, she and her brothers discover a group of elderly looking people, a reminder to Peter and the rest of the kids of what's in store if their belief in childhood doesn't stay intact.

Zeitlin's use of J.M. Barrie's original story is lit up in the new and creative ways here with the creation of Captain Hook, the pirates, and never growing old. Zeitlin also takes up his own unique creative freedom and furthers the story of Peter and Wendy's motives for staying on the island (Never Never Land). Zeitlin is a great mix of Stanley Kubrick and Terrence Malick behind the camera, but with more youthful and chaotic energy. Each shot is perfectly planned and exquisitely beautiful that tells a deep story. His characters and actor's performances are no different and all seem realistic and nuanced, especially the likable Devin France. The young Yashua Mack is a pitch-perfect Peter Pan who can conjure up the best smile while at the same time showcasing that devious side.

The score by Zeitlin and his music partner Dan Romer has a similar tone to Beasts of the Southern Wild with a local New Orleans big band feel that is mystical and full of magic and elegance. Wendy is a superb addition to the Peter Pan mythos and is a great cause to believe in never growing up again.

Wendy travels its way to digital video on demand through all major digital retailers with a 1080p HD transfer and a Dolby Atmos audio track. There are several great bonus features included. 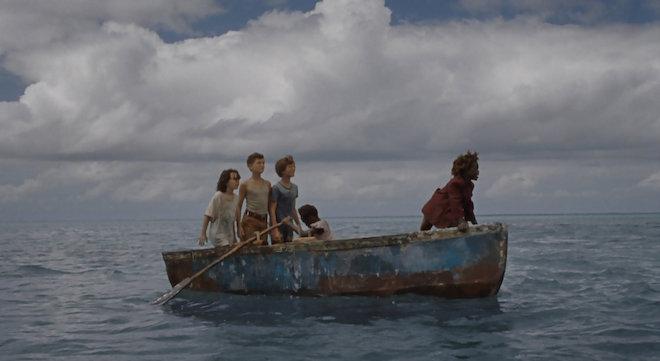 Wendy flys its way to digital platforms in 1080p is just breathtaking to watch with its vivid beautiful color palette and wonderful attention to detail in the wild. The movie was shot on 16mm with some fantastic depth and great looking cinema-quality image.

Colors have a rustic and antique vibe at the start of the film with moldy browns, greens, and beige that surround the interiors of the diner and second story house. Only glimpses of blue and a few other bright primary colors ease their way through, but when at the island, the color palette pops with fantastic colors. The clear blue sky contrasts perfectly with the many shades of green trees, pastures, and tall grass. Wildflowers look incredible while underwater sequences showcase a good mix of dark blue, purple, and light blue variations. The amber orange and yellow color of Mother also has a distinct and beautiful glow to it. The adult wastelands are gray and silver and spotlight the opposite of beauty from Never Never Land. Black levels are deep and inky with zero crush and skin tones are always natural.

The detail is sharp throughout, even in lower lit scenes, such as the campfire sequence where everything is pitch black with the exception of the actor's faces lit up in orange and yellow as the fire flickers. Their facial pores, specks of dirt, and individual hairs can still be easily seen in this sequence. When in natural light, all of the dirty backdrops of decaying walls, run-down homes, rocks, and other forest amenities showcase the appropriate textures and detail. The CGI creature also looks amazing and never too soft. The textures and stitching in the damp clothing and sweaters look excellent as well. Lastly, there were no major video issues with this film. 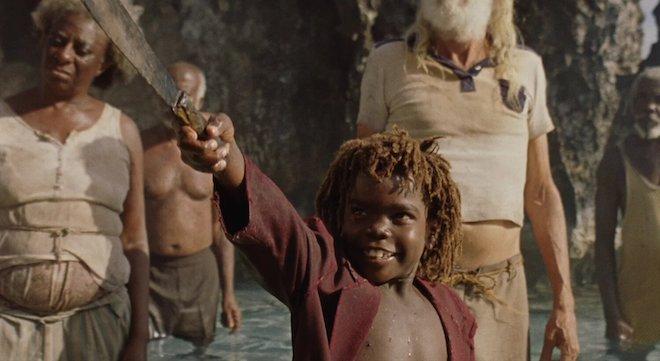 This digital release comes with an impressive Dolby Atmos mix that makes use of every speaker. The first scene of the film takes place inside an old diner with a crowd, where each speaker is delivering a different noise of people talking, yelling, plates clinging together, chewing, or having a fun pirate fight, while music is airing in the background. The first sign of deep bass comes when the late train comes rolling through with some smooth rumbling.

On the island, the sounds of birds, insects, and the volcano are the best uses of the soundscape, as well as the underwater scenes that have an aquatic filter. The music by Dan Romer and Zeitlin always adds to the emotional tone of the film in its own fantasy world and almost plays its own character inside the story. The height speakers add elements of water from above, voices in the trees, and more. Dialogue is clean and easy to follow and free of any audio issues. 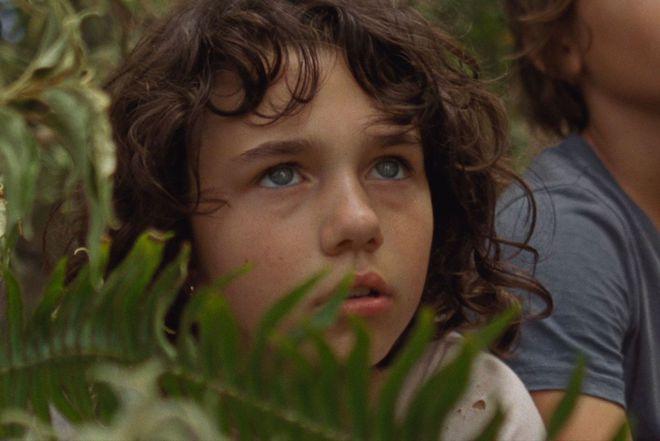 Like Zeitlin's films themselves, the bonus features are done in a stylistic way and are very artful with zero interviews, but rather just footage that is perfectly edited together in their own behind the scenes story. About 46 minutes of extras are included. 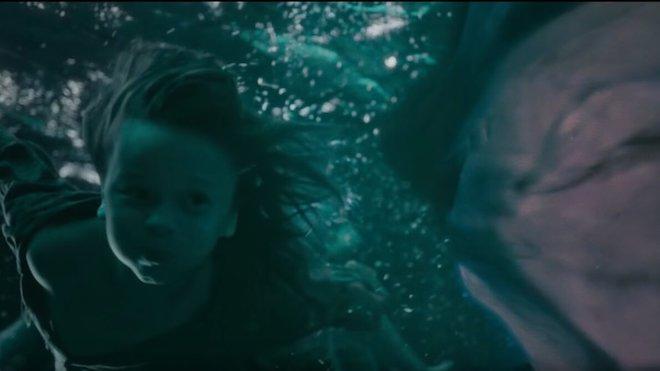 Wendy is an exceptional and distinctive take on the Peter Pan storyline that would make J.M. Barrie proud. Benh Zeitlin's outstanding visual style and ability to procure astonishing performances from young actors is something special. It's all on display in this excellent film. The video and audio presentations. are both top-notch and the extras are a delight to watch and not the usual run-of-the-mill bonus features. Highly Recommended!