The Criterion Collection brings the granddaddy of all science fiction films to Blu-ray with the arrival of Byron Haskin’s The War of the Worlds. Small town America is ground zero for the Martian invasion! Can Dr. Clayton Forester and his team defeat the alien menace before they destroy the planet? The stunning image transfer and alternate audio tracks are complemented with a dazzling array of bonus features sure to please ardent fans. This may be the definitive release of the celebrated film. Highly Recommended. 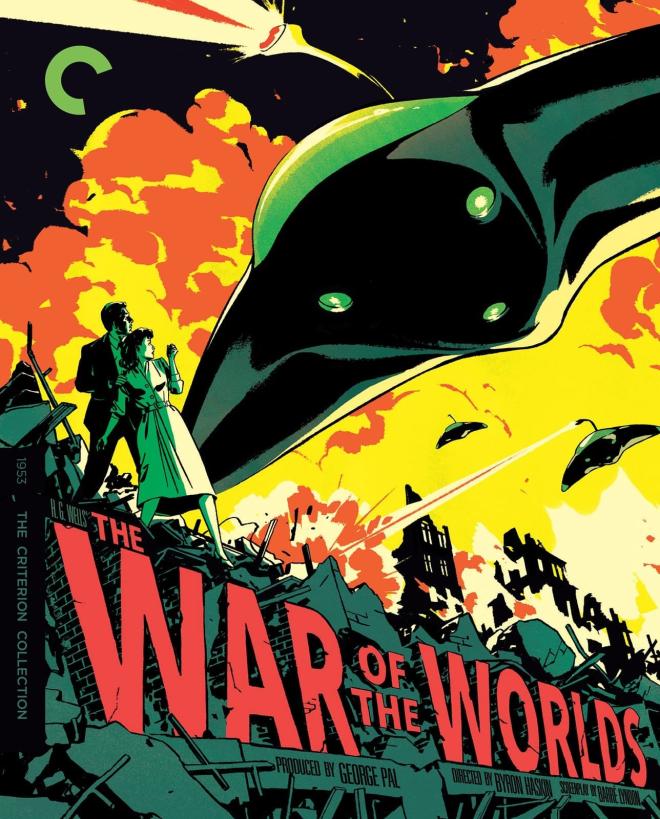 “The Martians can conquer the Earth in six days. “The same number it took to create it.”

A strange meteor races out of the sky and lands outside a good ol’ American town with a fiery explosion. The local civil departments put out the blaze and inform a group of University scientists camping nearby to have a look at it. “It’ll be a real good attraction for Sunday drivers” the townsfolk brainstorm just how they can exploit the travelers into buying food and souvenirs to see the meteor. Library science professor Sylvia meets scientist/dreamboat, Dr. Clayton Forrester, as he arrives on scene looking confident yet relaxed as a proto hipster icon. When his Geiger counter goes haywire naturally no one freaks out when he indicates the high levels of radioactivity in the area. And then we cut to: SQUARE DANCE! A polished metal appendage pops out of the meteor to survey the area. When the alien fires the death ray we’re treated to a blast of color so vivid and exhilarating it’ll light up your neighborhood. The power goes out in town and the square dance is put to a halt.

Forrester and the Sheriff head out to the gulley after they discover their watches are magnetized. Death Rays! Call the military! Wild speculation about Martians with three brains! Montage scenes of Americana! Commanding Officer General Mann arrives on site so obviously he must be introduced to the town pastor Dr. Collins, Sheriff Bogany, and Collins' niece who is now serving doughnuts and coffee to everyone as a combat nurse. The military exchanges fire with the invaders. The Martian’s war machines are reminiscent of manta rays with their weapons fired from an eerie cobra head extension above. Nothing stands in their way. Everything is vaporized. Forrester and Sylvia escape only to encounter the aliens which provides them with a sample of their blood. If they can get to the University they might be able to discover a weakness.

The War of the Worlds is a genuinely frightening film. Made during the optimistic ’50s when the atom bomb and spaceships were the stuff of curious wonderment, Haskin’s adaptation of Wells novel goes for broke and doubles down on scary effects and terrifying end-of-world scenes. Nobody expected anything like this in 1953 that’s for sure.  The film moves at a brisk pace squeezing the story into a delightful 85 minutes. Haskin prioritized action scenes leaving the limited melodrama as the connective tissue between death rays, explosions, and hysterical panic. The true terror of the film lies within the bleak tone established during the McCarthy era in which a fear of infiltration and invasion was widespread. While the Martians commanded sleek warships with skeleton beams vaporizing their enemies without remorse it’s when we get a look at them as fragile organisms that we see a bit of ourselves. Like them, we’re just another military hungry civilization out to decimate an enemy wearing our ignorance on our sleeve. This erosion of confidence and supremacy is a tough theme to swallow especially for modern audiences living life under pandemic quarantine.

Performances are solid and especially memorable in the film. As expected Forrester and Sylvia are thrown together to develop a romantic relationship amidst the Martian invasion. Gene Barry and Ann Robinson are wonderful together but at times it does feel like they should be in a Doris Day film instead. They play off each other well especially when Sylvia needs to scream in terror and needs a hunky scientist to rescue her. My favorite exchange occurs when the couple find a cozy farmhouse so Sylvia can make him some eggs as the world is burning outside. Forrester comforts her with “We’ll get out of here, don’t worry.” A confused Sylvia replies, “But they seem to murder everything that moves”. Haha oh, man that’s great. Supporting cast turn in committed, weighty performances such as Les Tremayne as Major General Mann, Robert Cornthwaite as Dr. Pryor, and Lewis Martin as Pastor Collins.

It’s a rare occurrence that a film’s restoration can change your opinion. Before this Criterion Collection Blu-ray started up in my player I had mixed feelings about Haskins’ The War of the Worlds. Introduced to it and many other classic sci-fi films thanks to MST3K I leaned into the unintended humor of the film and its perceived shoddy special effects. Rewatching it with this gorgeous transfer and surround mix has revealed something altogether different to me. A jarring and profoundly terrifying horror film has been hidden under years of lackluster home video releases. It reminds us that we’ve always lived with the fear of invasion and the mark of colonial smugness.

The War of the Worlds arrives on Region A Blu-ray in a single disc release thanks to The Criterion Collection. Pressed onto a BD50 disc and housed in a typical Criterion-style transparent case with an insert booklet. The disc loads to the Main Menu screen with an eye-popping graphic and title. Navigation options are accessed through the gorgeous slider style menu. 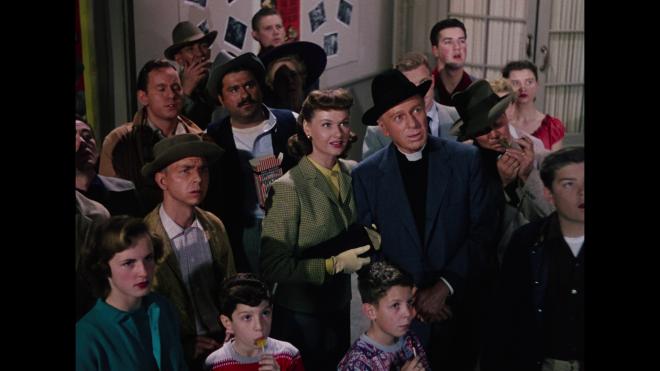 Presented in the film’s original aspect ratio of 1.37:1 this 1080p release of The War of the Worlds is a “new digital restoration created in 4k resolution” pressed onto a dual-layered disc with a max bit rate.  Image quality on this 4k master looks pristine and absolutely stunning. The technicolor hues are nicely rendered and coupled with bold primaries and even color tones across faces and costumes. Some color correction is evident with Mars appearing more red than previous releases which produced a blue-ish tint to the planet. Contrast is a tad darker than expected but fine detail is wildly apparent in darker scenes and shadow. Early scenes featuring the meteorite exhibit detail levels that are damn near astonishing. Across the scene, as three men are bathed in red light there is an impressive amount of detail as well. Sweat on the foreheads of the terrified men is clearly visible adding levels of tension to an already tense scene.

Visual effects here are crystal clear and look utterly fantastic. The cylinder crashing into the farmhouse is so well detailed and crisp you’d think it was produced today. The biggest wow factor for me was the Martian tentacle reaching out from the spacecraft in the third act. Detail, color, and depth are rendered so clearly you forget this movie is nearly 70 years old.

A few months ago Australian label IMPRINT put out an All-Region Blu-ray of the film featuring the same 2018 Paramount restoration. Though I haven’t seen the image transfer in-person reviews seem to indicate that little tinkering or color correction was applied to their release. I don’t want to say that Criterion has the better-looking version of the film without examination, but if the red planet Mars is any indication you better stick with this release. 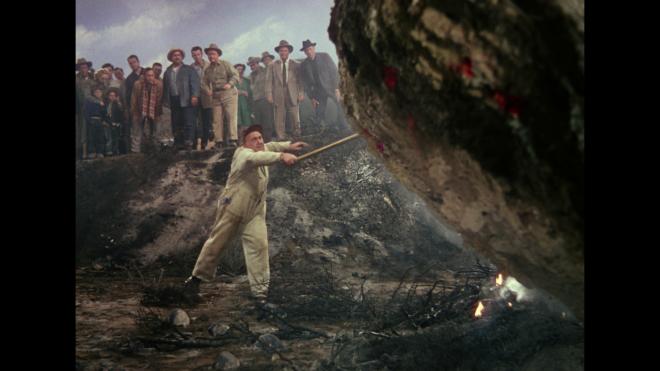 The War of the Worlds arrives with the original LPCM soundtrack and a 5.1 DTS-HD MA track created by sound designer Ben Burtt in 2018. Both audio tracks are solid with dialogue, effects, and scoring clearly presented. However, I am giving the edge to the newly created 5.1 track. It just opens up the film so much during those heightened action scenes allowing the menace of invading Martians to envelop the soundfield. The DTS just fires on all cylinders during the opening credits! LFE kicks in nicely when the death ray starts firing in the gulley. In the bonus features, you’ll hear more about this 5.1 track in the From the Archive featurette. 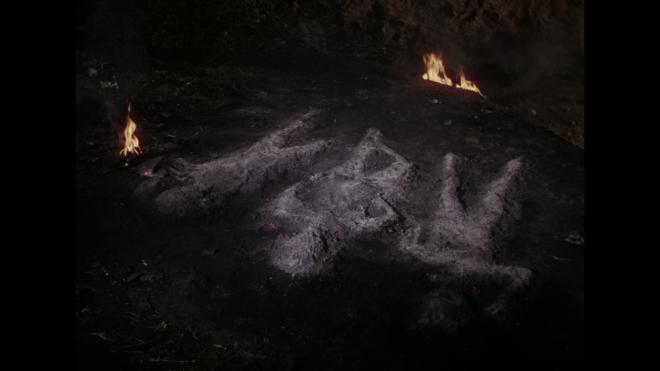 As expected Criterion has loaded this release with special features tailored to those who want to really dig into the film’s production and legacy. Start with Movie Archeologists and then pop on the Joe Dante commentary. 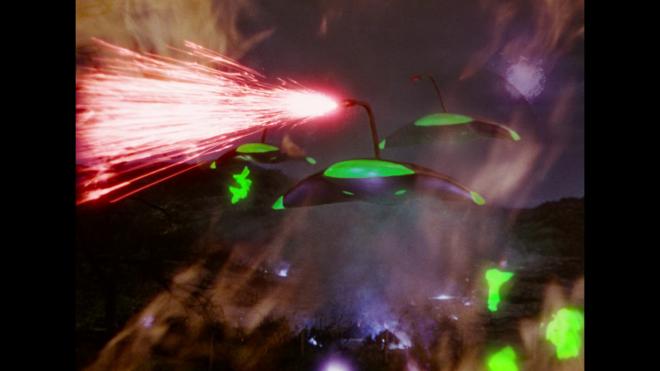 The War of the Worlds is considered the most influential sci-fi film ever and is responsible for the creation of generations of science fiction fans. The film translated the H.G Wells novel into a terrifying spectacle that reached into the cozy lives of an audience imbued with an idealism for the future after two World Wars.  In 2020 the film is relevant as ever as we fight off our own global menace.

Marred by countless home video versions that never presented the film in its original glory The Criterion Collection has produced a restored version here that is simply astonishing. Paired with an array of special features celebrating the work and impact of the film this release comes Highly Recommended.