The Call of the Wild (Digital)

The Call of the Wild follows a charming and outgoing dog named Buck who is forced from his life out in the wild where he fins his true calling out in the open world. He even crosses paths with a dog sled team, a pack of wolves, and Harrison Ford. It's a life well-lived. This digital version comes with a gorgeous 1080p HD transfer and has an excellent Dolby Atmos track, along with some worthwhile bonus features. Worth A Look. 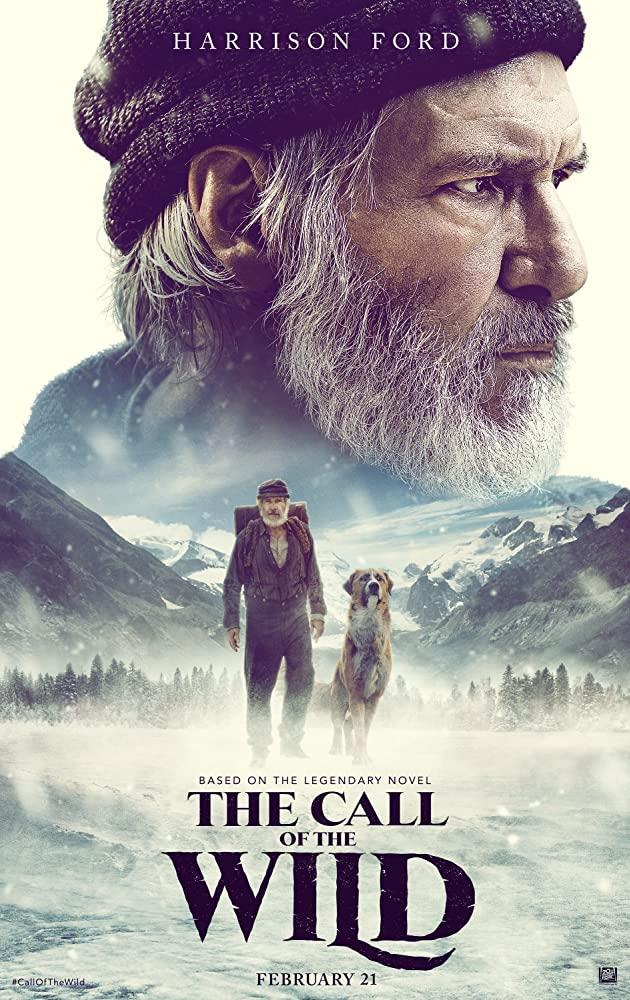 Jack London's famed novel The Call of the Wild receives the big Disney treatment on the big screen that follows a dog named Buck who finds his true calling out in the wild. With a small, yet stellar cast, including Omar Sy, Harrison Ford, Dan Stevens, and Karen Gillian - the film mainly focuses on the canine through most of the film, which is brought to life with heavy CGI. Those that complained about the non-emotional felines in the live-action Lion King can rest easy with The Call of the Wild because Buck the dog is full of every facial expression. While Disney plays the film safe and caters to its family-friendly audience, there are still a few things to like in The Call of the Wild, despite its many flaws.

Set during the 1890s during the big Klondike Goldrush where sled-dogs were in high demand, the lovable yet clumsy dog Buck lives with a wealthy family but is kidnapped, abused, and sold to a Frech dog sled owner Perrault (Sy) and Francoise (Cara Gee). Buck has never been out on his own, never really slept outside, and has no idea about what it takes to be part of a dog sled team.

Perrault and Francoise are kind to their dogs and take notice of Buck who quickly learns the ways of dog sledding and becomes alpha faster than normal. This is life for Buck as time passes, but everything changes once the dog sled business goes under. That's where John Thorton enters the picture some 45 minutes into the film. Disney pulled a fast one by relaying Harrison Ford was the big actor in the film, but the Star Wars actor might only have 30 minutes of screen time through the entire flick. From here though, the two form a bond as the two friends search for who they are supposed to be so late in life, where Thorton wants to reconnect with his family and realizes that gold is not the answer to life, where Buck realizes his animal instincts and implants them into becoming a part of a wild pack of animals, leading them to a fruitful life.

It's a great story, but Disney puts their stamp on it with the usual, predictable ways of storytelling that pull on the heartstrings. These heartstrings endure more emotion since there are dogs to deal with, but being a heavy CGI picture, there are some moments that look to unrealistic or cheesy. Director Chris Sanders is a veteran at Disney, who has been involved in some of the biggest Disney films to date, including Aladdin and The Lion King, not to mention creating and voice Stitch from Lilo and Stitch. His filmmaker's eye captures the beauty of the outdoors and manages to keep the story rolling while giving the computer-generated dog a ton of charm.

The cast turns in a solid performance with Omar Sy in the spotlight with his enthusiasm and lovable energy for his job and fellow canines. Harrison Ford is good as he is in anything, but he really nails the narration of the film the best, which is a crime that he hasn't narrated more films in the past because he's quite good at it. The Call of the Wild is decent enough but is ultimately forgettable in the long run.

The Call of the Wild sleds its way to digital video on demand through all major digital retailers with a 1080p HD transfer and a Dolby Atmos audio track. There a few bonus features, including a digital 6-minute exclusive. 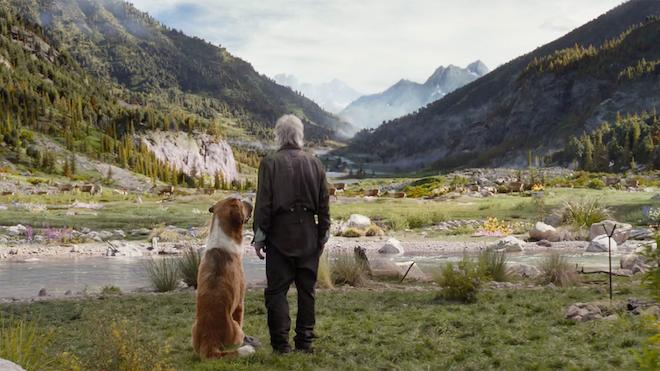 The Call of the Wild runs its way to digital platforms in 1080p and looks exquisite from its brightly lit exteriors in the wild to the dark and cold nature of the snowy mountains.

As with most Disney films, the color palette is simply beautiful and this film is no different. Colors of the white and grey snow are bright and well balanced that go well with the blue skies above and brown and green trees and mountains. The dogs provide some excellent warmer colors of orange, red, and brown throughout. When the film doesn't take place in the winter, the green grass and a multitude of rainbow-like colors in the flowers are fantastic and brighten up the screen. Lower-lit sequences are equally as beautiful as the dogs run through the night and the aurora borealis is lighting up the night sky. Warmer earthier tones of browns and greens come through in the wooden and rustic interior shots nicely. Black levels are deep and inky and the skin tones are natural.

The detail is very sharp and vivid as well, even in the lower light sequences where real humans are involved in the scene. Closeups reveal fine textures in the old clothing that show added and dirty clothes with threads hanging off them nicely. Facial features reveal individual scraggly hairs in Harrison's beard, dirt and grime on his face, and more. The computer-generated dogs look fantastic in closeups and well-lit situations. Each hair on Buck's face as his expressions change move smoothly and in time. However, in darker sequences, the CGI can look a little soft and murky. Lastly, there were no major video problems that crept up.

This release comes with an excellent Dolby Atmos track. Like most other Disney films, the volume needs to be adjusted a little higher for a normal listening experience. Once appropriately set, this Dolby Atmos track knocks it out of the park.

Sound effects are robust and loud from the start as Buck is running through the house where kitchen noises and the staff are preparing for a big event. Once the story gets going, most of the film is set outside where wildlife and nature noises run rampant. Animals howling, dogs barking and growling, and other insects can be heard perfectly. The snow sleds and the dog's footsteps all sound excellent in the snow.

There is a good amount of heft when the bass is unleashed during storms or the heavier action sequences. The bass is never over-powering but rather has a soothing rumble to it. Overhead sounds of rain or animals on higher ridges are remarkable and brings the film to an immersive viewing experience. The score always adds to the emotional tone for the film in an inspiring way and the dialogue is always clear and easy to follow along with, free of any audio issues.

There are about 41 minutes of bonus material included here, with behind the scenes featurettes, visually effects discussion, and working with Harrison Ford. These are solid bonus features that are worth a look for fans of the film. 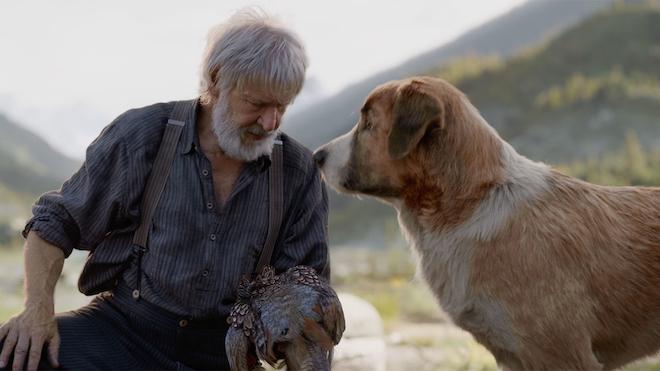 The Call of the Wild is a decent Disney adaptation with some good performances, a beautiful backdrop, and one lovable dog, even if its computer-generated emotions can seem a little much and on the nose. Still, there's enough to like about this film for a watch, before it is forgotten. The video and audio presentations are both good and the bonus features are worthwhile for fans of the film. Worth A Look.