Vivarium follows a married couple who are trapped in a hellish suburban nightmare they can't escape that evokes the best intentions of a Twilight Zone episode that stars Jesse Eisenberg and Imogen Poots. The 1080p HD transfer looks great while the Dolby Digital 5.1 audio mix sounds good. Only a couple of insipid extras accompany this digital release. Recommended! 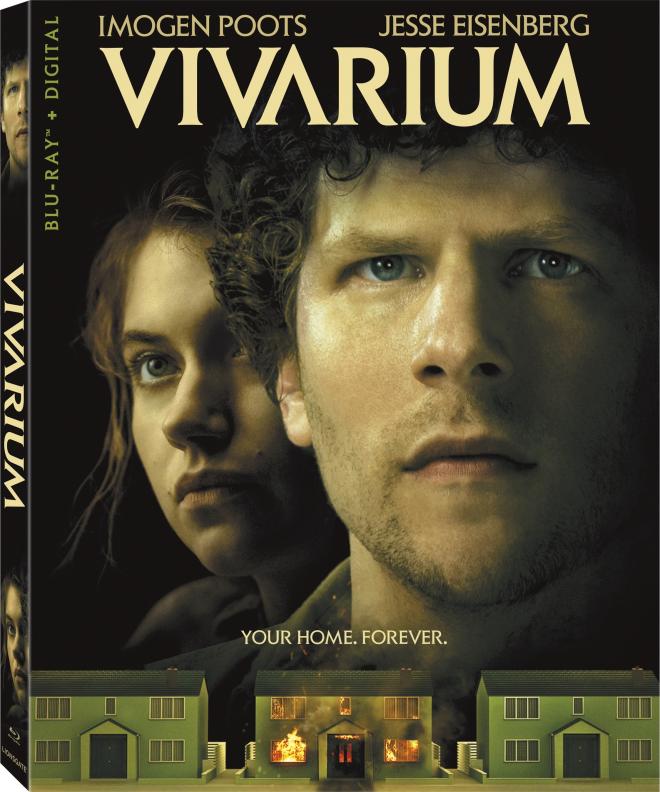 In what could be the season opener of The Twilight Zone or an episode of Black Mirror, the spooky feature film Vivarium checks all of the peculiar boxes for a horror movie all set in one location but adds a hefty dose of originality and terror in the most unlikely of places - the suburbs. While a lot of science-fiction and horror films are set in otherworldly locations or in the seedy underbelly of a metropolis, there are a handful of flicks that take the pleasant and sunny disposition of the suburbs and turn them into a scary place, such as Get Out, Poltergeist, and even The Truman Show. Vivarium goes the extra mile both in its visuals and underlying tone to create a universe of quiet, intense terror.

Film director Lorcan Finnegan brings his second feature film to the spotlight with a mix of a never-ending prison of mundane repetitiveness into a chaotic universe where Gemma (Imogen Poots), a teacher and her handyman husband Tom (Jesse Eisenberg) are at the start of their marriage and figuring out what the next step will be in their relationship. As furthering their lives together, the subject of moving to a bigger house comes into the cards that have the happy couple stopping by a way-out-weird realtor named Martin in the city. This off-kilter home seller tells Emma and Tom about a neighborhood called Yonder with great affordable housing for new couples with the slogan, "near enough and far enough".

If that isn't strange, once the three arrive in Yonder, ever house is the exact replica of the one before it in a neverending suburban hellhole of streets and houses that look exactly alike, complete with a crystal clear blue sky and picture-perfect cloud that never seem to change shape. In the middle of the home tour, Martin mysteriously disappears, leaving Emma and Tom alone, but as they try to drive out of the neighborhood or escape, they keep ending up at the same location - house #9. Once rations and food start arriving, the two unwillingly begin to take up residence in the new home. There are no phone or internet services, nor are there any neighbors in any of the houses.

Then all of a sudden a newborn baby arrives at their doorstep with a sinister message. This baby has a human form but is anything but human as it can flawlessly mimic anyone and grows exponentially fast. As time goes one, Tom grows distant and begins digging a physical and metaphorical hole in the front yard to figure out what has happened, while Emma fights her maternal urge to care for this strange kid.

Finnegan manages to create an atmosphere of suspense and horror from start to finish with a certain realism of how two people in love would tackle an ungodly situation without any escape. While Finnegan and co-writer Garret Shanley make use of some clever storytelling and genre tropes, the script doesn't explore to its fullest potential the many terrifying obstacles of raising a child, loneliness or becoming disconnected from a loved one. These are elements that Vivarium thrives on, but is also lacking resolutions with. Still, this film is wonderfully crafted in a hellish utopia with some fantastic performances, mainly from Imogen Poots who goes through the emotional gauntlet of happy in love into violent hatred. One of the only remedies Vivarium would need is an introduction from Rod Serling.

Vivarium escrows its way to digital video on demand through all major digital retailers with a 1080p HD transfer and a Dolby Digital 5.1 audio track. There are is only one bonus feature included, as well as an audio commentary track. 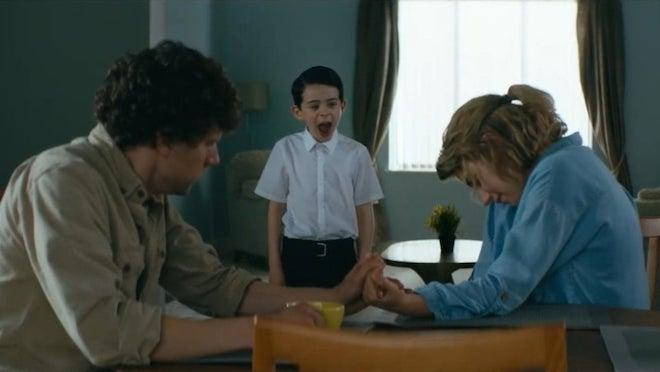 Vivarium purchases its way to Digital On-Demand with a great 1080p HD transfer that looks excellent from top to bottom in its pristine condition of suburbia.

Colors are bright and vibrant to start out within the real world. Natural primary colors are bright and bold on the young student's clothes and backpacks, along with their illustrations hung on the wall that is full of life and creativity. The sun beats down on the schoolyard with green trees and a wonderful blue sky. But once in Yonder, the color starts to slip away little by little.

The dull green homes mixed in with the stale silver air and fog are increasingly claustrophobic and match the interior of the house. The white in the milk that is served never looked so colorful when compared to the haunting green that surrounds the married couple. A few flashes of red and orange color pop up from time to time, but it's rare. These stylistic choices really make the film more intense. Black levels are rich and deep and the skin tones are natural.

The detail is vivid and sharp as well with revealing closeups of the actor's faces that show facial pores, beads of sweat, makeup blemishes, and individual hairs perfectly. The texture of the carpet inside the house showcase every fiber stitched into the floor, as well as the artificial grass out front, exposes each blade of grass. Wide shots never go soft and are completely dramatic with the textures in the house structures. Lastly, there were no major issues with banding or aliasing. 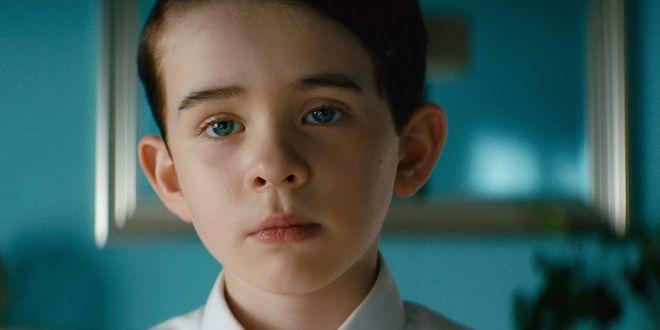 This release comes with a Dolby Digital 5.1 audio mix and does a great job with atmospherics and mood. Sound effects are loud and shocking when they occur, whether it be Tom shoveling the ground or hitting the small kid with a blunt object. Vehicle noises are realistic as well.

Other than that, it's a rather quiet sound design with a ton of dialogue that comes in the form of quiet whispers, to loud yelling, to a screeching young scream that seems to never end. The bass rarely kicks into high gear with the exception of some excellent musical cues to heighten the suspense. Dialogue is clean and clear and free of any audio problems. 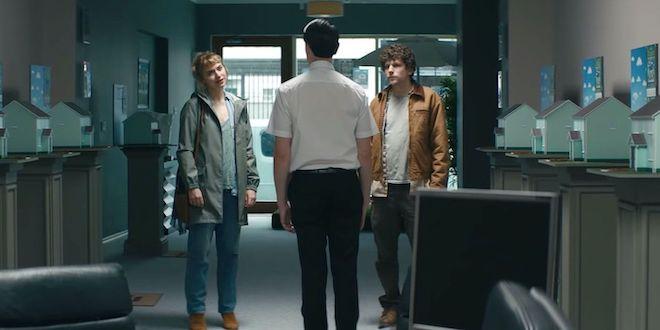 There are only about 21 minutes of bonus material included on one sole extra with the addition of an audio commentary. There's nothing really energetic about any of it.

Vivarium is a fantastic little horror film that consistently amps up the suspense and terror almost perfectly. Despite a few story flaws, this little project is definitely capable of being encapsulated in The Twilight Zone. The video and audio presentations are both good, but the bonus features fall flat. Recommended!