1983's iconic Flashdance from director Adrian Lyne, writers Tom Hedley and Joe Eszterhas features Jennifer Beals as a welder by day - exotic dancer by night - who dreams of making it big at a prestigious dance academy. Perhaps better known for its soundtrack than its story, Flashdance remains a fun show nearly 40 years after its release. Paramount delivers Flashdance to Blu-ray for the second time as part of the Paramount Presents label sourced with a decent but not revolutionary new 4K master with the same audio mix, and only a couple of the previously available bonus features. If you already have Flashdance - this isn't enough to encourage a double-dip. If you don't have it in your collection, it's a solid release, but maybe not necessary replacement for an already excellent available release. Worth A Look.

Alex (Jennifer Beals) has big dreams. A talented dancer at an exotic night club, she commands the stage and the audience. She wants to join a prestigious dance school - and certainly has the talent - but her fear of performing in close intimate settings keeps her from trying. So, she marks time as a welder at a Pittsburgh mill. Catching the eye and encouragement of her boss/boyfriend Nick (Michael Nouri), Alex gets the chance to prove to herself and to everyone else she's not just another floozy dancing at a nightclub - she has real talent. 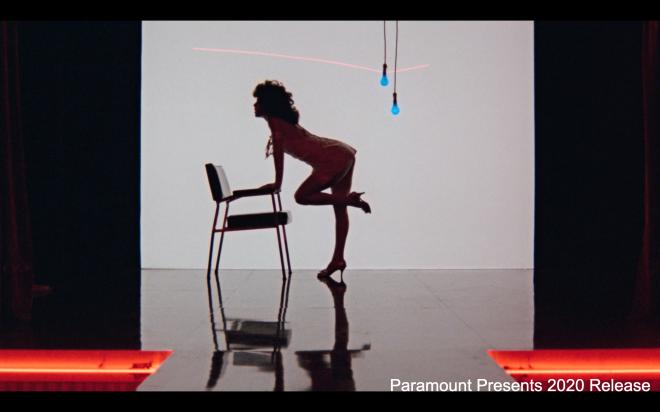 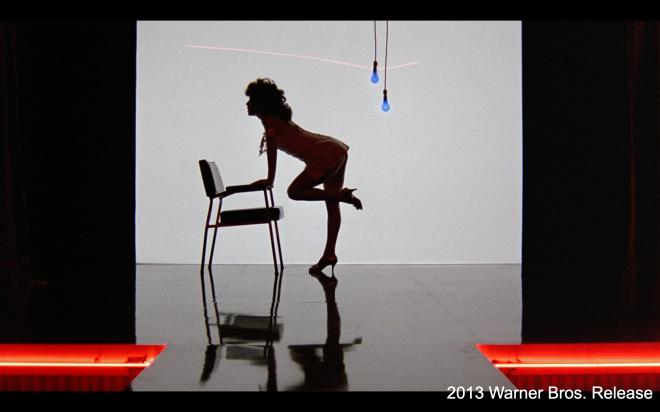 Being all of one when it hit theaters, Flashdance didn't really hit my radar until the mid-90s when the film seemed to have a resurgence at my school. Suddenly everyone seemed to have this soundtrack either performing tribute talent show performances to it - or doing outright parodies. A high school kid a few grades ahead of me did a recreation of Alex's aerobics routine to "Maniac" by Michael Sembello - it's important to picture he was about 6'2" and easily topped 250 pounds wearing spandex, it was quite the show! Even Mystery Science Theater 3000 did a goof with it as a host segment for their Horrors of Spider Island episode. Given the circumstances, it was quite a while before I earnestly sat down and watched this one.

And… it's alright. It's not a favorite. Flashdance is certainly entertaining, but it doesn't hit me in the nostalgic feels like it does with a number of people. What I appreciate most about this movie is that it works like a pseudo musical. The cast may not be doing any singing, but they're certainly performing in time with some of the catchiest pop songs of its era. There's a damned good reason this movie's soundtrack sold as many copies as it has over the decades. It's great. And the dance numbers are impressive as well. The cast - or at least their dance doubles - do amazing work on screen. Director Adrian Lyne with his cinematographer Donald Peterman deftly captures the sexy sultry imagery with vigor and style.

Where it doesn't quite work for me is neo-feminism as defined by Joe Eszterhas and Tom Hedley. Some folks like to point to this movie as an 80s female empowerment movie but that doesn't hold water for me. Sure, it's inspirational in that tone of going for your dreams, but it's not unique. Alex is talented and can choreograph intricate dance performances that earn the cheers of the hundreds of people packed into the club when we meet her… but she needs the encouragement of her boyfriend/boss Nick to try out for dance school and achieve her dreams? I'm all for a "go for it!" dream film - the best sports movies are essentially that - but here it all boils down to Alex being too emotionally fragile and Nick is the one to give her the gumption to try which to me undercuts any strength as an individual Alex carries. The finish may be a grand finale but she was already capable of doing that as we see her strut her stuff multiple times throughout the movie.

But there I go, trying to make sense of a movie like Flashdance - a flick that's hellbent on being cool with a killer soundtrack. Story and thematic misgivings aside, it is an entertaining show. If nothing else it's a great showcase for some impressive talents and considering the music videos that were clearly inspired by this movie - it certainly left a mark. It's just not one of my favorites. A viewing every ten years or so is enough for me - but I know plenty of folks who love this one to their core.

Flashdance gets a second chance on Blu-ray from Paramount taking over releasing duties of this title from Warner Brothers as part of their new flagship Paramount Presents label. Pressed onto a BD-50 disc, the disc is housed in a clear case with cardboard slipcover with spine number 4. The slipcover opens to reveal the original poster artwork. The disc loads to a static image main menu with traditional navigation options. 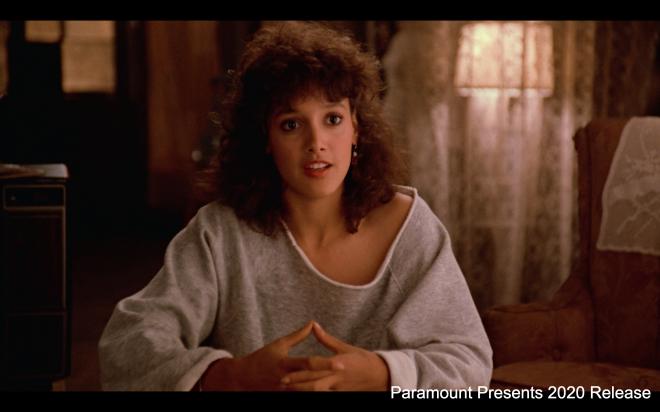 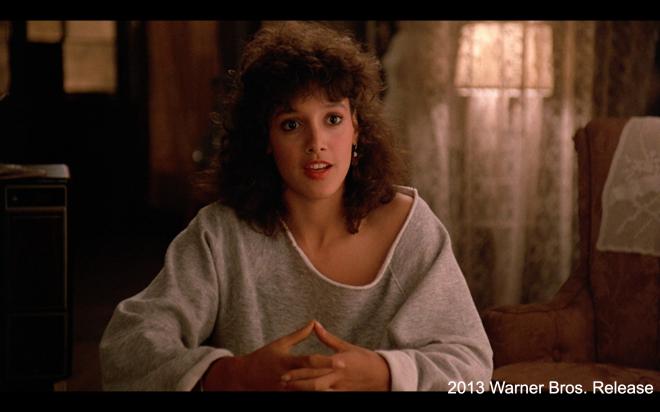 Flashdance already had a pretty great release in 2013, but for this new Paramount Presents edition, director Adrian Lyne oversaw a new 4K restoration - and the results are a bit of a tossup really. Both releases are impressive in their own ways and one doesn't completely outpace the other as they both have flaws. Film grain is apparent throughout but not as prominent. Some fine details are a little softer, but it also doesn't look like DNR was employed either. Flipping between discs, the grain in the 2013 disc could look a bit gloppy - especially against brighter white backgrounds, that effect isn't apparent here with the grain looking more stable. Primaries also appear to have been better handled this time around, the opening title card and subsequent credits have a deeper red quality where the 2013 disc looked a little more pinkish. Likewise in the dance club, reds of the lighting or the blue light bulbs in Alex's first dance number are a more true blue and less purple.

However, this new image is a couple of shades brighter than the 2013 release. While details don't suffer terribly, some hard lines are a little faded or Jennifer Beals' iconic collarless sweatshirt isn't as dark of a gray color and the pattern isn't as clear, or the grimy lines in the brickwork of Alex's loft aren't as darkly defined. To the credit of this new transfer, it's in great shape. The 2013 disc had some speckling here and there and a few fine scratches - those aren't apparent here. It also appears to be slightly reframed a little. I honestly didn't really notice it until I was sourcing comparable screenshots and the image does appear tightened a bit. It's a win some lose some scenario. Both releases have positives and negatives. I'd give the 2013 transfer a respectable 4/5 - this new 2020 master would be a 3.8/5 - I just like the darker image tone of the 2013 disc better. 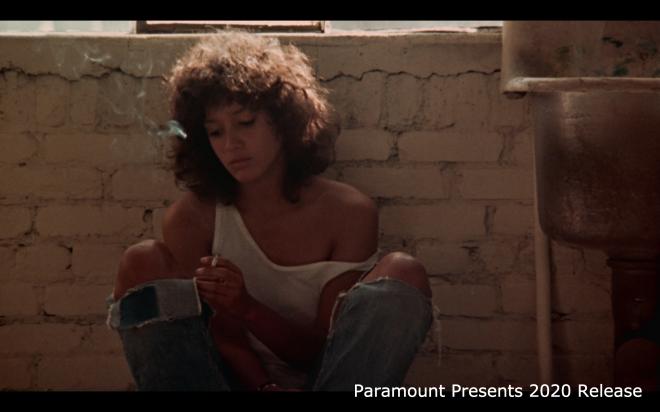 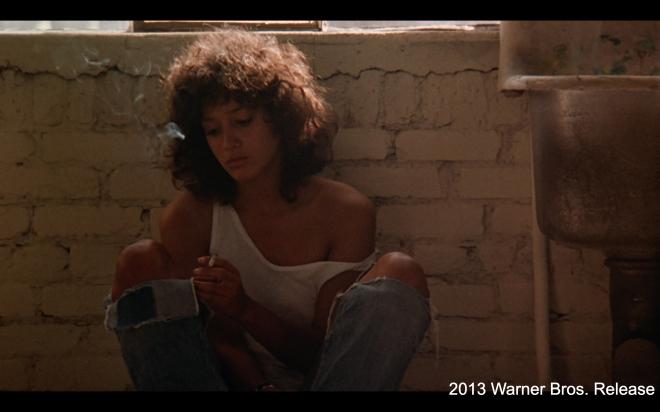 For this release, Paramount appears to be content with recycling the already impressive DTS-HD MA 5.1 mix of the original 2013 release - which isn't a bad thing at all. While conversations and sound effects and so forth are important, it's the music that gets first priority for this film and this DTS track ably handles the workload. Every dance sequence in the club, every montage interlude when Alex does her aerobics or the "workout" scene - the songs dominate the mix and go full tilt in the best ways. Dialog and sound effects for non-music sequences are strong and maintain a natural balance within the soundscape but aren't the showstoppers here. Alex working at the mill isn't a sonic feast for object placement. Those moments are best served when a sexy lady is on stage performing giving the music the dominance over the front/center channels while the sides activate the necessary but subdued crowd reactions. All around a great mix so I'm glad to see Paramount didn't feel the need to tinker with it. 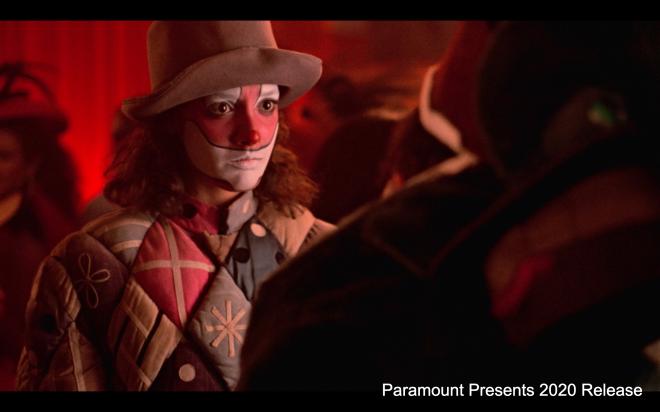 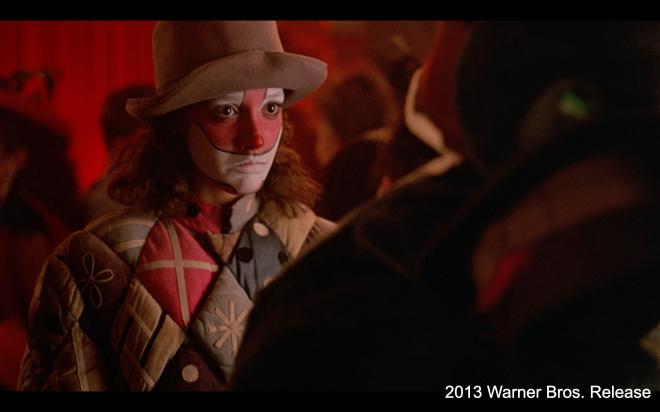 As was the case with To Catch A Thief - not all of the previously available bonus features were made available for this release - which is odd because these features are essentially part of one long documentary that had been chopped into pieces for past Blu-ray and DVD releases. While we get the new Filmmaker Focus interview with Adrian Lyne, it sacrifices roughly 30-minutes of the more interesting bonus features of older releases - and the shame is the new interview is scarcely 6-minutes long. Lyne does offer up some interesting details about lighting the dances, influences for certain sequences, but it breezes through things so quickly it feels like a very trimmed down interview from a much larger more in-depth piece. 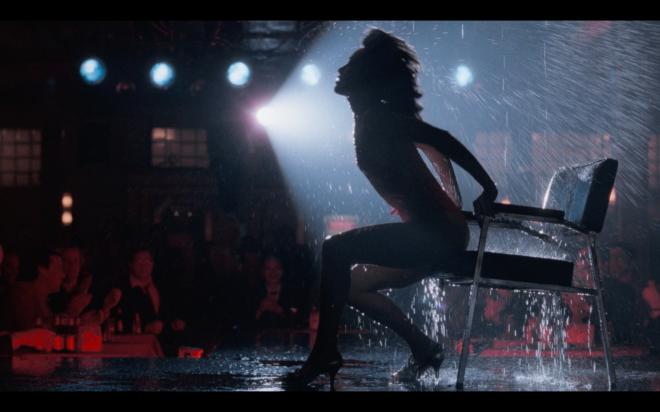 Flashdance offers a killer soundtrack with impressive dance sequences and really little else. Some people may draw inspiration to achieve their dreams from it, but I'm just not one of them. It's entertaining, but not one I would call a classic. Influential of its decade, maybe,  but not as a unique story, again - the soundtrack makes the movie. Without those tunes it's pretty dramatically flat.

Paramount gives Flashdance a second chance on Blu-ray as part of their Paramount Presents line of favorite catalog movies. The new transfer sourced from a 4K restoration supervised by Adrian Lyne offers some improved colors and visuals but isn't the night and day improvement some expected to see - in fact to some it may prove to be a less desirable experience than the 2013 release which itself wasn't perfect. The audio is the same as the previous release. Unfortunately, a number of bonus features weren't ported over making this package feel a little less prestigious as the studio would want. It's a solid release all around, but it's not the disc to double-dip for. If you already own Flashdance on Blu-ray - you're all set. If you've yet to pick the title up, this release is at least Worth A Look, but in all honesty, the 2013 disc may be more enticing.