Toyko Olympiad follows a non-traditional journey into the 1964 Olympic Games in Toyko from filmmaker Kon Ichikawa, where he focused more on the more subtle elements of the games than the gold medal winners and spectacle of it all. Criterion has released this new Blu-ray with a 4K master that looks terrific along with its original mono audio track. There are some exquisite new extras to go with the vintage ones. Highly Recommended! 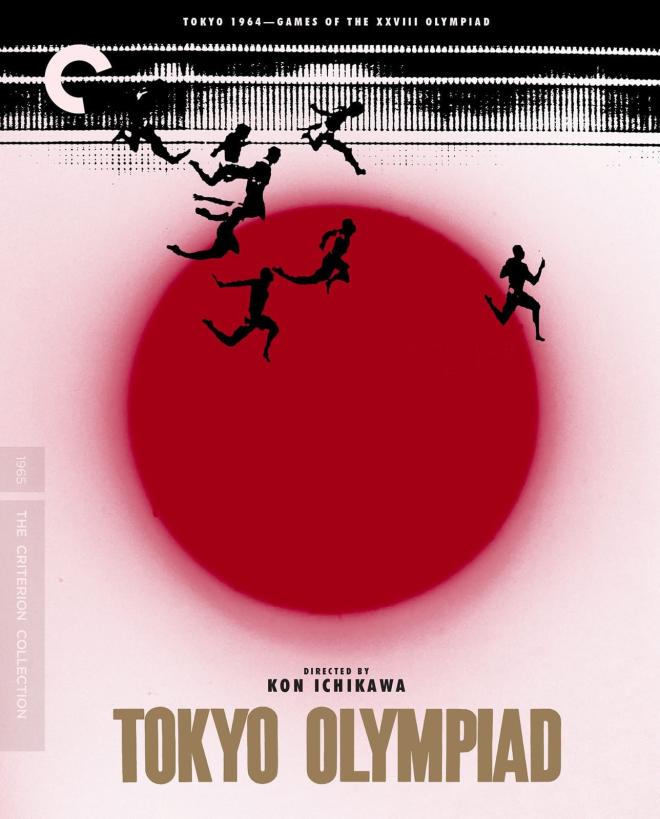 For the past twenty years or so, the Olympic Games have become more of a reality tv show with flashes of extraordinary feats of the human body and condition. With only a few minutes of the actual game and sports coverage, the majority of the tv reporting comes in the form of over-produced and canned emotional backstories from only the top athletes set to a cheesy music score whose only purpose is to draw those unearned tears from the people at home. Additionally, only the biggest athletes receive any amount of coverage that is plagued by constant reporting of how many medals and records these competitors strive for. That's all part of the Olympic Games and its message of perfection, but with so many countries involved, the numerous amounts of games played, and athletes that compete, a lot of stories from other athletes who are not well known do not get their time to shine, and with such a wide array of coverage, there's a ton of inspiring accounts of people that go criminally unnoticed. Fortunately, the Japanese Olympic Committee commissioned filmmaker Kon Ichikawa to document the 1964 Olympic Games in Tokyo that explores the agony of defeat, the more intimate moments with its athletes, and the joy of just crossing the finish line, in addition to a small amount of the usual gold medal circus in the film Tokyo Olympiad.

The 168-minute documentary covers a wide range of events from gymnasts and relays to even the weightlifters who are putting their bodies at extreme risk for the gold. Kon employed over 150 camera people to film the Olympic Games, which was all edited into a free form documentary with no narrative. Kon's artistic eye and unique way of looking at the world showcased his love for how the human condition deals with loss, winning, and being in the spotlight in front of the whole world, often filming closeups of warming up, sprinters legs running, the faces of the weightlifters struggling to lift an ungodly amount of metal in closeup mode, so much so that they reach a literal moment of breaking apart.

Kon also focuses more on those competitors that are not so fortunate to stand up on the podium to hear their national anthem, but rather the close runners up and how they cope and make light of the whole spectacle. Towards the end of the film, Kon centers the documentary on the big marathon event, which Ethiopia's Abebe Bikila won in spectacular fashion. However, Kon doesn't even show him winning the race but rather spotlights some of the runners who come close to last place where the fans cheer even louder for them to cross the finish line, or for one athlete who has to be encouraged to keep up the race from exhaustion. It's these smaller moments of human interaction and never giving up that Kon is drawn to.

Another big moment in Tokyo Olympiad is the time it takes to showcase Ahamed Isa, a little known runner from the Republic of Chad who didn't make it to the finals of the Olympic Games. Kon saw something in him though to film his journey, even if it ended too short. But the Japanese filmmaker told this wonderful short story about a young man who was coming in from his newish country into a bright and vibrant city full of photographers flashing his every move and not knowing a single soul there. Kon caught that social and cultural divide Isa went through, not knowing the language and even eating by himself in a cafeteria. It's the side of the Olympics that is never shown and brings it back down to earth in a good way.

Tokyo Olympiad tells the story of the unsung heroes of the Olympics and focuses more on the journey and lesser-known athletes than the hard, chiseled bodies that usually wear the gold. It's the most humanistic side of the Olympics that has been captured and has some o the best visuals of competition still to this day. Tokyo Olympiad is also part of the 100 Years of Olympics Box Set.

Tokyo Olympiad wins the gold on 1080p HD Blu-ray from Criterion with a new 4K master with spine #155. The disc is housed in a clear, hard plastic case with new fantastic artwork. There is also a booklet containing an essay, info, and specs on the film.

Tokyo Olympiad comes with a brand new 1080p HD transfer on Blu-ray in a 2.39:1 aspect ratio that looks phenomenal and quite possibly the best it's ever looked.

According to the Criterion booklet, this is a new digital transfer that was created in 4K resolution from the original 35mm camera negative, along with other 35mm camera negatives of sports compilation films, which was supervised by Warner Bros. Being a documentary, sourced from a ton of different cameras and archive footage from the 1960s, Tokyo Olympiad looks marvelous. That being said, there are still varying degrees of grain, softness, smooth transitions that are apparent. Clarity is not its biggest strength given the source, but the image is true to its nature.

The new transfer is ripe with bigger enhancements in the color palette, showcasing the many different colors of the countries that walk the track and field during the opening ceremony. The detail also reveals more of the sweat dripping from the athlete's faces, their facial pores, stubble, and even some light makeup applications. The 4K master is definitely an upgrade from previous versions with amazing image stability and bolder colors. There are zero video issues with this release.

Tokyo Olympiad comes with a Japanese LPCM 1.0 audio track with optional English Subtitles. Most of the dialogue is Japanese, but there are quite a few other languages represented here. Most of the sounds from the documentary are natural and native sounds, recorded right at the moment of recording, hence the fluctuation in stability, balance, and volume. That's not a bad thing though, as it's realistic intent is perfect and spot on. There are no tin-can type sounds, nor are there any audio dropouts or high spikes in the dialogue or sweet score that Kon used in the movie.

There are around 195 minutes of bonus material included on this new Blu-ray from Criterion with an additional commentary track. Brand new interviews are showcased, along with some vintage and added footage that didn't make the cut.

Toyko Olympiad tackles the human side of the Olympics in a wonderful way that sheds the spotlight not only on the big gold winners of the games, but also the ones that come up short and have the spirit of the games imprinted on them. The new 4K master looks excellent and the audio does its job in its naturalistic state. The brand new bonus features, as well as the vintage ones, are definitely worth watching. HIGHLY RECOMMENDED!