From the makers of all the James Bond films comes The Rhythm Section, following a woman (Blake Lively), who sets out on a personal revenge mission and transforms herself from an ivy league student to a vicious spy killer. There are an excellent 1080p HD transfer and a fantastic and boisterous DTS-HD 7.1 audio track. There are several extras included. Worth A Look. 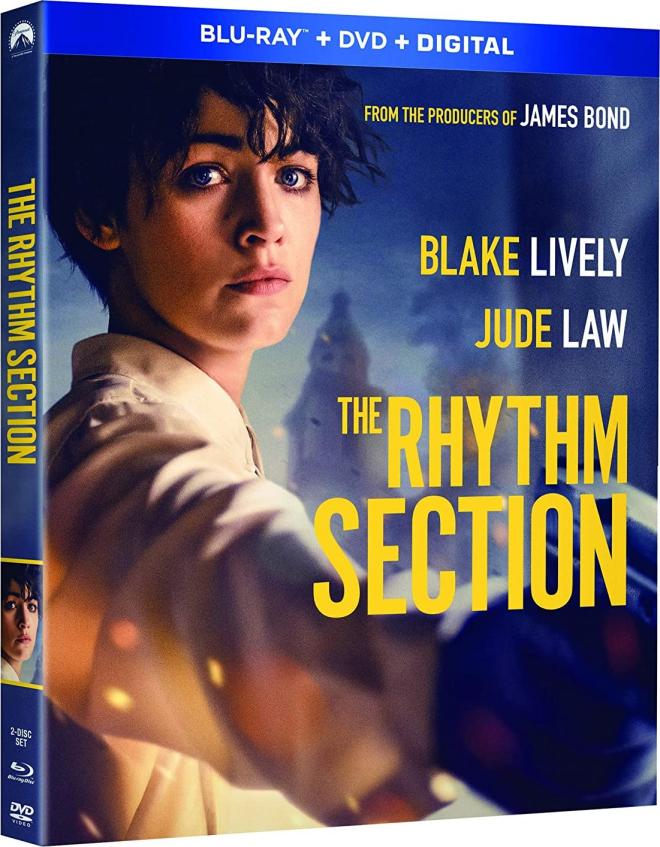 Blake Lively steps into the assassin world in The Rhythm Section from cinematographer turned director Reed Morano, based on the popular book of the same name by Mark Burnell. With international intrigue, a terrorist plot, and sheer vengeance at its core, The Rhythm Section is more grounded than it seems, but with an awful script and some serious pacing problems, this thriller comes up short and is far from anything thrilling, despite its R rating for violence. Even the title is horrendous. This all being said, Lively and Jude Law turn in solid performances and try their best to edge this would-be-cliche of a movie into something better than it is.

The Rhythm Section follows a woman named Stephanie (Lively) who turned to a life of drugs and prostitution since her entire family died a few years earlier in a plane crash. It turns out that this tragedy was no accident, but rather a terrorist attack. Through some research, Stephanie realizes this is true and crosses paths with Boyd (Jude Law), a mysterious government agent living off the grid who trains her to exact revenge on the terrorist organization that killed her family.

Eon Productions made this film with Barabara Broccoli and Michael G. Wilson producing. This is interesting of note because these three elements are responsible for the entire James Bond franchise in cinema. You can clearly see a 007 cloud hanging over The Rhythm Section’s head with its multiple global locations, betrayals, one person solely taking out the villains, and even a sex scene that ultimately ends the same way a Bond story has for decades. The difference here is that this film is more practical and calm without any over-the-top stunts or action sequences that require a million tons of explosives. It all feels much more realistic.

Additionally, the character that this virtually unrecognizable Blake Lively performs is completely not fit for the role of an assassin and the film by no means allows her to become the ultimate badass spy. On the contrary, Stephanie is consistently hurt, doubts herself, and barely gets the job done, which brings this thriller to a more balanced playfield and I commend it for that. But in this more controlled arena and with a sloppy screenplay that is never energetic or smart, the movie plays out at an ultra-slow pace that seems to drag on much longer than its 100 minutes run time, which culminates in the least organic and truly unsatisfying climax.

Blake Lively and Jude Law turn in good performances and you wish the two would spend more time together on screen either training or bickering with each other, but that’s not the case. There’s just not that much confidence in Lively’s character to make you root for her at all. Still, there’s something to be said about The Rhythm Section’s composed chaos, which was an original take on this material, but its execution just didn’t stick to its mission.

The Rhythm Section sets its course for Blu-ray with a 1080p HD transfer in a Blu-ray+DVD+Digtial Copy combo pack. The discs are housed in a hard, blue plastic case with an insert for a digital code. There is a cardboard sleeve as well featuring the artwork of Blake Lively in the film. 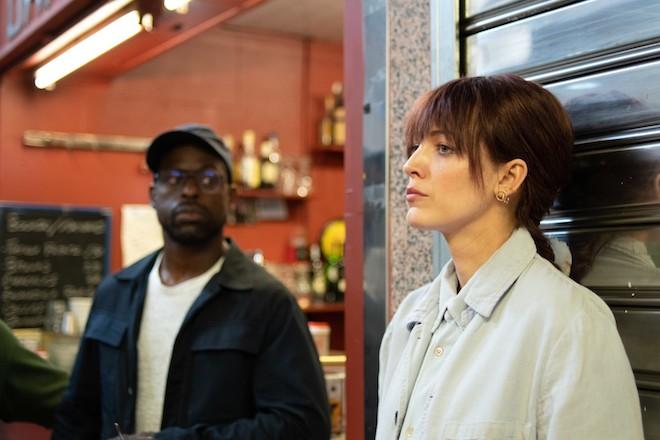 The Rhythm Section spies its way to a 1080p HD transfer on Blu-ray with a great looking color palette and vivid detail.

This digitally shot film boats a wide array of colors from stylized penthouses high in the sky to the earthy tones in the middle of luscious landscapes with some steel and stone cities packed with tourists. In the sequence where Stephanie and Iain are sparring and training with one another, there are rich green blades of grass mixed in with some wildflowers in the background. The dark blue water in the lake mixes well with the gray sky along with the many shades of brown on the old wooden house and barn. Some great primary colors pop out in the crowded markets and there's a great sequence filtered with red in a sexy, violent way. There's a gloomy and dim overtone throughout most of the film as it coincides with the story, but it never decays any of the colors. Black levels are mostly deep and the skin tones are natural.

The detail is sharp throughout with a good addition of some light film grain to give the image some raw grit. Closeups reveal freckles, scars, wounds, and facial pores nicely, along with some makeup blemishes when Stephanie is made up. Textures in clothing and city buildings showcase the natural elements perfectly with mold, and cracks in the stone. The mix of practical and computer-generated effects looks solid as well with no softness to the image. There were no major problems with the video, although there was some slight video noise in lower lit scenes. 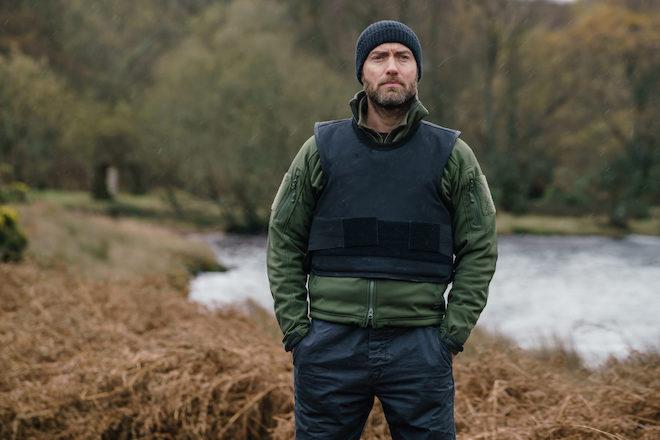 This release comes with a fantastic and "lively" lossless DTS-HD MA 7.1 audio mix that captures every element of the chaos on screen. Sound effects are robust and loud on all accounts. Gun blasts pack a punch as each bullet zooms past its intended target on each speaker. Vehicle engines have a major roar with some intense bass on the low-end side of things.

A big explosion towards the end of the film has a big impact with all of the debris noises falling through each speaker with great balance. The score always adds to the suspense and moody tone in each scene without drowning out any other sound element. The dialogue is always clear and free of any audio issues. 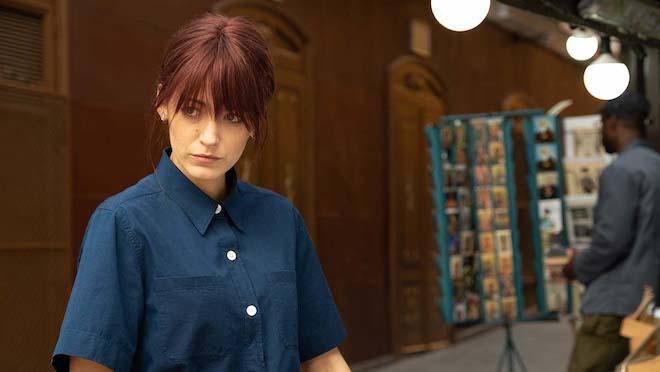 There are about 44 minutes of bonus material that seems to be all part of one big extra but has been split up. General film production and the big stunts are all covered, along with some deleted scenes. 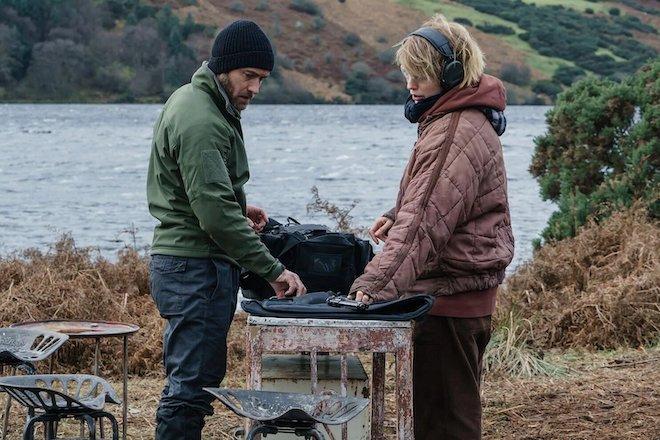 The Rhythm Section has a much more grounded action feel in the same vein as James Bond. That aspect is flattering in bringing the spy genre to its roots, but the execution doesn't survive the mission. The video and audio presentations are both very good and the short bonus features deliver some good information on how the movie was made. Worth A Look.