The Postcard Killings is an adaptation of a James Patterson novel that stars Jeffrey Dean Morgan as a police detective who is investigating a series of horrific murders that start when his daughter and son-in-law become victims. There is a great 1080p HD video transfer from a film that was shot entirely on celluloid, a less than stellar DTS-HD 5.1 audio mix, and one lone bonus feature. Worth A Look. 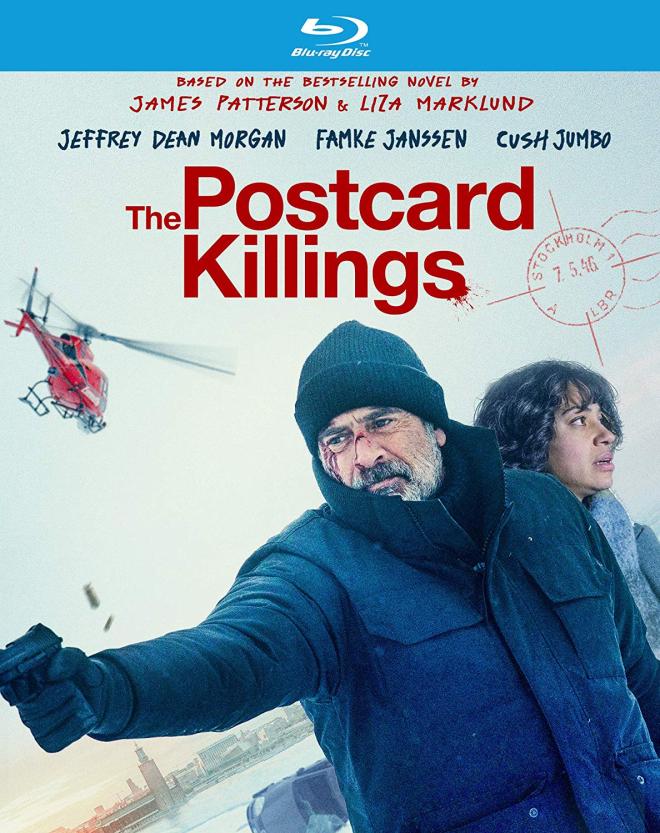 Prolific author James Patterson cemented his ink and name into fiction and cinema history with his stories about serial killers and police detectives. With characters like Alex Cross and films such as Kiss the Girls and Along Came A Spider, Patterson is no stranger to this thrilling genre where he delivers new material several times a year. His latest adaptation comes from his 2010 novel co-written by Liza Marklund called The Postcard Killers, now oddly titled The Postcard Killings for the silver screen. Once again, Patterson engulfs himself in the world of bizarre, grizzly murders, and a brute detective who tries to solve the case.

The Postcard Killings was in developmental hell for almost a decade with tons of top-tier talent coming aboard. The final go around the block landed the director Danis Tanovic (Oscar-winning film No Man's Land), and actors Jeffrey Dean Morgan (The Walking Dead) and Famke Janssen (X-Men).  There isn't anything new or original with The Postcard Killings with the exception of how victims are killed, but the usual tropes are firmly in place as the cat and mouse chase begins across Europe that tries desperately to be as smart as films like Se7en and Zodiac, but never survives until the end.

Jeffrey Dean Morgan plays the stereotypical case-hardened police detective Jake Kanon, who travels to Europe once he receives word that his daughter and son-in-law have been brutally murdered on their honeymoon. Once there, Kanon realizes there are more incidents happening in other countries too that are similar to his daughter's death. This particular serial killer's calling card is murdering couples and arranging their lifeless bodies the same way classical museum paintings are made, which is where a journalist in town will receive a note about the murder with some sort of classic quote.

At the halfway mark of the film, the villain(s) are exposed that leads into two different perspectives in the story. One being Kanon trying to solve the murders with his new European journalist friend Dessie (Cush Jumbo), and his wife back in the mainland, Valerie (Famke Janssen), whole the other perspective is that of the killer(s) who are seen stalking their prey and ultimately their actions. Tanovic wants to be clever with his camera tricks and storytelling, but it all comes at a very slow pace and has been done many times before. There are several moments where a twist wants to show its face or a rug tries to pull itself from underneath, but every element and key turn can be seen from miles away.

Morgan is charismatic enough in almost every role, but here, he is tossed through the emotional ringer of sadness, anger, and confusion as he struggles with the death of his daughter while trying to solve the case. Despite his great performance, The Postcard Killings plays out like a long TV episode of CSI or any of its counterparts without any big cinematic revelations. Like Patterson's books, it's become about the quantity and not the quality of the content, and that's clearly evident with this film version that feels like another needle in the haystack, despite some great gore, and a seemingly good setup.

The Postcard Killings investigates its way to Blu-ray from RLJE Entertainment. There is no DVD nor Digital Code. The lone disc is housed in a hard, blue plastic case with a cardboard sleeve, featuring the artwork of the actors of the film. 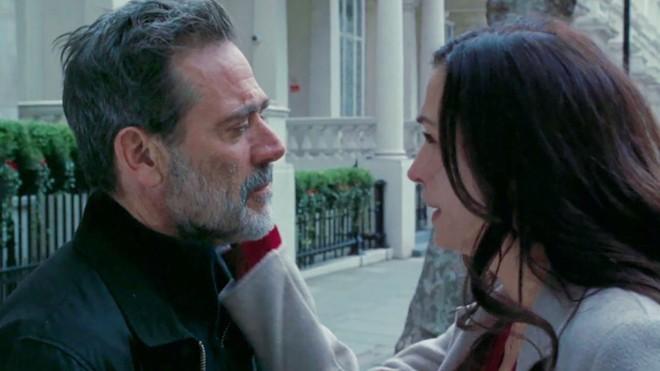 The Postcard Killings writes its way to Blu-ray Disc in a 1080p HD transfer with some wonderful visuals that come with bold colors and vivid detail.

Surprisingly, the entire film was shot using film celluloid, void of any digital filmmaking, which is extremely rare these days. The result is something special that brings back that nostalgic sense of moviemaking and a certain visual style that has more depth. The detail is sharp, but also has a light layer of grain that keeps the image from going flat. Individual hairs and facial hair on Morgan's face and head are easily seen, as are the makeup blemishes and textures in the costumes. The intense practical effects of the morbidly disfigured corpses with all of their gore are superbly detailed with every stitch, bruise, cut, and wound looking fantastic. Wider shots never go soft either.

The color palette is on the cooler side of things with some light blue and silver shades that coincide with the gloomy tone of the film, but when in daytime exteriors, the sun shines brightly with warmer shades of orange, red, and yellow that accents the green trees and brown buildings surround the actors. Even at dusk, the dark orange and pink sunset contrast nicely with the blue waters and lower-lit situations. Black levels are deep and inky and the skin tones are mostly natural. There were no major issues with banding or aliasing here. 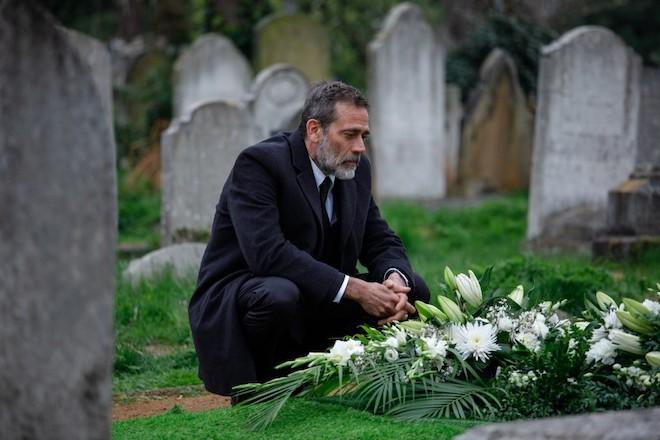 The Postcard Killings comes with a lossless DTS-HD MA 5.1 audio track that doesn't quite utilize all of the horror atmospherics and thrilling elements for this type of film.

This is more of a front-heavy dialogue-driven dramatic thriller rather than a big action set-piece. Sound effects are robust but are rarely used at full force and only occasionally show up in the rear speakers. The heavier action beats do provide a few low-end pieces of bass that have a nice rumble and the grotesque sound effects bodies being mutilated are quite good, but none of these sounds pack a punch that would have driven home the terrifying momentum this story seems to have.

It's rather quiet most of the time with a random outburst of yelling and breaking down of a character. The score is ultimately forgettable but does provide some suspenseful enhancements. Dialogue is clean and clear and free of any audio problems. 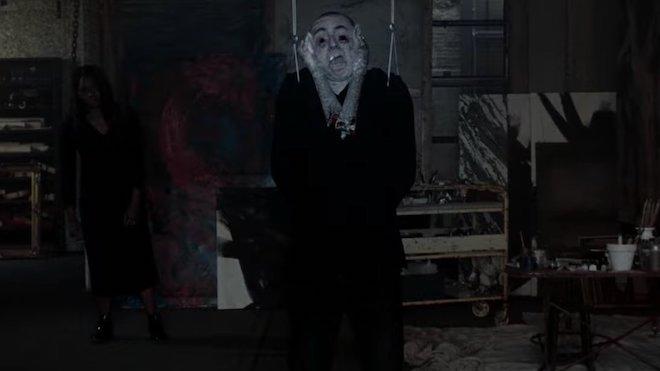 There is one lonely bonus feature accompanying this disc that is 7 minutes long, which is an EPK promo piece. There are three different trailers that play before the Home Menu pops up, none of which are for the film itself. 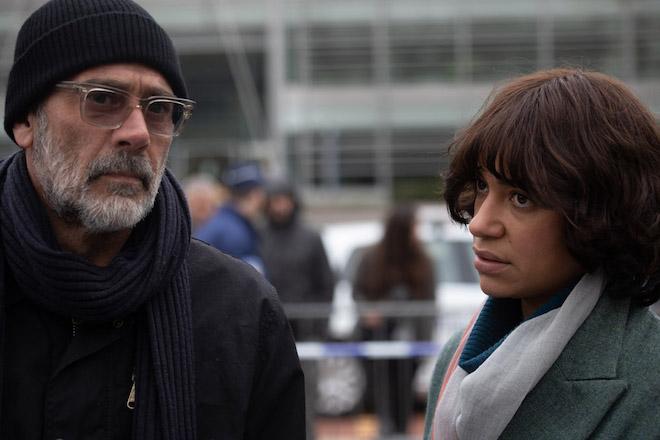 The Postcard Killings isn't exactly the next best vision in the serial killer whodunit genre but is satisfying enough for those curious or for fans of Jeffrey Dean Morgan that are seeking out something other than a maniacal zombie hunter. The video presentation is solid, but the audio track and one sole extra are less than desired. Worth A Look.