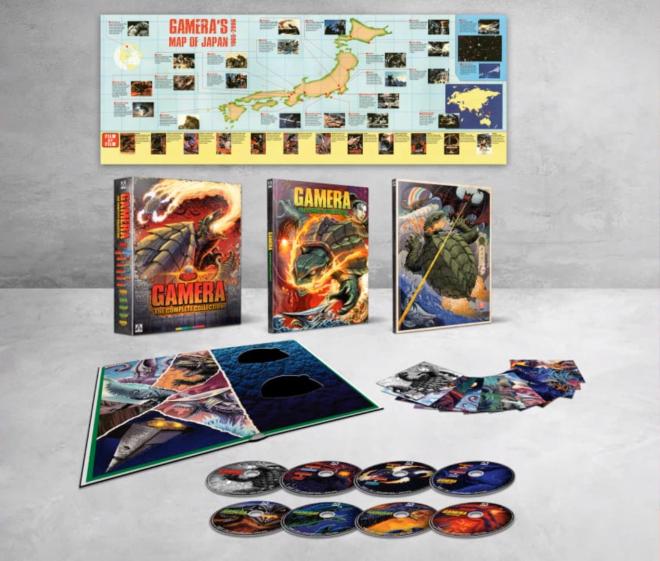 The original hero in a half-shell returns! For the first time ever worldwide, all twelve tales of the adventures of everyone's favourite titanic terrapin are collected together in one deluxe Blu-ray boxset. This limited edition collectors' set traces the decades-long evolution of Gamera, from the "friend of all children" in his more light-hearted earlier films, to the Guardian of the Universe in the groundbreaking 1990s reboot series, often hailed as three of the best kaiju films ever made.

DISC ONE – GAMERA THE GIANT MONSTER

DISC FIVE – GAMERA THE GUARDIAN OF THE UNIVERSE