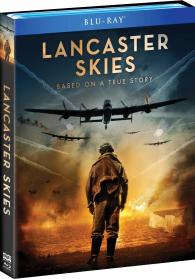 A loving homage to the classic British war films of the 1940s and '50s, Lancaster Skies soars in its depiction of the legendary bomber crews who fought for freedom.

Douglas Miller, a broken, solitary Spitfire ace who survived the Battle of Britain, transfers to Bomber Command, determined to take the war to the skies over Nazi Germany. Miller must take the place of a Lancaster bomber crew's cherished and respected skipper, who was killed in action. Though the crew is against him, he will try to gain their trust – and overcome the darkness in his past – to become the leader they so desperately need in the pivotal aerial battles that await them over Berlin!