Uncut Gems is a wild thrill ride through the seedy underbelly of the jewelry world as Howard (Adam Sandler) tries to manage his family, precious gem business, and a severe addiction to gambling while trying to avoid loan sharks. It's highly suspenseful and the best Sandler performance ever. There are a great 1080p HD transfer and a very good lossless DTS-HD 5.1 audio mix. There is only one bonus feature included here, but it's a good one. MUST-OWN! 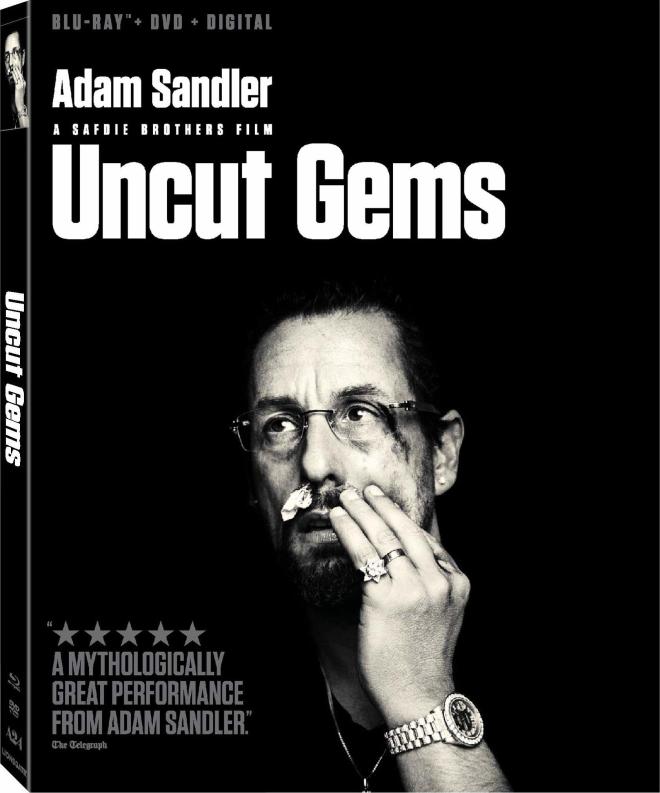 A New York diamond district dealer with a severe gambling problem snowballs into a series of violent and suspenseful situations in the new Safdie brothers movie Uncut Gems, starring a phenomenal Adam Sandler in a role like you’ve never seen him in before. Don’t get this man another comedy special, get this man the Oscar right now for his performance as Howard Ratner, the most irritating business owner in the world. This film is a surprise punch that might have the most intense sequences of the decade.

The Safdie brothers don’t make movies for families to enjoy on some happy-go-lucky level. That’s evident with their film Good Time. And even though Uncut Gems centers around a big family, it’s nothing but constant obnoxious yelling at one another, maniacal schemes to stay on top, and sweat-inducing characters who are constantly cursing at everyone and everything. It can be darkly funny and straight-up terrifying at times as the Safdie brothers weave this raving lunatic of a character through the dirty life of an addicted gambler and all the pros and cons that come with that way of living as we see in one scene where Adam Sandler is out on a normal night with his family watching his daughter perform in a school play, but then ends up naked in the trunk of a car.

As we follow this charged up character Howard Ratner, he has come across a football-sized stone with many precious jewels attached to it. His shop deals with celebrities and athletes alike who are looking for anything covered in diamonds and other gems. One of his customers is Kevin Garnett, the star NBA player who immediately takes a liking to this new giant stone. Howard allows him to hold it for a couple of days to see if it brings him luck and if so, Howard stands to make a huge payday.

As the film plays out though, you’ll quickly see that nothing goes Howard’s way. In fact, nothing goes right for really any character in the film with Howard stuck in the middle of every situation as he screams through his problems, wheeling, and dealing, and even with his mistress and wife who has seemed to check out years ago. After one mishap after another takes place, you can’t help but want to grab Howard by the coat collar and shake him to stop while he’s ahead, but being an addicted gambler, he has other plans, which includes taking and stealing money from the wrong people.

Deep down, Howard just wants to get ahead in life with one big win. He’s not the most likable guy, but you still root for him as his head is in the right place most of the time. And Adam Sandler plays this character with conviction and balances that line with dark comedy and violent rage as he tries to appease and talk his way out of every diabolical situation in his favor. I’ve never seen Sandler perform like this before, especially in a scene where he is talking up and inspiring Kevin Garnett at his desk. Where has Sandler been hiding this all these years?

Again, Uncut Gems is one of the most intense movies to be released on the big screen that will cause sweat, anxiety, and vocal reactions. It’s a wild experience with a spotlight on Sandler who delivers the performance of his career thus far.

Uncut Gems sells its way on Blu-ray + DVD + Digital Copy from Lionsgate Films. The discs are housed in a hard, blue plastic case with a rubbery cardboard case with the artwork of Adam Sandler. There is an insert for the digital code.

Uncut Gems appraises itself to Blu-ray with a 1080p HD transfer in 2.39:1 aspect ratio where the color palette and detail are both natural-looking and fantastic.

In fact, Uncut Gems was filmed on 35mm Kodak film and not digitally, which is evident throughout this old school looking motion picture. There is a great looking layer of grain that gives the image some depth that makes it looks like it was shot in the gritty 1970s. The detail is rather sharp here though with closeups that reveal every curly hair on Sandler's head and each age spot on his face. The textures in the jewelry and his leather jacket showcase a good amount of detail as well. The background of New York City and all its grimy and dirty buildings brandish some crude looking city shots that keep in line with the tone of the film.

The colors have a dirty gray and brown look through most of the film. The jewelry shop is mostly void of color expect when bright gold or silver bling pop out. There are a few instances at a club and casino where bright neon lights of the rainbow shine that give this gloomy, chaotic image some much-needed color, but in the end, it's all-natural and realistic. Black levels are deep and inky and the skin tones are organic. Lastly, there were no major issues such as aliasing and banding here. 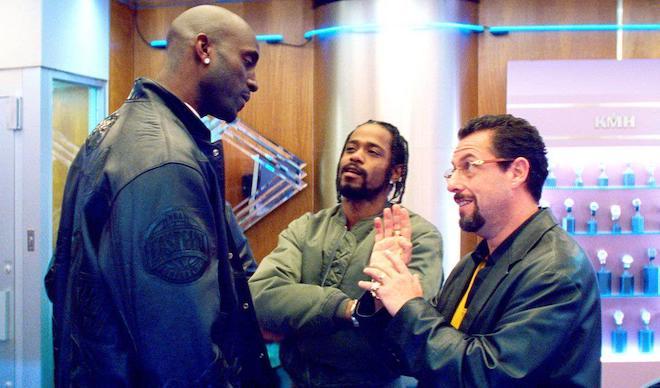 The film is a constant barrage of curse words and yelling that in certain sequences, it's difficult to understand who's trying to talk over who, but this impressive sound design has some great directionality where each voice comes from a different area that is fully immersive. The dialogue is clean and free of any pops, cracks, and hiss.

The sound effects of gunshots and physical altercations pack a punch with bass and the jewelry clinking together always sounds natural. The bouncing of basketballs always gives way to the necessary reverb and low end of the bounce in big arenas. The larger audio moments come when live basketball is being played, Howard is walking in the city, a busy night club playing music, and a hopping casino with many patrons pouring their money inside machines. The ambient noises of people yelling, talking, and music playing is excellent and provides a nice atmospheric setting. 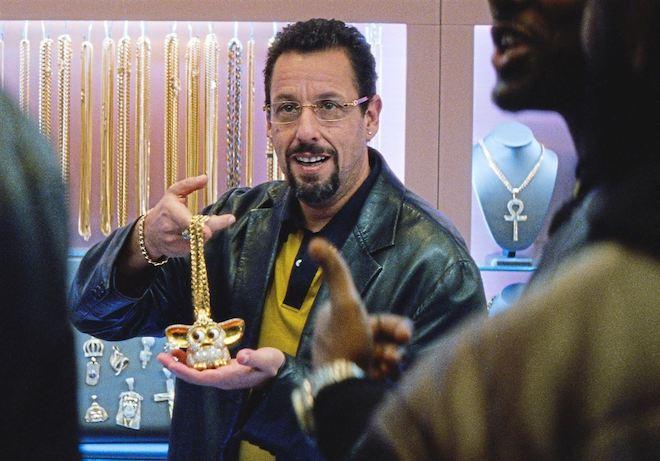 There is only one extra on this set, which consists of interviews and behind the scenes footage. 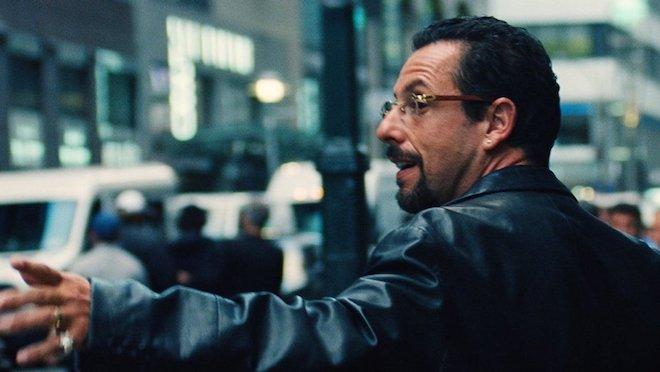 Uncut Gems is a chaotic thrill ride in the world of jewelry that stars Adam Sandler in his best performance to date. This is one of the best films of recent memory and is completely surprising. The video and audio elements are both great, but there is only one bonus feature included here on the Blu-ray, although the iTunes Digital Purchase comes with audio commentary and many other different extras.  MUST-OWN!