Dragonheart: Vengeance is the fifth installment in the Dragonheart series of movies that follows a young man set out for revenge with the help of a dragon he meets on his journey. With a DTS-HD 5.1 audio mix, a 1080p HD transfer, and a couple of quick bonus features, this movie comes Recommended! 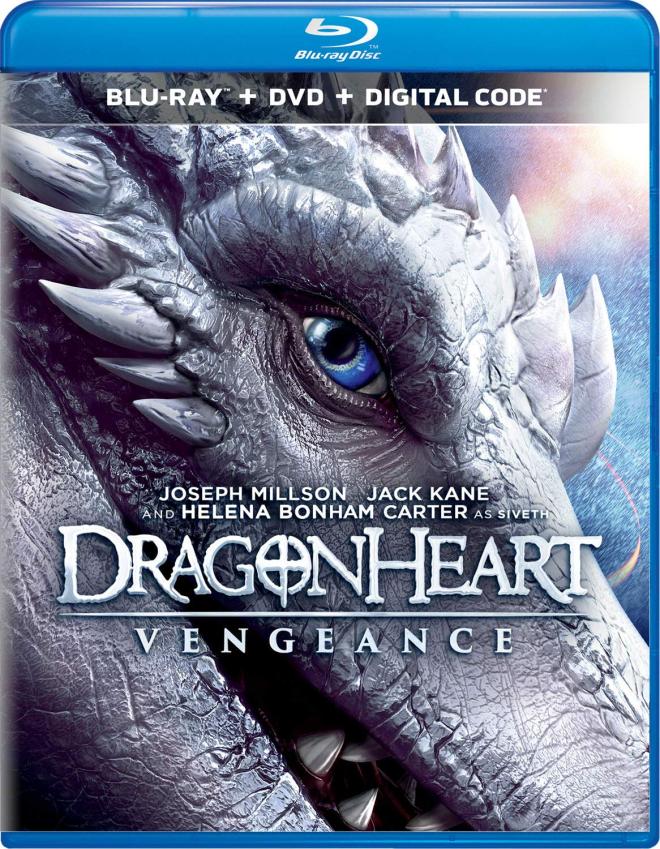 Magic, sword fights, and dragons are all part of Dragonheart: Vengeance, the fifth film in the Dragonheart franchise that all started back in 1996 with Dennis Quaid and Sean Connery voicing the scaled friendly beast. Over the years, dragons and fantasy films have become quite popular with the release of the Lord of the Rings Trilogy and HBO's Game of Thrones series. Dragonheart was ahead of its time. Since then, each sequel has made its way to direct-to-home-video with various A-list actors providing the voices for each dragon. With Vengeance, elements are changed with the first female-voiced dragon (Helena Bonham Carter) who spews ice instead of fire.

There's no telling how long this series of dragon films will soar high the sky for, but according to the prologue here, there are a total of eight dragons that have been waiting for their closeup. Being the fifth film, there could be three additional flying lizards in the future, before its inevitable remake. Still, the different filmmakers and writers involved in this string of movies manage to create some fun and thrilling adventures with darker attributes that continue to balance the line of family-friendly and grittiness.

Dragonheart: Vengeance centers on a young man named Lukas who happens to observe his entire family brutally murdered and home wrecked by a team of marauders. Blind with anger and vengeance on his mind, Lukas sets out to kill every person who was responsible, which leads him to enlist the help of Darius, a man who knows how to handle a sword. Shortly after this duo teams up, they are separated, leaving Lukas alone in the woods, which is where he meets Siveth (voiced by Helena Bonham Carter), a female dragon who prefers ice to fire. The two form a bond and set out to attack each of the bad guys one-by-one, where Darius ends up joining the pack.

For the fifth film in a movie franchise, Vengeance is remarkably entertaining with decent visual effects, swordplay, and fight choreography. It's surprising how well every aspect of this story came together and still achieves a sequel freshness, while still adding to the folklore and mythology of these dragons. Helena Bonham Carter is phenomenal as Siveth the dragon. She owns every second of screen time with her charm and authority and is a delight to watch. Vengeance still proves that there are fire and ice still alive in this old franchise.

Dragonheart: Vengeance flies its way to Blu-ray + DVD +Digital combo pack from Universal. The discs are housed in a hard, blue, plastic case with a great look embossed cardboard sleeve that features the artwork of the new ice dragon. There is an insert for the digital code as well. 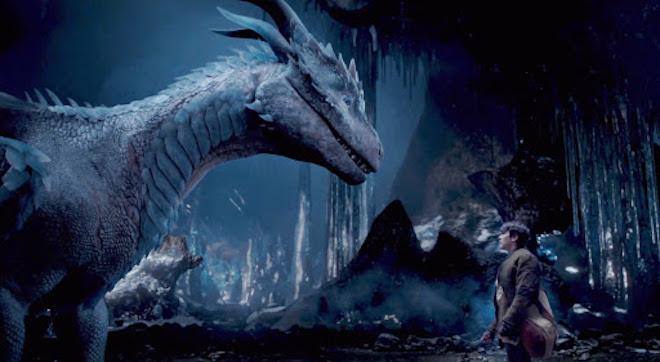 Dragonheart: Vengeance has a spectacular 1080p HD transfer in 1.78:1 aspect ratio with rich color and vivid detail in this digitally shot feature.

The color palette is mostly icy cool since the dragon is an ice-breather rather than encapsulated in fire. There are a ton of different shades of blue throughout with light blue dragon skin, the icy cavern it occupies, and steely blue surroundings. This all mixes well with some green and brown trees, along with some natural-looking skin on the humans. There is not a whole lot of red or orange in the film, which gives this sequel that icy-cool look.

The detail is superb that reveals wrinkles, facial pores, and individual hairs on the actor's faces in closeups. The practical effects of wounds, dirt, and gore also show up nicely. The dragon itself has all of the necessary detail of scales, and body wrinkles in its movement that show up perfectly in the CGI. Wider shots of the landscapes and wardrobe all give way to fine textures and detail that are easy on the eyes. Black levels are inky too. Lastly, there were no major issues with banding, aliasing, or video noise. 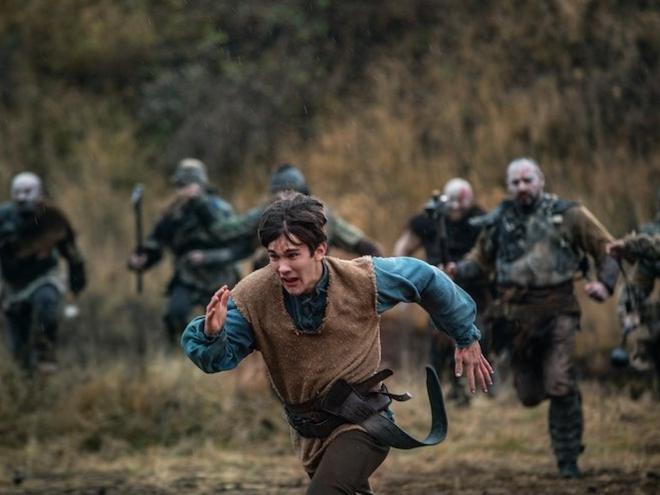 This Blu-ray comes with a lossless DTS-HD MA 5.1 audio track that is boisterous and full of atmospheric sounds from start to finish. Sound effects of the dragon's footsteps, its wings, and ice breath all sound nuanced and loud. Other noises of sword fights, wildlife, trees swaying in the wind, and people chattering are all robust and come through the rear speakers nicely.

The low end of bass kicks into high gear with a nice rumble in the bigger action sequences and when the dragon talks and walks. The score always adds to the suspense and adventure in each scene while the dialogue is always clear and easy to follow along. This is a nice immersive audio mix with no problems to speak of.

Only five minutes' worth of bonus material is included that are both EPK segments. Nothing of real value is included. 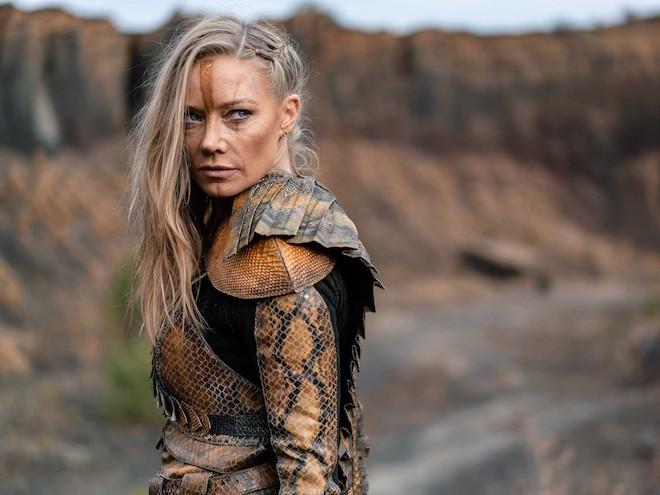 Dragonheart: Vengeance proves that there is still life left in this decades-old franchise and that dragons are as popular as zombies once were. There's a lot to like about this film and is better than most sequels that are five installments into their own franchise. With its great video and audio presentation and despite its lack of extras, Dragonheart: Vengeance is Recommended.