Writer/Director Robert Eggers’ hallucinatory fever dream The Lighthouse is a bold and eclectic psychosexual drama set in the late 19th century. With striking performances from Willem Dafoe and Robert Pattinson as two lighthouse keepers stuck on a lonely outpost the film is a bleak and unrelenting barrage that will attack your senses. Filmed in 35mm black & white with vintage lenses and a tight aspect ratio the film achieves an authentic and unforgettable aesthetic. Lionsgate brings the hypnotic sea yarn to Blu-ray with an impressive A/V presentation and enough bonus features to satisfy fans of the film. Highly Recommended. 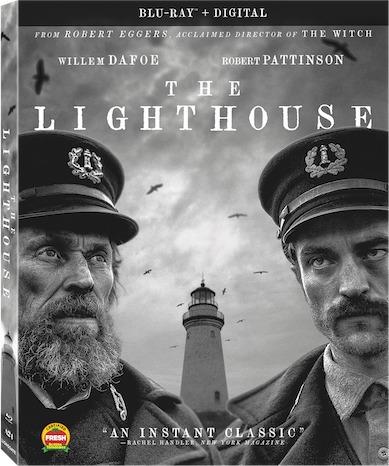 I had this roommate freshman year of college that was a real weirdo. Now for those who’ve seen the films I enjoy that isn’t raising any red flags. The roomie wasn’t any kind of weirdo I’d associate with socially. You know the kind that chats about Gasper Noe films and chugs eggnog with reckless abandon? But this roommate was different. Our tiny dorm starting closing in once the mannequin heads started piling up on his desk along with a bed covered in thumbtacks. In Robert Eggers’ The Lighthouse two strangers set about the business of cohabitating without realizing the demons that lurk beneath the surface. Thankfully my roommate and I went our separate ways before clashing although I never got a chance to try his lobster.

Ephraim Winslow (Pattinson) and Thomas Wake (Willem Dafoe) are two grizzled lighthouse keepers working a 4-week stint on a remote island outpost in 1890’s New England. Former lumberjack Winslow is new and naturally paired with the salty Wake who is a seasoned taskmaster ready to drive Winslow into the brink of insanity. Wake takes the night shift manning the light and subjecting himself to whatever hypnotic aura it projects while Winslow handles the daytime grunt labor. The demanding physical work wears on Winslow.

Coupled with the demeaning orders barked at him the young man begins to lose his grip on reality. Coupled with haunting visions from his past Winslow loses his temper and kills a rather annoying seagull. That night a storm rolls into the remote island making it impossible for the two men to leave. With their supplies and patience running low they begin drinking and eventually succumb to their warped vision of reality.

Known for his attention to detail and historical accuracy Eggers’ effort here is extraordinary but those history nerds bent on finding fault will surely notice a few anachronisms along the way. Where you won’t find fault is in Dafoe and Pattinson’s incredible performances. Stepping away from the film for an instant makes you realize just how talented these actors can be when given great material. Dafoe’s crusty Atlantic sailor is sheer perfection. His delivery of the now-famous line “Yer fond of me lobster, ain’t ye?” has already cemented itself into the minds of film nerds everywhere. Pattinson’s rural New England farm dialect is easily digestible compared to Dafoe but still delights me to no end. “I want a steak! I want a goddamned steak! If I had a steak, oh, boy, a rare, a bloody steak, if I had a steak, I would f**k it” is one of my personal favorites from Pattinson.

Told from Winslow’s perspective we’re introduced to the demanding persistence of Dafoe’s Wake by day and the alcohol-fueled, anecdote spewing sailor by night. He struggles to keep up with his duties which are numerous and as we witness, quite shitty. Playing the straight man here Winslow bears witness to the slow decline of Wake’s grasp on reality as the weather turns and the seagulls become aggressive.

The Lighthouse rides onto Blu-ray with the Nor’Easterly wind a-blowing like Gabriel’s horn thanks to Lionsgate. Housed in an Eco keep case the Region A BD-50 disc is accompanied by a digital copy insert. The disc loads to trailers for other Lionsgate releases before arriving at the main menu with traditional navigation options. 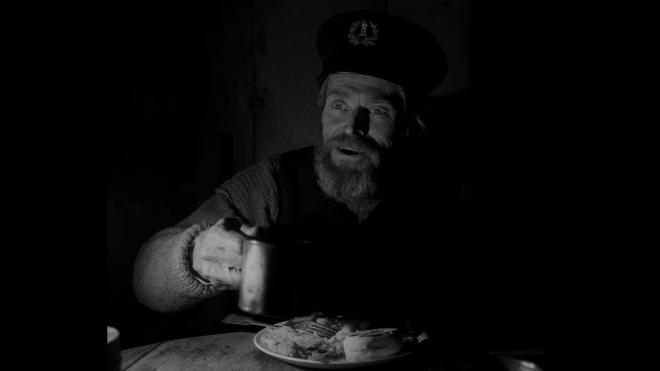 The Lighthouse arrives on Blu-ray with a 1080p AVC encoded transfer in a claustrophobic aspect ratio of 1.19:1. For a black and white film contrast is key. Here The Lighthouse provides an exceptional display of balancing inky blacks, bright whites, and the gradations of gray between the extremes. Fine detail is evident from the worn faces of our lighthouse keepers to bits of costuming and even the hidden textures within their ramshackle housing. Grain is tight and organic rendering the presentation both a technical and stylistic success.

Filmed on Eastman Double-X 35mm black and white film the production used a plethora of vintage lenses to achieve the unique look of the film. Cinematographer Jarin Blaschke also commissioned some custom filters sensitive to blue and green light to enhance the film’s look. Check out the bonus content on the Blu-ray to hear Jarin delve into the technical complications and equipment of the production. 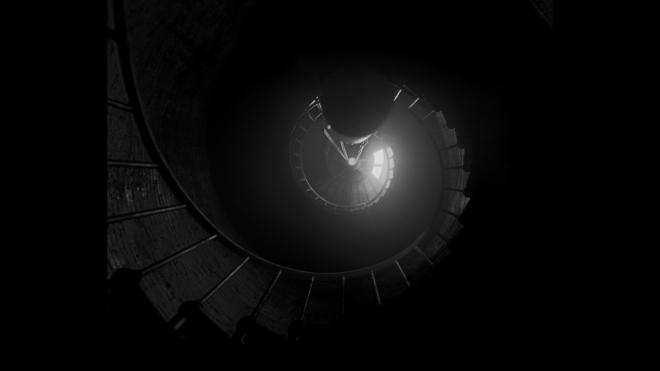 The Lighthouse shouts Hark! Hark, Triton. Hark! with a single DTS-HD MA 5.1 audio track that is spectacular. The dialogue driven film utilizes the surround channels effectively with ambient sounds and scoring elements filling the room. Seagulls, that damn foghorn, and ominous atmospherics dominate the texture. LFE frequencies were confident but minimally used in the audio mix. Dialogue is clean and clearly presented through the center and front channels. No detectable hiss or distortion. Scoring from Mark Korven is considerably minimalist but a hauntingly beautiful addition to the visuals on screen. 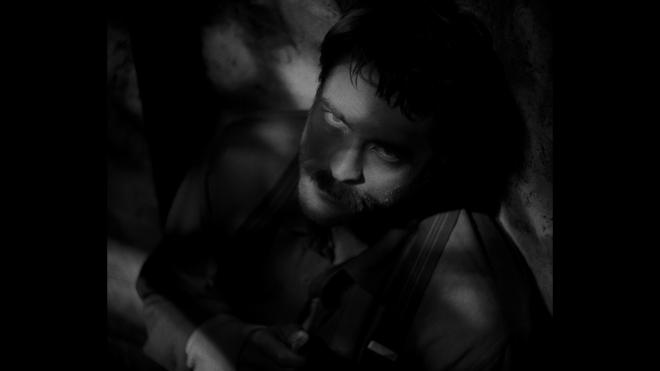 While not flush with bonus content I’m happy that at least a commentary track was included. The track is well worth checking out if you enjoyed the film.

Audio Commentary with Co-Writer & Director Robert Eggers A highly detailed and thorough commentary with the director that covers nearly every aspect of the film.

Deleted Scenes (HD 5:15) Four scenes that were cut from the film.

The Lighthouse: A Dark & Stormy Tale (HD 37:45) A three part featurette detailing the film’s production. It’s not as exhaustive as the commentary track but worth seeing for all the behind-the-scenes footage. 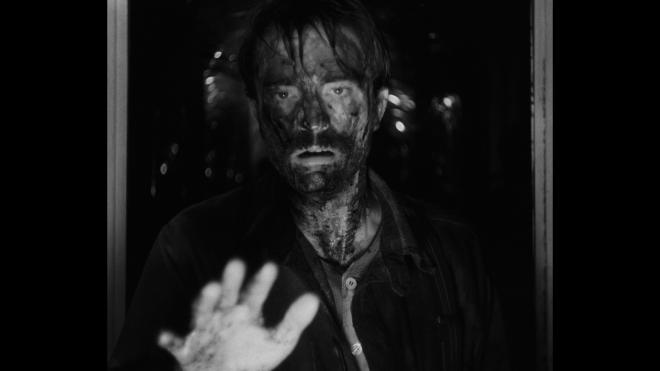 Robert Eggers’ The Lighthouse is a thrilling descent into madness that could also be the best dark comedy of the year. Dafoe and Pattinson give career-defining performances in this dreadful and nerve wracking fairy tale. Coupled with themes of masculinity, folklore, claustrophobia, and fantasy the film is difficult to define other than it is a mood all its own. Featuring an impressive A/V presentation and enough bonus features to satisfy fans this Blu-ray of The Lighthouse is a technical success. No need to tell me, old timer! This one is Highly Recommended.

Sale Price 9.99
List Price 24.99
Buy Now
3rd Party 6.01
In Stock.
See what people are saying about this story or others
See Comments in Forum
Previous Next
Pre-Orders
Tomorrow's latest releases