Crank up the Glenn Frey because the heat is on Blu-ray with the Beverly Hills Cop Trilogy! Eddie Murphy brings some Detroit street smart comedy to the stuffed shirt California detectives cracking wise and solving cases. The first two entries are action-comedy classics while the third may not be fresh but it's watchable. Paramount Pictures gives the franchise a glossy uplift with each film in this three-disc set getting a fresh 4K remaster. Each film sparkles with a beautiful video transfer and an action-packed engaging DTS-HD MA 5.1 audio tracks. Bonus features are limited to the original film and with only a couple newly produced extras. Just the same - having all three films in one place is great. Highly Recommended.

"This is the cleanest and nicest police car I've ever been in in my life. This thing's nicer than my apartment!"

Street-smart undercover Detroit police officer Axel Foley (Eddie Murphy) plays the law enforcement game his way. When his childhood pal is murdered in front of him while carrying millions in bearer bonds, Axel follows the clues to sunny Beverly Hills. In order to solve the case and catch a drug ring, he'll have to team up with the stuffed-shirt by-the-book cops Taggart (John Ashton) and Rosewood (Judge Reinhold) and show them how real cops get the job done. 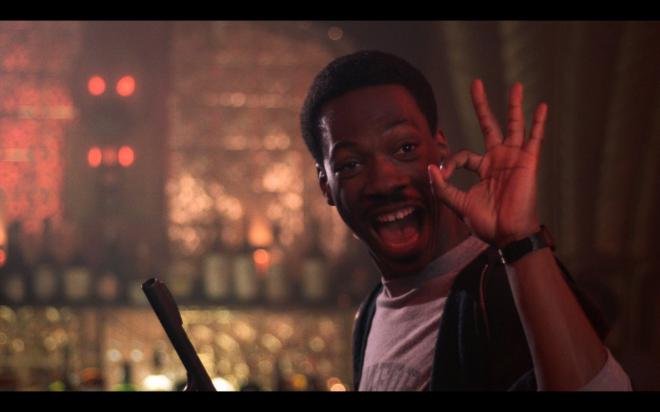 "Are you driving with your eyes open? Or are you, like using the force?"

After Beverly Hills PD pal Bogomil (Ronny Cox) is shot investigating a series of robberies, DPD wiseass Axel flies out to help Taggart and Rosewood. On top of frustrating internal politics, Foley will have to contend with a heavily armed gang of thieves lead by Brigitte Nielsen and Jürgen Prochnow! The jokes are going to have to fly faster than the bullets if Foley hopes to get out alive. 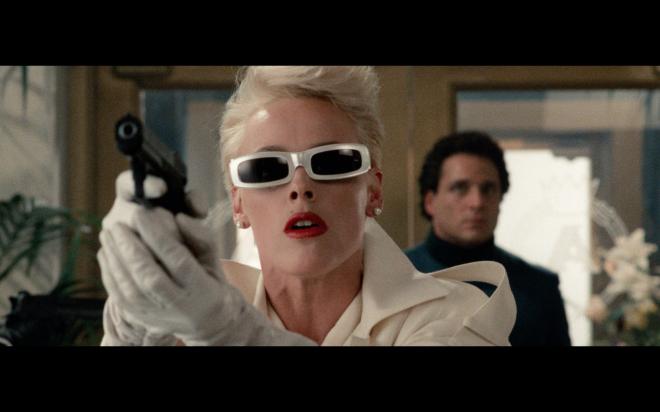 "You know they don't give out Oscars in prison, right?

After his boss is murdered in a bust on a gang of car thieves, Axel Foley once again makes his way to Beverly Hills to show the local law how real police work is done. This time the bad guys are operating out of a major theme park bringing the danger and the hilarity too close too home. 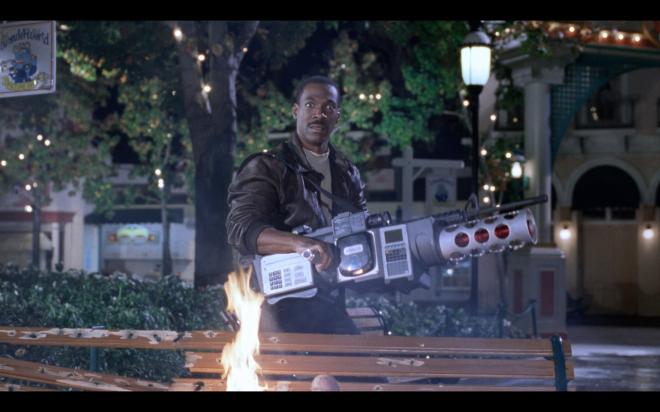 For me, my love for the Beverly Hills Cop franchise had the unfortunate starting point of the third film. I was 12, I was dropped off at the theater to see this when my mother up to that point wouldn't let me see any of the other films. So naturally, I was excited that A: I could go to an R-rated Eddie Murphy movie on my own and B: it was a Beverly Hills Cop movie! And in that lens, I had a blast. I thought that was one of the funniest things I'd seen. Not long after I was finally able to rent the first two and I quickly realized yeah… no, Beverly Hills Cop III was not a great movie.

Martin Brest kickstarted the franchise with a crackling comedic script and great action scenes. Tony Scott amped up the action and twitched the silliness up a bit and crafted a sequel that was as good if not maybe a little better than the first film. Somehow… John Landis, a comedy legend who could manage big action scenes dropped the ball. While there are some brief fun bits, BHC III can be a slog at times. I still have some nostalgic memories of it but there is some sad desperation to the comedic bits that get cringy when I watch it today. It's trying way too hard for low-yield returns. All the same, I have a lot of love for the whole trilogy. The nearing-40-year-old me longs for some Foley nostalgia and does hope a little that the fourth film gets made, but after so many 80s franchise regurgitations we've endured lately it's probably best we just let this one rest. Just watch the first two films again. They did it right the first and second time thirty-odd some years ago.

Beverly Hills Cop Trilogy arrives on Blu-ray thanks to Paramount Pictures in a three-disc Blu-ray set. No DVDs or Digital codes available. Each film occupies a Region A BD-50 disc and is housed in a standard three-disc case with identical slipcover artwork. Each disc loads to a static image main menu with traditional navigation options. Beverly Hills Cop is the only disc with any bonus features.

Beverly Hills Cop takes a second bow on Blu-ray while Beverly Hills Cop II and Beverly Hills Cop III make their 1080p debut in grand fashion. Sourced from new 4k remasters, each film looks fantastic. Fine film grain is apparent and naturally look in each case - depending on how the film was shot a little more prominent from one entry to the next - with a welcome film-like appearance. Details are also exceptional. I never bought the first release of Beverly Hills Cop simply because I wasn't impressed with the improvements over the Special Edition DVD. Here it's a pretty solid leap in detail, color, and black levels. Likewise BHCII and BHCIII each shine bright with what looks like very recent restoration masters. Primaries offer plenty of pop with skin tones looking healthy and natural. Black levels also lend themselves nicely to the image quality giving each film a nice sense of depth. Free of any speckling, scratches, or damage, each disc looks fantastic.

Uniformly each film earns an impressive and respectable 4.5/5 - they could only look better in 4K at this point.

While the last two films of the franchise enjoy new DTS-HD MA 5.1 audio tracks, Paramount was apparently content to recycle the same old track from the 2011 disc. It's alright in the sense that it checks off the boxes, but the soundscape really isn't all that dynamic and feels more front/center than an atmospheric surround experience. Comparatively, Beverly Hills Cop II and III feel like a better effort was made to manage atmosphere and space within the soundscape. Dialog is clean and clear throughout while there is enough surround placement to keep channels engaged. Gunshots get the biggest punch in Beverly Hills Cop II lending to some nice LFE effects as those cannon-like explosions rip across the screen. As a full experience, Beverly Hills Cop II comes out on top followed closely by Beverly Hills Cop III. Beverly Hills Cop gets the job done but it still sounds strangled a bit without much punch compared to its sequel siblings.

Considering the popularity of the franchise, it's a shame this set didn't get a massive swath of new interesting extra features. The first film gets some new material but most of the best stuff is recycled from previous releases while II and III are shafted completely.

It's taken long enough but now fans can finally get all three Beverly Hills Cop films are available in one place. While not quite a true "special edition" set loaded with exciting new bonus features for all three films, Paramount didn't skimp on the A/V presentations. Each film is given a fresh new 4K restoration/remaster effort. The first film easily looks better than its 2011 counterpart but endures the same middling/decent audio mix. Beverly Hills Cop II and III get terrific Blu-ray debuts with sparking new 1080p transfers and robust active DTS-HD MA 5.1 audio tracks. The only way this set could be better is in 4K UHD with HDR - which the first film is available digitally. If you're a franchise fan it's great to finally get all three in the same place. Really the only downside is I won't be able to get that theme song out of my head after watching these back to back. Highly Recommended.