Drive-In terror looms large with Richard Kiel as the caveman Eegah! from The Film Detective. This independent monster mash and MST3k favorite clubs Blu-ray over the head with a new 4K restoration and a smattering of fun bonus features. It may not be the greatest B-movie ever made, but it's a hell of a great time and looks better than ever! If you're a fan you'll want this one in the collection. Recommended.

"Watch out for snakes!"

If you ever wondered where James Bond's most fearsome foe Jaws got his start, now you know! A Drive-In classic, Eegah! plays to the groovy swinging 60s monster movie vibe with Richard Kiel as a long lost caveman who falls in love. Played as a tribute to classic monsters like the Hunchback or the Phantom of the Opera, Eegah! isn't quite as memorable - but he's a good time!

For those who missed out on the original Drive-In experience, Eegah! found new life as a fan-favorite episode of Mystery Science Theater 3000 under the Joel years. Even unriffed, the movie is still a cheesy riot and a crowd-pleaser. It's wild to see a movie of this vintage and budget and marvel at how good it looks restored and preserved on Blu-ray. There are major studio films that don't get this level of restoration effort! To see how far the film has come, The Film Detective was able to include the MST3k episode in the extras and it really shows the effort to restore details and colors. If you love your horror movies with a little extra level of camp, it doesn't get much better than Eegah!

Eegah! creeps out onto Blu-ray thanks to The Film Detective in a single disc release limited to 1500 copies. Pressed on a Region Free BD-25 disc, the disc is housed in a standard sturdy case. Also included is a booklet with an essay by Don Strandley. The disc loads to a static image main menu with traditional navigation options.

I never thought Eegah! would get a 4K restoration effort, but here we are! For this 1.66:1 1080p transfer, Eegah! has never looked better. Given the filming and budget limitations, this one practically sparkles like it's brand new! There are a couple of rough reels still that are baked into the source, an early investigation scene after their first run-in with Eegah is a notable stretch of discoloration. However, the rest of the show shines with a well-detailed image, bold colors, a natural grain presence, and some nice impactful black levels!

Sporting a DTS-HD MA 2.0 audio mix, Eegah! also sounds great - but again with a lot of baked-in issues. Slight hiss and popping are evident throughout, but it's never overly distracting. If anything these side effects lend themselves to the show a bit. Dialog looping is also in and out with some lines in the same scene recorded at different times or randomly added in to fill an exposition gap. Sound effects are pretty in your face. Again a lot of the effects sound like they were added in post-production. When the sound is sourced from the on-set recordings you can tell. They're more hollow and tinny without impact. But again, this is nitpicking pieces of an independent B-movie made nearly 60 years ago. For what it is, it sounds great! 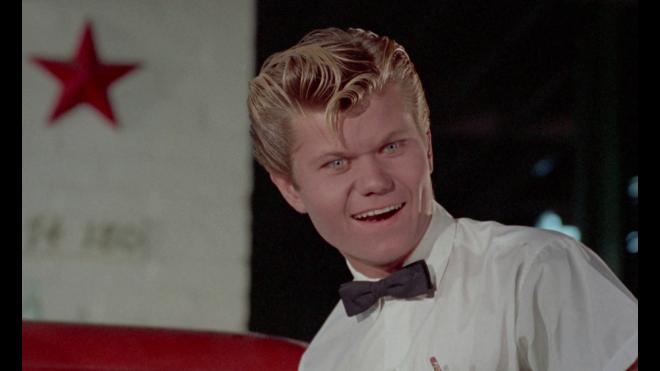 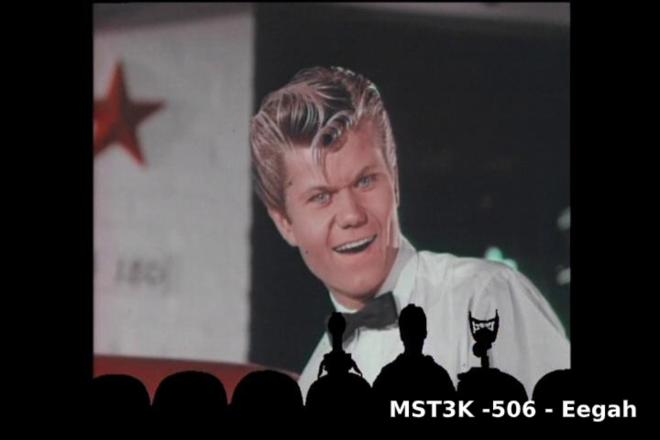 Eegah! climbs out of his cave with a great assortment of bonus features to pick through. If you're a fan, you'll want to check everything out. The MST3k episode is classic stuff but the interview material is also pretty cool and insightful material.

If you love cinematic cheese, it doesn't get much better than Arch Hall Sr.'s Drive-In classic Eegah! Probably better remembered because of MST3k and a deep cut joke on The Office, Eegah is a wild flick that never fails to entertain - even if you're not watching it riffed! The Film Detective delivers a terrific Limited Edition Blu-ray sporting a splendid image transfer sourced from a 4K restoration, a solid audio track, and some good bonus features including the amazing MST3k episode! If you're a fan - pick it up. If you love schlocky B-movie horror flicks, you'll have a blast too. Recommended.

Sale Price 22.99
Buy Now
3rd Party 17.84
In Stock.
See what people are saying about this story or others
See Comments in Forum
Previous Next
Pre-Orders
Tomorrow's latest releases