Taut, well acted, and oh so frightening, Fail Safe still packs a powerful punch as it depicts an all-too-plausible doomsday scenario. Director Sidney Lumet's no-frills approach and an array of intense performances heighten the impact of this cautionary tale, which remains surprisingly relevant today. A brand new, high-quality 4K restoration distinguishes Criterion's Blu-ray presentation, which also features excellent lossless audio and a couple of absorbing supplements. Nuclear war may be only a computer glitch away, and few movies dramatize the consequences of such a horrific malfunction better than Fail Safe. Highly Recommended.

When Fail Safe premiered in October of 1964, it must have scared the pants off audiences. The Cuban Missile Crisis had recently sent America to the brink of nuclear war, and those terrifying memories of a potential catastrophic conflict were still all too fresh. Cold War tensions ran high and no one really knew how quickly a diplomatic impasse could lead to a massive missile strike. So just imagine how unnerving director Sidney Lumet's stark portrait of the U.S. government's desperate efforts to stop an accidental atomic attack must have seemed at that time.

I was only a toddler then, so was blissfully ignorant of all the strife, but I vividly remember the early 1980s when the ramped-up arms race with the Soviet Union incited another wave of concerns about nuclear proliferation and human annihilation. Equally disturbing movies like The Day After and Testament explored the devastating aftermath of a nuclear holocaust and succeeded in scaring the bejesus out of college-age me.

Then, like a miracle, the Berlin Wall came tumbling down, the Soviet Union crumbled, and any fears of an impending human extinction all but vanished. Plenty of dire issues still plagued the planet, but nuclear war wasn't really one of them...or at least that's what we told ourselves If I had reviewed Fail Safe a few years ago, I might well have called it a quaint reminder of a turbulent past, a relic of a bygone, war-mongering era, or a tense nail-biter with only minimal contemporary relevance.

But not anymore. With the rise of North Korea, the collapse of the Iran Nuclear Deal, the re-emergence of Russia on the world stage, and inflammatory rhetoric flooding social media, the likelihood of a nuclear "incident" no longer seems far-fetched, and the paranoia that comes with it is back with a vengeance. As I watched Fail Safe the other night that old queasy feeling crept back into the pit of my stomach, and all I could think of was "here we go again."

A routine day at the Pentagon suddenly takes an unexpected and terrifying turn when an unidentified aircraft flies into U.S. airspace and sparks a chain reaction of cataclysmic consequences. The plane turns out to be an off-course civilian airliner, but despite the implementation of a supposedly foolproof fail-safe system designed to protect against accidental initiatives, an American air battalion somehow receives top secret orders to launch a retaliatory nuclear missile attack on Moscow. As officials frantically try to figure out how the order was issued and how to abort the mission before millions of people are killed, the President of the United States (Henry Fonda) seeks to diffuse the escalating crisis in a series of tense phone calls with the Soviet chancellor.

The chancellor concedes Russian security tactics are inhibiting American efforts to communicate with the bomber pilots, who are fast approaching their targets and must follow strict procedures before standing down. Faced with an impossible situation that will soon pass the point of no return, the President must try to stop the attack and appease the Soviets so they don't provoke a global nuclear war. One agonizing decision might save the world, but at what cost? 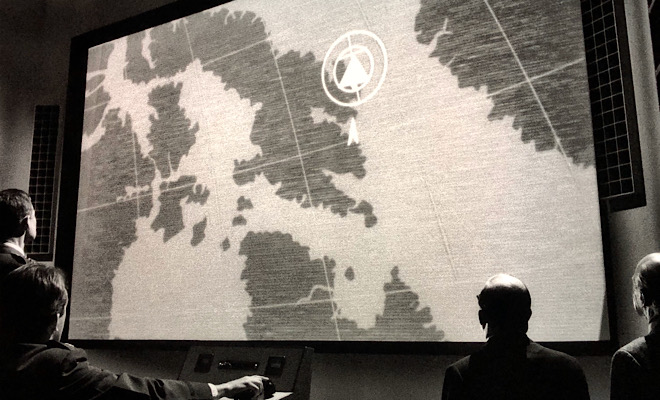 Fail Safe is one of those nerve-rattling “what if” films that depicts a supposedly far-fetched, one-in-a-million apocalyptic scenario, but director Sidney Lumet, screenwriter Walter Bernstein, and a terrific ensemble cast do their jobs so well, they make the situations seem all too plausible. One tiny glitch, one missed signal, one miscommunication, and all those safeguards, all those stopgaps, all those perfectly implemented, foolproof firewalls meticulously constructed by some of the country’s most brilliant minds to protect us from ourselves don’t matter a damn. In the blink of an eye, the human race can go up in the smoke of a mushroom cloud, and no amount of diplomacy, mea culpas, blame, and hysteria will be able to stop it.

Fail Safe has plenty of nail-biting tension, but the way Lumet builds a gut-twisting sense of dread that slowly crescendos as we move closer and closer to the horrifying inevitability of a nuclear strike elevates the film. Stark sets, gritty black-and-white photography, a terse script devoid of unnecessary histrionics, and the lack of a music score all contribute to the movie’s realistic tone. Though the first third of Fail Safe is methodical, technical, even a little dull (much like a typical day at the Department of Defense), the low-energy discussions and systematic events are necessary to set the stage for growing tensions, heated exchanges, and agonizing silences as the situation spirals out of control.

Fonda leads the strong ensemble cast with the same authority and gravitas as his presidential character. The man who 25 years earlier so effectively portrayed the title role in Young Mr. Lincoln plays a modern president with the same quiet grace. Firm yet thoughtful, Fonda instantly commands respect, and never for a moment do we think of him as anyone other than the Commander-in-Chief. The film's success largely hinges on Fonda's ability to  believably embody such a lofty figure, and the legendary actor - as he so often did throughout his long and laudatory career - rises to the challenge without breaking a sweat.

Fail Safe also showcases a number of other fine actors in key roles. Three of them - Walter Matthau, Larry Hagman, and Dom DeLuise - are well remembered for their work in comedies, but they all file impressive dramatic performances here, especially Hagman, who plays an American interpreter who must translate the Soviet chancellor's words during a series of critical phone calls with the President. Almost all of Hagman's scenes are one-on-one dialogues with Fonda, and the young actor handles himself with aplomb. Dan O'Herlihy and Fritz Weaver also shine in pivotal parts.

Despite a low budget and no Defense Department cooperation, Lumet still crafts a largely authentic production. Fail Safe may creak around the edges a bit today, but its basic themes remain relevant and frightening. Though it often gets overshadowed by Stanley Kubrick's satiric masterpiece Dr. Strangelove or: How I Learned to Stop Worrying and Love the Bomb, which was released earlier the same year, Fail Safe is still a notable film, perhaps more so now than it was then. 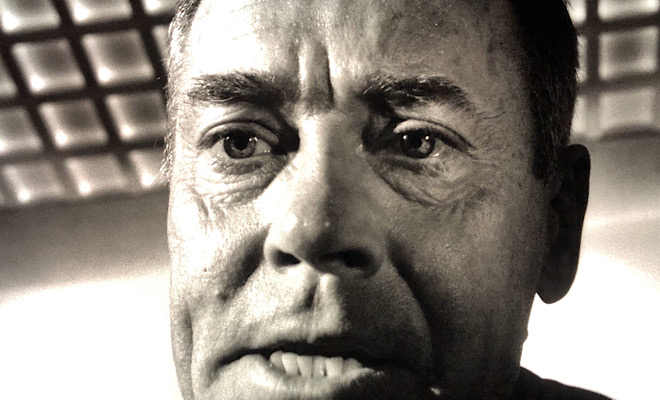 Fail Safe arrives on Blu-ray packaged in a standard Criterion case. A 16-page, fold-out booklet featuring an essay by Bilge Ebiri, a cast and crew listing, and transfer notes (but sadly not a single photo) is tucked inside the front cover. Video codec is 1080p/AVC MPEG-4 and audio is LPCM mono. Once the disc is inserted into the player, the static menu with sound effects immediately pops up; no previews or promos precede it.

Fail Safe gets up close and personal with a high-quality 1080p/AVC MPEG-4 transfer. According to the liner notes, this new 4K digital restoration was created primarily from the 35 mm original camera negative. A natural grain structure enhances the story's gritty, realistic feel while maintaining the look of celluloid, and strong contrast and clarity bolster the impact of Gerald Hirschfeld's stark cinematography. Rich blacks and bright whites compete for dominance, but the varied grays nicely neutralize the contest. Close-ups, several of which are extreme, crackle with a razor sharpness that highlights sweat droplets, pores, hair follicles, and skin creases. Some of the primitive graphics in the war room appear a bit fuzzy, but that's to be expected. Shadow delineation is solid, background elements are easy to discern, and specks, marks, or scratches mar the newly minted source material. Keeping it real is what Fail Safe is all about, and this excellent transfer helps the film do just that.

The LPCM mono track supplies clear, well-modulated sound. The film features no music score, but peppers its soundscape with a few jarring, dissonant sonic accents to ramp up tension and convey a sense of unease. Excellent fidelity heightens the impact of roaring plane engines, ringing telephones, and some ominous, screechy effects, and a wide dynamic scale keeps distortion at bay. Some of the dialogue is a bit difficult to comprehend, but that's usually due to the scratchy audio systems used in the film, and no age-related hiss, pops, or crackle intrude. This is a realistic, rudimentary track and it gets the job done without any fuss.

Sadly, Criterion skimps a bit on the extras for this release, but the material that's included is absorbing and worthwhile.

Fail Safe may be an antique film, but the nightmare scenario it so frighteningly depicts is far from obsolete. Director Sidney Lumet's taut thriller about a cataclysmic malfunction of America's computerized weapons system that causes an irreversible nuclear attack on Moscow still provokes shock and awe...and a palpable sense of dread. Though some aspects of this doomsday tale no longer ring true, the basic premise remains all too plausible, and Lumet's uncompromising presentation heightens its impact. Criterion may skimp on supplements, but the strong video and audio transfers make all the tense and horrifying action more immediate and immersive than ever before. A sober reminder of how the world constantly teeters on the brink of mass destruction, Fail Safe might keep you up at night, but it needs to be seen. Highly Recommended.