As Pet Sematary II says over and over again - dead really is better. Unnecessary and trashy, this flick is still a somewhat fun ride as Edward Furlong fights off the dark temptations of a resurrecting evil burial ground. At the very least it's great to watch Clancy Brown play psychotic again! You may only get so much mileage out this one but if you're a fan Scream Factory delivers a terrific Collector's Edition Blu-ray debut. The A/V presentation sparkles while packing the show with some great bonus features content. Recommended.

After the death of his mother, Jeff Matthews (Edward Furlong) and his father Chase (Anthony Edwards) moved into her hometown of Ludlow, Maine - which has a dark history of its own. Local legends about an ancient Native American burial ground bringing the dead back to life haunt Jeff. Things become alto real when he helps his friend bury his recently murdered dog in those sour grounds. When the dog comes back, the evil breaks loose! 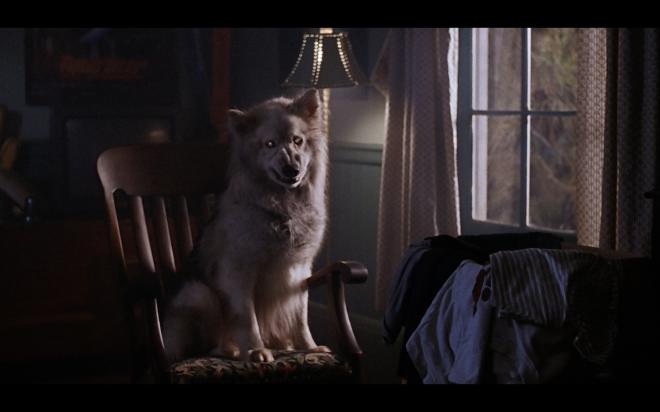 "Dead is better! DEAD IS BETTER!" - given this sequel and the remake, Pet Sematary should be left well enough alone for at least another 20 years or so. Done is done. Dead is dead. After the breakout success of the first film, it wasn't out of the ordinary for Paramount to want to move forward with a sequel. They made 7 Friday The 13th sequels in under ten years so that makes sense, only this Stephen King property may not have been the best one to try and "franchise." I feel that because Pet Sematary II  shouldn't have been made is why it was made the way that it was. In school, we read one of the script drafts and on paper, it reads like a very hyper-aware film that knows its a sequel stretching an already ridiculous concept past the tearing point. The script felt tongue-in-cheek like writer Richard Outten and Mary Lambert knew this shouldn't be made so they're going to make a dark horror comedy tonally different from the first film. In execution, it doesn't quite translate.

When Pet Sematary II is at its best is when Clancy Brown goes whole hog and hams up his resurrected Gus. Because he's come back with only his basic carnal drives, he's an often hilarious and frightening character - especially the chase sequence where he's going after his adoptive family. If this were a different franchise, this storyline would have made a fun Return of the Living Dead entry. As with so many other movies Clancy Brown is the best part of the show.

Where Pet Sematary II falls apart is when it's trying to inject genuine meaningful storytelling with the Edward Furlong Anthony Edwards "Father & Son" gothic horror elements. This is where the movie feels like two very different films shoehorned into one. We have this goofy horror-comedy over there doing its thing and then this dark and gloomy storyline at the center and the two never quite come together. When things don't work, the film content with being really weird or really nasty. When it gets nasty, it's a smorgasbord of ghastly gore effects that are delightfully squishy.

Pet Sematary was already an unpleasant show with its glum and grotesque nature, but this one dials up the unpleasantness. Gore effects relish the carnage allowing for plenty of squishy sound effects with plenty of sticky viscera to focus on. Throat rips, bullet wounds, dirt bike wheel, electricity, fire - Pet Sematary II earns props for coming up with some creative kills and then executing them on camera. The gore really is the glue holding this movie together. It's gnarly and uncomfortable and in certain circumstances damn funny! You're either cringing or laughing - oftentimes both.

With such a mishmash of elements, Pet Sematary II comes together ultimately as a mediocre film. I remember being so excited when the movie came out. I was a big Terminator 2: Judgement Day fan so I was excited to see what Edward Furlong could do in another movie. I'd just seen the original Pet Sematary and loved it so I was all on board for a sequel. Sadly, it's just okay. It's entertaining to me today as a gnarly guilty pleasure with a hilarious Clancy Brown and some ghoulishly grotesque gore effects. But that's it.

I owned this on DVD for a few years but as I made the move to Blu-ray and beyond I culled it from my collection because it just wasn't a favorite I needed to have nor one I watched all that often. Reconnecting it with it again after several years away was a fun ride. I appreciate the parts that work, but moody broody stuff that doesn't work is a real slog. If Mary Lambert had been able to go all out with the movie as a satire about horror films and unnecessary sequels, Pet Sematary II could have been a lot more than what it ultimately became.

Pet Sematary II makes its long-overdue Blu debut thanks to Scream Factory in a single disc Collector's Edition. Pressed on a Region A BD-50 disc, the disc is housed in a standard sturdy case with reversible artwork with the original poster art. The slipcover is identical to the newly commissioned art. The disc loads to an animated main menu with traditional navigation options.

Sourced from a fresh new 4K scan - it's actually a damn shame that Pet Sematary II is only available on 1080p Blu-ray. This 1.85:1 transfer is often stunning on-screen and I would have loved to see what a full native 4K presentation with HDR could do. If Paramount had delivered a franchise 4K collection - I would have picked it up even though I loathe the remake. Such as it is - this is damn great and easily the best this film has looked on home video. Right out of the gate, detail levels are superb with a nice film-like grain presence. That gothic movie set is a real delight of details and then the sudden death sequence gives you a full view of some gnarly gore within the first few minutes of the movie! 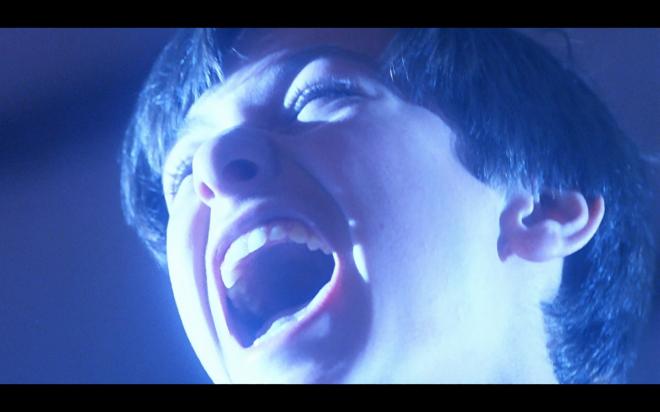 Colors are equally impressive here. Lambert this time around explored some dream sequence materials allowing the screen to bathe in thick blues and reds and pop off the screen. The gore gets a lot of focus so whenever there's a blood splatter it really takes over. Black levels are also impressive dipping into some nice deep inky territory with a nice three-dimensional appearance. There are a couple of soft moments when Edwards and Furlong's father and son are opening up the vet's office where I felt details just looked slightly off, and a few other low light moments had a soft focus to them but that's it. Everything else is practically perfect.  As I said at the outset, it's a shame that this wasn't issued in full 4K, but such as it is, this transfer is no slouch.

It's dealer's choice with the two audio tracks supplied for Pet Sematary II. Whether you go big fo the DTS-HD MA 5.1 track or the DTS-HD MA 2.0 mix, you're set. Both tracks manage the front basics of dialog, score, and essential sound effects with great results. Where I tip my hat for the 5.1 mix is how much more open and dynamic the mix feels - especially in key action moments. Gus on his murderous rampage, the big final climax, or some of the dream sequences - all of them offer robust surround appropriate soundscapes. During some of the quiet moments, it does feel like surrounds take a back seat a bit and it returns to a front/center focused track - but when something interesting happens on screen it kicks back into action nicely. The stereo mix manages these moments nicely but the surround track really kicked. The metal-infused score also inched up some nice low tones and helps round out both tracks.

True to Scream Factory's Collector's Edition standards - there's some good stuff assembled here. From the audio commentary track to the new cast and crew bonus features there's plenty of great stuff here. Furlong gets room to ruminate on how he got started and Clancy Brown offers some great material too. Lambert's commentary is great as she's a fountain of info about the production and Justin Beam moderating keeps the questions coming and the track fluid.

No, Pet Sematary II is not a great movie. Of this oddity franchise, it's easily the second-best of the pack - but that may not be saying a whole lot to some. Hardly a box office buster upon release, it's grown into something of a cult classic on its own. Taken as a horror-comedy hybrid the film works largely thanks to Clancy Brown's ghoulish Gus and some impressive makeup effects from Steve Johnson. If it didn't have Brown or that gore, there really wouldn't be much to see here other than a pale rehash of the first film.

Scream Factory kicks open Paramount's catalog vaults and finally delivers this long sought after sequel to Blu-ray. As a Collector's Edition release it owns a nice range of informative bonus features with some great cast and crew interviews as well as an energetic commentary track from director Mary Lambert. Tack on the impressive A/V presentation, this release only could have been made better with a native 4K UHD release. If you're a fan of the show you'll love having this one on your shelf. If you're new to Pet Sematary II, just don't expect the same quality as the first film and you should have a fun time. Recommended.

Sale Price 20.99
List Price 29.99
Buy Now
3rd Party 20.99
In Stock.
See what people are saying about this story or others
See Comments in Forum
Previous Next
Pre-Orders
Tomorrow's latest releases