A spirited, radiant Margaret Sullavan shines in The Good Fairy, a delightful romp about a naive, sheltered woman whose inexperience with the opposite sex leads to all sorts of madcap complications. A sparkling Preston Sturges script, energetic direction by the great William Wyler, and a cast of accomplished character actors distinguish this little-known film, and Kino Lorber honors it with a vibrant new 4K remaster. If you love Golden Age comedy, you'll happily fall under the spell of The Good Fairy.

Preston Sturges penned some of the finest comedies to come out of Hollywood's Golden Age. He directed a few of them, too, but it's his sophisticated, deliriously silly, surprisingly substantive, often risqué scripts that truly stand the test of time. Most fans of the era revere such Sturges classics as The Lady Eve, Sullivan's Travels, and The Miracle of Morgan's Creek, but unless you're a Sturges connoisseur, you probably haven't heard of or seen The Good Fairy, his liberal adaptation of Ferenc Molnár's charming farce. Well, it's time you did. Directed with verve and flair by William Wyler, this captivating film remains one of the most underrated and underappreciated comedies of the 1930s, as well as a lasting testament to Sturges' incomparable talent.

The Hollywood Production Code, which rabidly policed motion picture morality, went into effect shortly before Wyler started shooting The Good Fairy in 1934, and it made the adaptation a challenging task for Sturges, who had to drastically revamp Molnár's racy play to meet the code's rigid requirements. The Breen Office's constant meddling drove Sturges to distraction, but his inspired changes (many of which he made on the fly) maintain the narrative's light, airy essence while shining a more intimate spotlight on the zany characters and their madcap antics. In his inimitable fashion, Sturges expertly blends snappy dialogue with physical comedy, and the result is a breezy lark that provokes plenty of laughs.

The beguiling Luisa Ginglebusher (Margaret Sullavan) has lived since birth in an all-girls orphan asylum in rural Hungary run by the warm-hearted Dr. Schultz (Beulah Bondi). Sweet and innocent, Luisa knows little about the ways of the world and even less about the opposite sex, so when she's selected by businessman Maurice Schlapkohl (Alan Hale) to be an usher in a Budapest movie theater, she's ill-equipped to navigate the hustle-and-bustle of the big city and, more importantly, the overt advances of the amorous, always-on-the-prowl stage-door Johnnies who continually try to accost her. 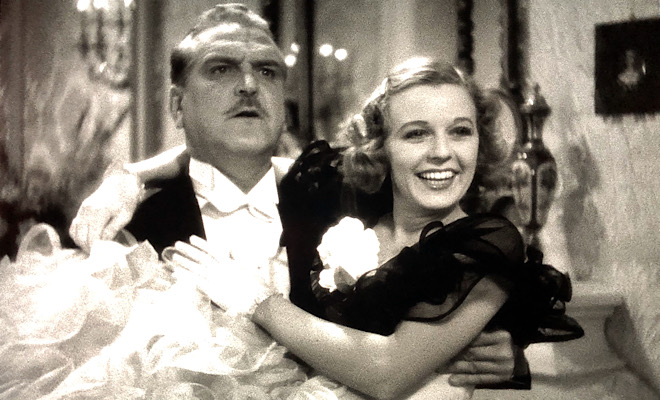 While trying to evade one of these lascivious wolves (a very young Cesar Romero), Luisa befriends Detlaff (Reginald Owen) a kindly, paternal waiter who seeks to shield her from unwanted attention. His protective instincts are quickly tested when Luisa catches the roving eye of Konrad (Frank Morgan), a hyper, often flustered meat-packing executive and serial philanderer who's determined to seduce her. To ward off the smitten, won't-take-no-for-an-answer magnate, a desperate Luisa says she's married to a poor lawyer, but when Konrad offers to give her made-up spouse a plum position in his firm to raise Luisa's financial standing (and hopefully cajole a physical expression of "gratitude"), a light bulb goes off in Luisa's head.

Forever blessed by the kindness of others, the grateful Luisa hopes to pay it forward, so to speak, by acting as a "good fairy" for someone else. She continues her charade by randomly picking a lawyer's name - Max Sporum (Herbert Marshall) - out of the telephone book and giving his address to Konrad, but before Luisa can meet her "husband" and prepare him for his impending windfall, Konrad offers the bewildered attorney - who just happens to be an eligible bachelor - a spot on his company's legal team. The mild-mannered, reserved Max can't believe his good fortune, but before he can begin enjoying his elevated status and newfound wealth, a cavalcade of complications ensue. Luisa must pass herself off as Max's wife without alienating him, ruining her reputation, and blowing her cover to Konrad, who harbors hopes Luisa will "repay" him for his benevolence.

Masquerades, mixups, and merry mayhem permeate The Good Fairy, which certainly drives home that old adage, "No good deed goes unpunished." Sturges orchestrates all the hijinks like a master maestro, blending wit, warmth, and an infectious sense of joie de vivre, while Wyler, who rarely dabbled in comedy, proves he possesses a wonderful sense of the absurd. (An uproarious movie-within-a-movie scene is one of the film's high points.) The Good Fairy may not be as screwy as some screwball romps, but that might be exactly why it holds up so well. Its breakneck plot never flags and the accomplished cast never makes a false move or strikes a sour note. 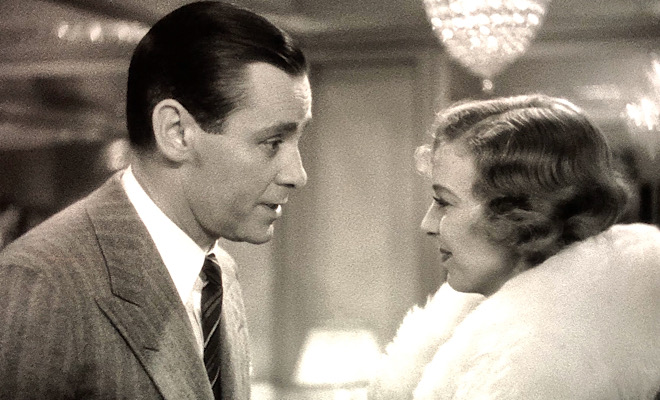 Sullavan, in only her third movie (and first comedy), effortlessly carries the picture. Fresh-faced, winsome, and sincere, she instantly captivates and keeps us transfixed from the first frame to the last. Much like Will Ferrell's Buddy the Elf in Elf and Peter Sellers' Chance in Being There, Sullavan's Luisa expresses child-like wonder as she ventures into the outside world, and the natural humor arising from her naïveté lends the film an essential and endearing humanity. Though not as gifted a comedienne as Carole Lombard or Irene Dunne, Sullavan possesses keen comic instincts, and it's a shame she didn't use them more often during her far-too-brief Hollywood career.

Sullavan and Wyler butted heads at first on the set, and after several heated arguments, the stubborn director invited his headstrong leading lady to dinner to make peace. That conciliatory gesture spawned an unexpected whirlwind romance that resulted in a spur-of-the-moment elopement during shooting. The barrage of breathtaking close-ups of Sullavan in The Good Fairy are certainly a by-product of Wyler's infatuation, but sadly the honeymoon didn't last long. Shortly after their marriage, the couple began battling once again and divorced 16 months later.

The husky-voiced actress radiates throughout the film, but without a top-flight supporting cast, The Good Fairy might never get off the ground. Marshall, who doesn't appear until the 42-minute mark, makes a dashing romantic lead, but he's hopelessly overshadowed by bravura comic performances from Morgan and Owen, whose vociferous sparring is priceless. Both men file wonderfully broad, high octane portrayals, but the tongue-tied, stuttering, befuddled, often apoplectic Morgan goes the extra mile and completely steals focus whenever he's on screen. He's the Wizard of Oz on steroids here, and it's too bad there was not yet a Best Supporting Actor Oscar (it would debut the following year), because Morgan would have been a shoo-in for the award.

Though unjustly overshadowed by other 1930s comedies, The Good Fairy finally gets its due, thanks to a new remastered Blu-ray from Kino that hopefully will garner this exhilarating film the respect and renown it deserves. Kino has given classics fans lots of Sturges and Wyler recently, and that's a very good thing. We can only hope more Margaret Sullavan is in their pipeline, too. 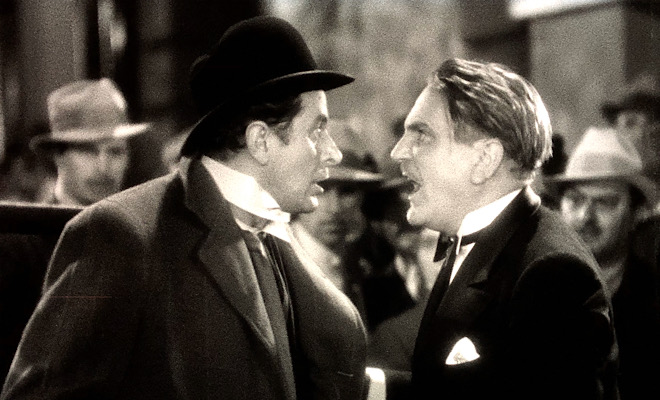 The Good Fairy arrives on Blu-ray packaged in a standard case. Video codec is 1080p AVC/MPEG-4 and audio is DTS-HD Master Audio 2.0 mono. Once the disc is inserted into the player, the static menu with music immediately pops up; no previews or promos precede it.

A brand new 4K master is The Good Fairy's fairy godmother, transforming what was once an ugly duckling into a stunning cinematic swan. Superior clarity, contrast, and gray level variance distinguish Kino's gorgeous 1080p AVC/MPEG-4 transfer, which honors the lush cinematography of three-time Oscar nominee Norbert Brodine. A lovely grain structure maintains the feel of celluloid without becoming intrusive, and the relatively clean source material exhibits only a smattering errant specks and marks. Deep black levels anchor the image, while crisp whites supply bright accents. Costumes and upholstery exude appropriate degrees of texture, background elements are easy to discern, and close-ups - especially those of Sullavan - are lush and glamorous. Eighty-five-year-old films often betray their age in a number of ways, but this smashing effort from Kino could pass for a much younger specimen. Without a doubt, The Good Fairy has never looked better, which is great news for anyone who loves classic movies.

The DTS-HD Master Audio 2.0 mono track supplies clear and well-modulated sound. Music and dialogue are nicely balanced, and every word of Sturges' witty repartee is easy to comprehend. Any age-related hiss, pops, or crackle have been erased, which allows this track to seamlessly complement the impressive visuals.

Aside from the film's original theatrical trailer and a slew of other previews for films either written and directed by Preston Sturges, directed by William Wyler, or featuring Herbert Marshall, the only supplement is an audio commentary by film critic and author Simon Abrams. Unfortunately, Abrams spends much of his time reading excerpts from biographies, essays, and reviews in a rather breathless manner instead of sharing his own views about the film. The result is an exhausting, rather scattered discussion that doesn't do the film justice. Abrams examines the myriad differences between the original play and its screen adaptation, talks about the censorship issues that plagued the script, quotes reviews, reads from the Motion Picture Production Code, and provides an in-depth chronicle of the whirlwind romance and tempestuous marriage of Wyler and Sullavan, as well as Herbert Marshall's amorous adventures. He also briefly touches upon the 1947 remake of the film (I'll Be Yours starring Deanna Durbin) and an ill-fated early 1950s stage musical with Nanette Fabray. Abrams' comprehensive research is admirable; I just wish he would have paraphrased the material instead of reading directly from his sources.

A delightful, occasionally uproarious comedy featuring a madcap plot and sparkling performances from a stellar cast, The Good Fairy is a glorious Golden Age gem that deserves to be rediscovered. A top-notch Preston Sturges script, excellent direction by the esteemed William Wyler, and the irresistible Margaret Sullavan distinguish this vivacious romp that's been given a glowing makeover by Kino Lorber. A brand new 4K master revitalizes this 85-year-old classic, which looks and sounds better than ever before. Highly recommended.