Travel to the far reaches of the universe and encounter some of the craziest creatures Jim Henson's creature shop ever created in Farscape: the Complete Series. While the show had a dicy release history during its run - with an unfortunate cliffhanger conclusion - it's still some of the most wildly creative science fiction. It's a bold beautiful show with great characters and some out of this world action. Sony brings all 88 original series episodes and the final miniseries event to Blu-ray with an upconverted video transfer with excellent DTS-HD MA 5.1 audio mixes and hours of bonus features to match. Recommended.

"Hey! What happened to three?"

John Crichton (Ben Browder) has been hurled to the far reaches of space after an experimental NASA spaceflight accidentally opened a wormhole. Now, without any way to get home, John falls in with a ragtag group of escaped prisoners fleeing the draconian Peacekeepers. Together with Ka D'Argo (Anthony Simcoe), Aeryn (Claudia Black), Pa'u Zotoh Zhaan (Virginia Hey), Pilot (Lani John Tupu), and Chiana (Gigi Edgley) - John just might have a chance of surviving a universe he never knew existed. 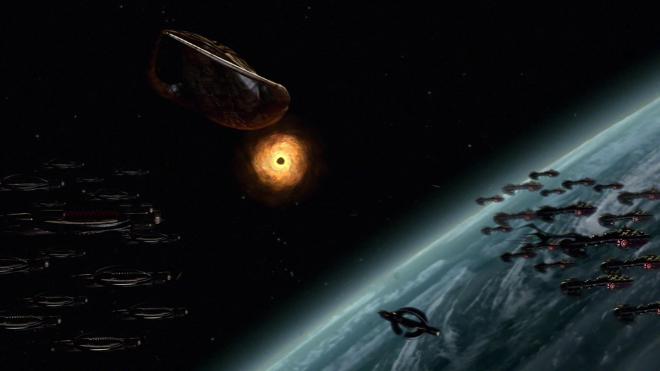 I imagine I was like a number of people who discovered Farscape when it first aired on Sci-fi - late in the game and out of order. I remember watching the pilot episode of season one and really enjoying it. I loved the fish-out-of-water plot with Chrichton not being a typical always in command hero. I really enjoyed the concept that their spaceship the Leviathan was, in fact, a living creature of sorts. On top of that, I loved all of the wild creatures and aliens the Jim Henson creature shop created for this show. It was a visual marvel and I could wait to watch another episode. But that was the problem - waiting. It felt like virtually every episode had a month-long wait between installments making it sadly very easy to forget it was even still on the air. 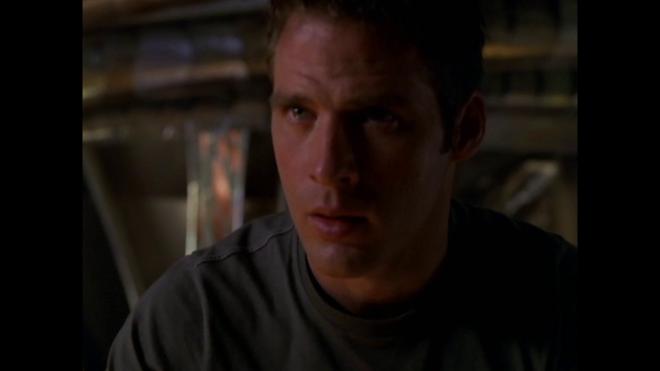 I did my best to keep up but by the time I was starting college, the show had sadly fallen off my radar. By the time I picked it back up, it was on its way to a sad early cancelation after ending on the mother of all cliffhangers. I suppose that's a good sign of quality science fiction. Star Trek, Firefly, all killed off entirely too early. Star Trek gained some extra adventures on the big screen and At least Firefly got a chance to survive for a moment longer and find some measure of finality with Serenity. while Farscape enjoyed The Peacekeeper Wars mini-series event, this show never quite felt complete. There have been rumblings of a movie, but that's been talked about for nearly a dozen years - if it hasn't happened by now I doubt it ever will. What we can do is enjoy all the great material we did get. 88 episodes are pretty damn respectable for a science fiction show - let alone any television show these days where all it takes is not enough views on a streaming platform and you're done. 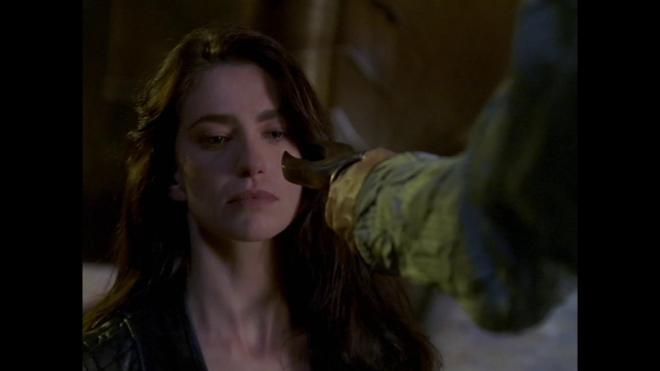 It had been some time since I plugged back into Farscape. I think the last major effort I made was sometime in the early 2000s when I was trying to rent all of the episodes for Season Three because that was the one I never got to see as it aired on Sci-Fi Channel. I'm glad that it still holds up. I would have loved to see this show fully restored, but the adventure and excitement of the show is infectious. It didn't take long before I was hooked again eagerly devouring one episode after the next. If it's been a while since you last took a look at Farscape - give it another go. If you didn't catch it during its initial run - nows the perfect time to play catch up!

Farscape: The Complete Series arrives on Blu-ray courtesy of Sony in a 21-disc set containing all 88 original series episodes including The Peacekeeper Wars making this a complete experience. All 21 discs are housed in a slipbox package with discs stacked two at a time on sturdy trays. The packaging is robust and I didn't have any issues of disc slippage or loosely rattling around. Each disc opens to a static image main menu with traditional navigation options.

As this set basically recycles the previous releases from 2011 - the original film negatives haven't been found and the transfers are essentially sourced from HD broadcast videotape masters. A little better than standard definition, this isn't anywhere as amazing as this should look if one day the original negatives were found and the visual effects could be recreated in 1080p. Remembering the old muddy DVD transfers, I'm still quite pleased overall at how well this show appears. Sure, it's not pristine, but it's still pretty good allowing bold colors to pop off the screen. The biggest issue at hand is the dated CGI effects that continue to be notable steps back in overall visual quality. This really is an "as good as it's going to get" scenario. Not terrible, but not ideal either. The Peacekeeper Wars fares a bit better, offers some better detail and overall depth to the image, but still not the pristine fans were probably hoping for. Maybe someday those negative elements can be found and this show can be properly restored.

While the video probably can't or isn't likely to ever be improved - I'm happy to say that the DTS-HD MA 5.1 audio tracks for the series are damned impressive. Even from the first episode, there is terrific dialogue clarity, sound effects placement, atmospherics, and a fun LFE kick with all the spaceship engines firing and explosions. Episode to episode it's a sonic ride. While I do like to listen to the tracks unaltered, I did enjoy flicking on DTS Neural:X - the setting really helped define some more of the sound element separation and spacing while also kicking LFE up a notch. Even without Neural:X employed these audio mixes are robust and engaging and perfectly capture the essence of each episode.

In all truth, the bonus features for this set is almost inhumanly dense for one package. You have hours upon hours of bonus features that go well beyond the tired EPK bonus features that are peddled out today. You have a multitude of retrospectives, composer listens, Director's Cut episodes let alone 26 individual episode audio commentary tracks! It's a lot to pick through to be sure but if you're a fan making your way through the series again it's well worth the effort. I was only able to do a cursory dig and was really impressed by just how exhaustive the features are. The ones you're likely to find the most interesting are the Season Four features where they discuss in detail where the series was planned to go before it was sadly canceled. 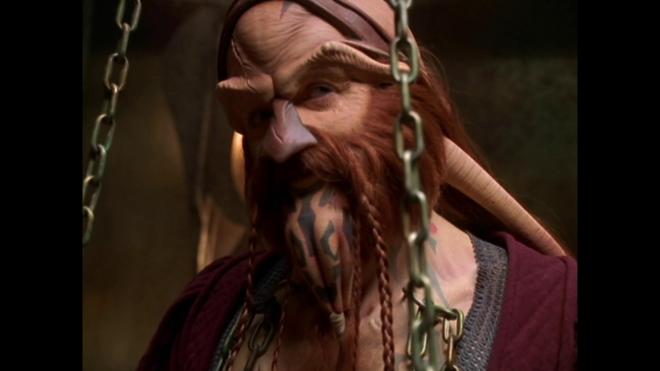 Farscape was my college junk food. I would catch it when I could and devour it when I had the chance. My class schedules - as well as Sci-fi Channel's odd episode roll out - often months between episodes as well as the sad early cancelation - left this great show feeling incomplete. While The Peacekeeper Wars was an earnest effort and brought some closure, at less than four hours it too didn't quite feel like enough considering the trajectory of the show. With the movie in permanent limbo, maybe one day this great show can be resurrected. If you're still hungry for more search out the comic series, it's pretty fun.

Sony brings Farscape back to fans compiling all 88 original series episodes and the miniseries event together. Sadly until the original camera negatives can be found, the upsampled broadcast masters are the best we can expect. Thankfully the audio mix is robust and kicks where it counts. Toss in dozens upon dozens of hours of bonus features and you have a hell of a set. Know a Farscape fan? Here's a gift idea worth considering. Recommended.

Sale Price 148.4
List Price 175
Buy Now
3rd Party 274.99
In Stock.
See what people are saying about this story or others
See Comments in Forum
Previous Next
Pre-Orders
Tomorrow's latest releases