Two friends who are bullied at school find a vampire in their shed, which leads to them seeking revenge on those who taunt them by luring them to the blood-thirsty monster in the film called The Shed. The video has a 1080p HD image with a DTS-HD MA 5.1 audio mix. Zero bonus features are included. Give it a Rent! 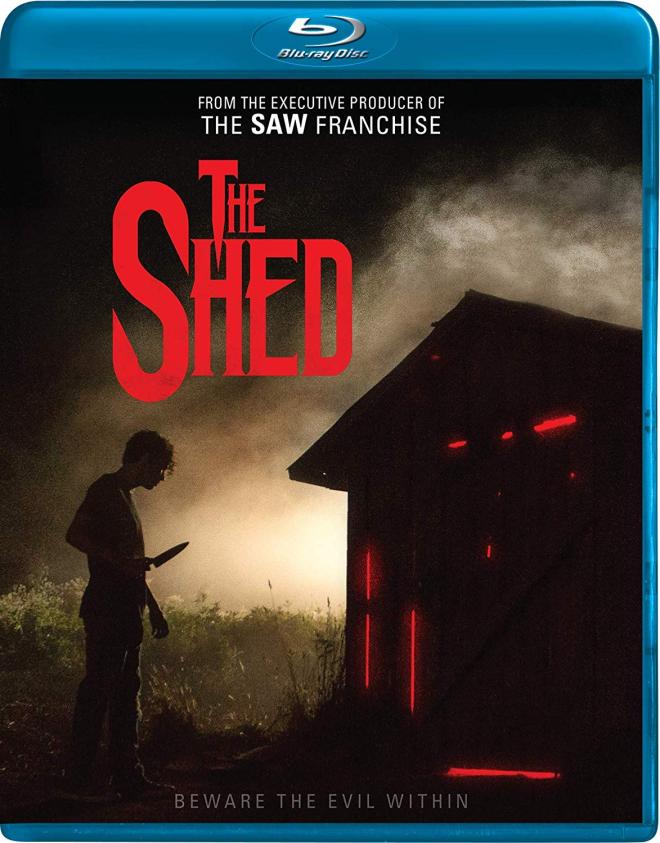 There is no glitter or sparkle-filled bloodsuckers who are in a gothic mood for romance in Frank Sabatella's new film titled The Shed, that mixes school bullying and vampires in the same coffin. This gives us a surprisingly dark look into the world of those who are bullied and those who are on the other end of that intimidation while set in the familiar world of horror.

The Shed follows a teenager named Stan who is violently picked on at school by a trio of jerks. His best friend Dommer catches the same abuse each day too. One afternoon, the two amigos discover something living in Stan's shed that happens to be a vampire who is taking shelter from the sun above. Soon enough though, both Stan and Dommer decide to use this vampire to exact their revenge on those who have hurt them over the years until it all culminates in a montage of rigging a house up in preparation to battle vampires, painfully similar to The Lost Boys.

There doesn't seem to be an original bone in The Shed's body. Every camera angle, plot point, and piece of dialogue seems to be taken from some other film and used here, but in a super cheesy way, whether it be the circling camera when the leads finally kiss, an over-abundance of dream sequence trickery, and even a montage sequence of building traps before the big showdown. It's all on display without an ounce of cleverness.

That being said, the actual vampire and practical visual effects are fun to watch. The blood spurts freely when someone is bitten or a limb is severed and the vampire itself is rather quite frightening with large, sharp teeth and a decaying body. It looks gruesome and realistic for this low budget flick. The performances are serviceable, but never memorable and it goes by at a quick pace at around 95 minutes, so it doesn't overstay its welcome.

I think one of the main issues is that Sabatella can't decide on a genre and stick with it. Some sequences play out like a straight horror film with gore, where others fit right into a prime-time network sitcom, and the next scene can fill the shoes of a melancholic teen romance. None of it flows smoothly in transition as it feels like a variety of movies jumbled into one. Still, with an impressive score produced by Bear McCreary and a solid looking, creepy vampire that is used sparingly, The Shed is worth your time at least once, even if we're watching a kid hide a creature at his place from others, just like they did in Mac and Me.

The Shed stalks its way to Blu-ray from RLJE Films with a 1080p transfer along with a wide 2.40:1 aspect ratio. The lone disc is housed in a hard, blue plastic case featuring dual-sided artwork of the film. There is not a digital download code, but a few trailers for other movies play before the main menu. 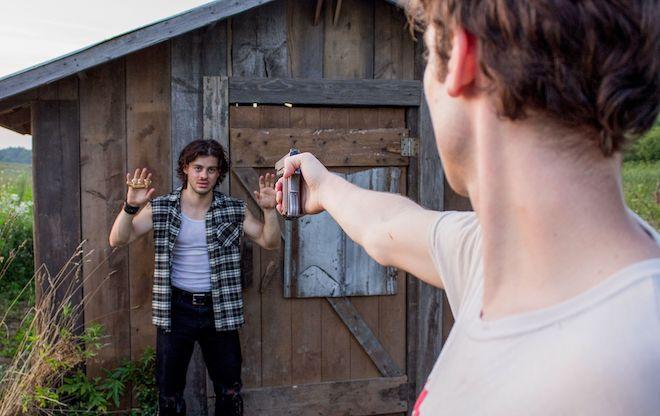 The Shed bleeds onto Blu-ray in 1080p HD from RLJE Films with a 2.40:1 aspect ratio. The film was shot digitally and has a great color palette and some vivid detail throughout.

Colors appear to be natural in most settings. Exterior shots have a good deal of primary colors that stand out in the blazing sun with red and blue plaid shirts, tall green grass, and a faded brown wooden shed that contrasts nicely together. The blood is rich in its red color that pops off the screen every time it's used. The only big filters seem to be at night time, specifically at the climax of the film or in a dream sequence where a heavy blue-tint is covering the screen, which hinders some of the detail.

When not thoroughly strained in blue, the detail is quite strong and bold. The practical makeup effects on the vampire showcase its veins and decaying body, along with its gritty, sharp teeth. Other gory wounds, such as bones sticking out of the skin or musical tissue gleaming in the sunshine all look fantastic. Individual hairs, blood-smeared faces, and textures in the teenage clothing reveal their intricate details both in closeups and wide shots. Black levels are deeper than you'd think, except when heavily filtered in the blue color, which can cause some heavy video noise. Other than that, this is a solid video presentation. 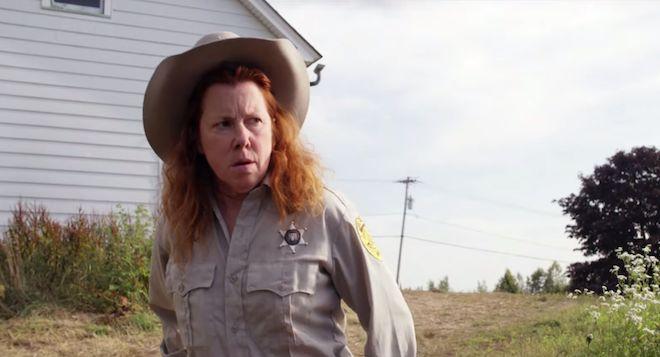 The Shed also delivers a lossless DTS-HD MA 5.1 audio track that gives this smaller film a bigger scope. Sound effects can be loud and powerful in certain moments, such as a big vampiric jump scare or when a gruesome death occurs. In these musical cues, the low end kicks into high gear with a notable rumble of bass.

Creepy sounds from the shed and the vampire feeding can make their way to the rear speakers, which has an immersive sound quality. It doesn't happen often, but when it does, it's a welcomed burst of energy. The score always adds to the suspense and horror of the situation at hand without drowning out any other type of audio element. Dialogue is rendered nicely and free of any audio problems. 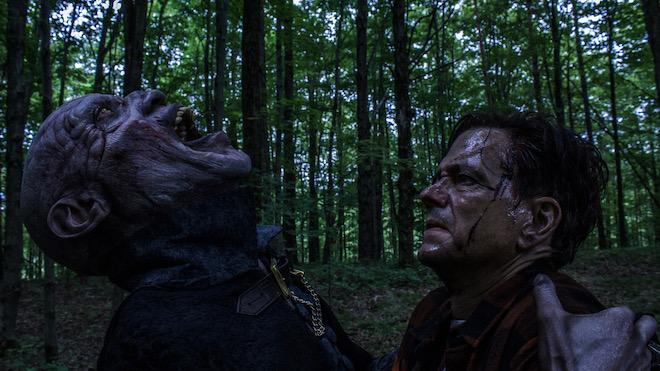 There are no bonus features included, making this release bone-dry. 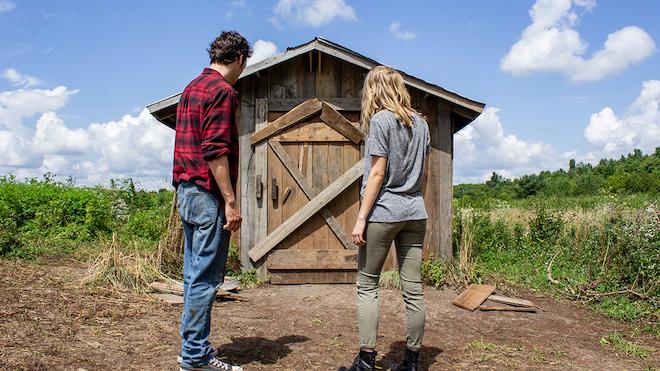 The Shed lacks originality in every way, shape, and form, but that doesn't mean you can't have fun with it. The vampires look very good and it goes down a dark, violent path, rather than a gothic love story, which is nice. Despite all its issues, this film should appease vampire fans. The video and audio presentations are both good, but there are no extras available. For that reason, this one comes as a Rental.

Sale Price 14.83
List Price 28.97
Buy Now
3rd Party 10.83
In Stock.
See what people are saying about this story or others
See Comments in Forum
Previous Next
Pre-Orders
Tomorrow's latest releases