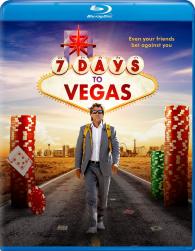 7 Days to Vegas is an edgy comedy based on the true story of the rise and fall of one of Hollywood’s biggest poker games. The names have been changed to protect the guilty. Out of desperation to feed his family, Duke, a washed up actor, starts a small poker game from his house and the game grows to attract some of the biggest risk-taking players in the LA area. It's not just Poker that these spoiled LA moguls bet on, they also make 'prop bets' like offering a guy $50k to dress like a woman for three-months. Things take a turn for the worse when Sebastian, one of Hollywood’s biggest directors, gets in on the game and becomes determined to destroy it. After Sebastian takes over and with no options left, Duke makes the million dollar 'prop bet' that he can walk to Vegas in one week.