The Gangster, the Cop, the Devil

A dedicated cop and his honor-bound gangster nemesis must join forces to stop a serial killer in The Gangster, The Cop, The Devil. What could have been played for cliche turns into a pitch-perfect thriller that deftly weaves suspense, humor, and action into an often stunning thrill ride. Excellent performances, skilled direction, and smart camera execution keeps the story and action moving without getting bogged down or going off the rails. Well Go USA delivers a first-rate Blu-ray with an often striking image transfer with an aggressively immersive audio mix to match. Highly Recommended.

Jang Dong-soo (MA Dong-seok AKA Don Lee) is a gangster head of a thriving criminal enterprise who values honor and respect above all else. Jung Tae-suk (Kim Mu-yeol) is a detective dedicated to his work and walking the fine line of honesty and the rampant corruption that plagues his department. An active serial killer the police department doesn't want to admit is out there will put these two enemies into a head-on collision. When the killer targets Jang Dong-soo and leaves him for dead, the two men must set aside their differences long enough to combine resources and stop the killer and regain both their honor. 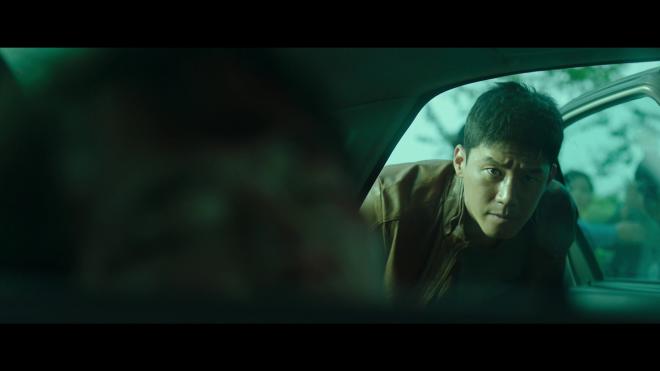 Written and directed by Lee Won-Tae - The Gangster, The Cop, The Devil is an incredibly smart and well-executed thriller. In lesser hands, this film could have been an overly melodramatic and trite, too humorous for its own good, or so focused on incredible action sequences that characters would be lost. Instead, Lee manages to merge all of these elements into a practically perfect blend of suspense and horror with a twist of buddy-cop style humor and a dash of high-octane action. The story drive of the film is never lost, characters are well-drawn individuals with their own arcs, and a plot that could have easily been a cliche feels fresh and exciting. Apparently it's based off a real case, but I couldn't find any info to back that claim up. Regardless, this was an unexpected surprise viewing.

Going into the film, I'd heard that The Gangster, The Cop, The Devil made a splash at Cannes and that Sylvester Stallone picked up the rights to produce a state-side remake. Based on that I figured it'd be amusing and at the very least entertaining. I wasn't expected to be so engrossed by it! Chalk this one up to one of those pleasant surprises this side-hustle can offer - you never know what you're going to see! I can already tell I'm going to annoy the hell out of a lot of people trying to get them to watch this flick!

Ma Dong-seok delivers a damned impressive standout performance as the honor-bound gangster Jang Dong-soo. He's menacing and imposing while having this softer intellect that's always working, always thinking the situation through. There are some great scenes where he just looks like a calm coiled snake that seems harmless but could strike out violently at any time. In contrast, we have Kim Mu-yeol as the frustrated cop Jung Tae-suk. He's always on. He can't sit still with his frustrations for long. If a case stalls he has to be moving forward somehow - even if it means bringing in a side punk who isn't worth the time and effort to process and prosecute. He'd at least feel like he did something with his day. Put these two together and it's a hell of a show.

I'm not often surprised by movies. See enough of them and you can spot the plot turns a mile off. So I was actually genuinely happy to see that The Gangster, The Cop, The Devil offers something unique to an old formula. There's suspense and tension, but not so much to make the film feel like a depressing slog of humanity at its worst. There's comedy, but it never goes so far as to be silly. There's action but the film pulls back at the right moments so that it isn't overpowered with wiz-bang spectacle. I dug the hell out of this movie and can't wait to watch it all over again.

The Gangster, The Cop, The Devil arrives on Blu-ray in a single disc set from Well Go USA. Pressed on a Region A BD-25 disc, the disc is housed in a standard sturdy Blu-ray case. The disc loads to previews for other Well Go USA releases before arriving at an animated main menu with traditional navigation options. 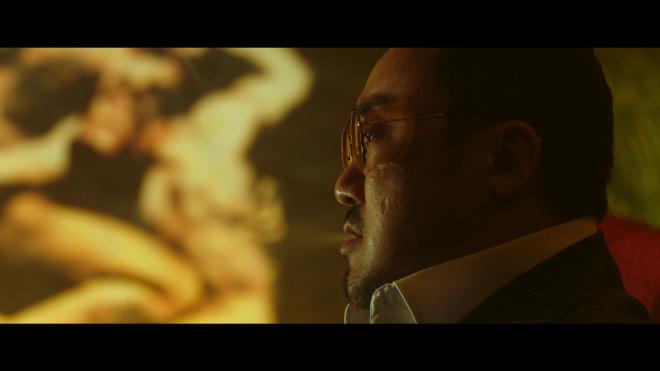 The Gangster, The Cop, The Devil is a stunner of a 2.39:1 1080p transfer! Without any available tech details, I assume this film was shot digitally but I don't know the digital intermediate. Regardless, with the impeccable details, bold colors, deep blacks, and crisp whites - the only way this film could look better would be on 4K UHD with HDR. As an SDR Blu-ray, it really is an impeccable image. Details never falter - even during the wild action sequences with swift panning cameras - there is always this gritty realistic quality. Colors run the gamut from true natural primaries to the bold green and neon blues and purples of Korea's nightlife scene. As a result, flesh tones don't always look human accurate as they're subject to their surroundings. But that's a stylistic choice of the filmmakers rather than a fault in the transfer. Black levels are deep and inky. Night scenes where the killer shows up and he dissolves into the background but keeps enough shadow gradience to not be crushed out maintains a creepy three-dimensional vibe. 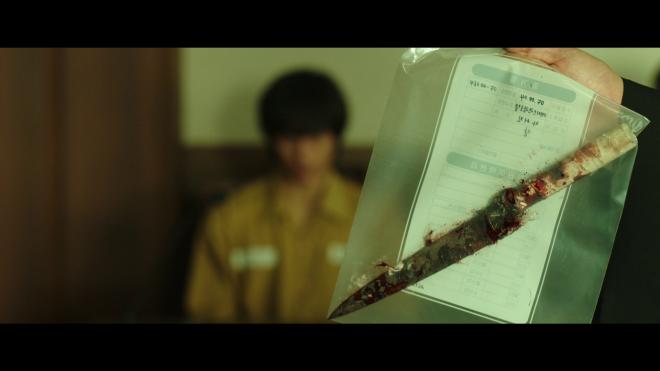 Propping up the video score is an excellent DTS-HD MA 5.1 Korean language audio track with English Subtitles. As is the usual with Well Go releases, a 2.0 Dolby Digital stereo track is also included but it's nothing amazing to speak of. Comparatively, the 2.0 mix is too front and center for its own good and lacks any real character. On the flip side, the 5.0 mix offers a rich immersive presence that allows for near-constant -- if subtle -- surround activity. While the action sequences really punch things up in the surround department, I was actually most impressed with the conversational sequences that allowed the setting to be an auditory character. When the cops are having their briefing there's plenty of background elements to set the scene - likewise when the killer strikes and it's practically silent, there's still road noise and other features to keep the mix engaged. 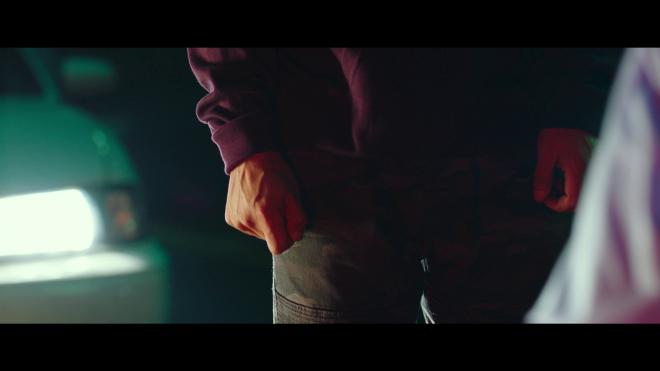 Unfortunately bonus features while informative are a bit of a bust. While they're interesting, they're little better than brief EPK features that burn through their topics before you really even have time to absorb what they're discussing. 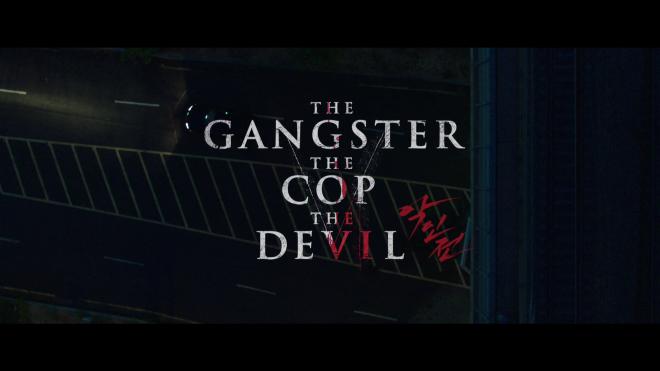 I love it when I get to discover a movie I knew nothing about going in and am completely taken away with. The Gangster, The Cop, The Devil is a bit familiar, the plot setup may not be unique, but the performances and smart execution keeps it feeling fresh. Never stale, never boring, this is prime entertainment value. I'm curious how a potential remake will turn out, but even if that's a stinker, the original will still be worth enjoying.

Well Go USA delivers The Gangster, The Cop, The Devil to Blu-ray in fine order sparring with a damned impressive A/V presentation. I wish there had been more to the bonus features package and there is a piece of me that hopes or a 4K UHD release down the line, just the same this Blu-ray comes Highly Recommended.