The Flame of New Orleans

Some flames burn hot; others not so much. Unfortunately, The Flame of New Orleans falls into the second category. Director Rene Clair's frothy period farce about a manipulative coquette juggling material and romantic desires provides a tailor-made showcase for Marlene Dietrich, but despite style and sass, the film never quite produces the promised sizzle. Kino's Blu-ray presentation features a good but not exceptional video transfer and solid audio, but unless you're a diehard Dietrich devotee, this enjoyable yet middling classic is only worth a look.

French director René Clair enjoyed a brief Hollywood career in the early 1940s that culminated with his classic Agatha Christie adaptation And Then There Were None. A light, ethereal touch reminiscent of Ernst Lubitsch defines Clair's style, but The Flame of New Orleans, his first American picture, lacks the effervescence that buoys Lubitsch's best work. Though charming, a bit risqué, and distinguished by an excellent cast, this opulent Marlene Dietrich vehicle never quite captures our fancy like we hope it will. It's lovely to look at - the film received an Oscar nomination for its art direction/interior decoration - but its wispy narrative struggles to sustain itself, even for 79 minutes.

Claire Ledeux (Dietrich) is a glamorous countess (or is she?) who has recently forsaken Paris for New Orleans in the early 1840s. Bedecked in frilly finery and dripping with jewels, she catches the roving eye of arrogant aristocrat Charles Giraud (Roland Young), and hopes his amorous attention will lead to marriage and, more importantly, lasting financial security. A chance encounter, though, with strapping sea captain Robert LaTour (Bruce Cabot) alters the romantic landscape, forcing the coquettish Claire to choose between an aged prince and his enticing millions and a sexy pauper who can't give her anything but love.

Complications multiply when a Russian lothario (Mischa Auer) believes Claire resembles a notorious, opportunistic flirt he once dallied with in St. Petersburg. Fearful he will blow her cover, Claire invents a look-alike black sheep cousin named Lili to quell the rumors, but juggling the two polar personalities soon proves problematic...and just might spoil her chances with both men. 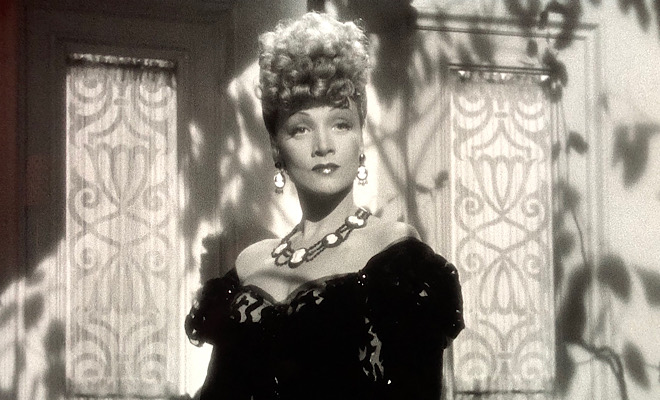 After producer Joe Pasternak revived Dietrich's faltering career with the raucous western comedy Destry Rides Again in 1939, he mounted the star's next two pictures. The Flame of New Orleans would be their final collaboration, and though the film didn't meet box office expectations, it gave Dietrich a chance to kick up her heels once again and mildly spoof her image as a predatory seductress. Her tongue-in-cheek portrayal is a tad too subtle to engender many laughs, but her palpable magnetism carries the day. Nobody wears outlandish costumes like Dietrich and few actresses take better advantage of a close-up. Her European reserve may get the better of her here, but she still files a finely tuned and captivating portrayal.

Censorship issues plagued The Flame of New Orleans, leading to on-the-fly script revisions and reports that two reels of the film were summarily cut because they couldn't pass the Breen Office's strict moral guidelines. On-set turbulence between Dietrich and co-star Cabot, a second-rate Clark Gable, also disrupted production (she reportedly thought he was a lousy actor and grew impatient with his lack of preparation and cavalier attitude), and the crew often clashed with Clair, who couldn't yet speak a word of English and struggled to convey direction to his technicians. Despite such problems, the film still flaunts a fluid feel, and several humorous moments, care of expert screenwriter Norman Krasna (Indiscreet, White Christmas), brighten the proceedings. 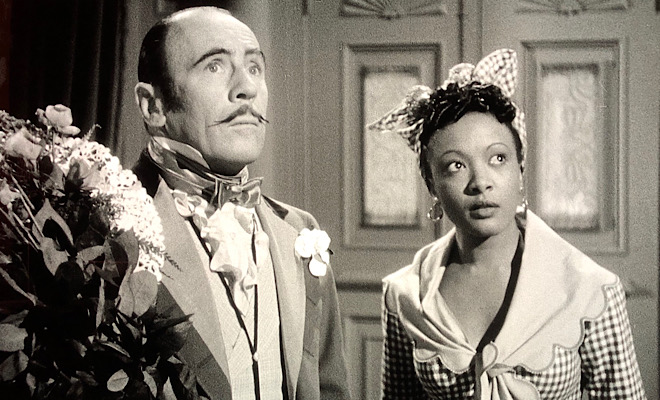 Delightful moments abound in The Flame of New Orleans, but the end result can't quite rival other comedies of the period. Dietrich is always fascinating to watch, and her seductive allure certainly propels and often sustains this charming tale, but she's not vivacious enough to appropriately rev the film's engine. Though it's great to see more of Dietrich on Blu-ray these days, The Flame of New Orleans will only warm the souls of the star's diehard fans...and maybe that was all it was ever intended to do. 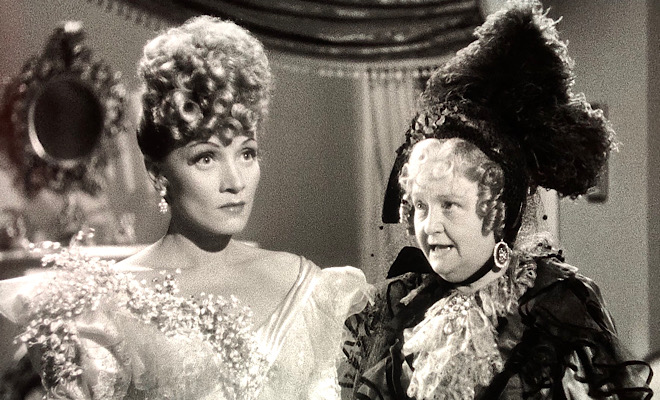 The Flame of New Orleans arrives on Blu-ray packaged in a standard case. Video codec is 1080p/AVC MPEG-4 and audio is DTS-HD Master Audio 2.0 mono. Once the disc is inserted into the player, the static menu with music immediately pops up; no previews or promos precede it.

The Flame of New Orleans did not seem to merit a restoration for its Blu-ray release, and the resulting 1080p/AVC MPEG-4 transfer suffers as a result. While much of the film looks bright and vibrant and sports excellent clarity and contrast, a few stretches look a bit banged up, with intermittent white blotches and streams of faint vertical lines marring the print. Lush blacks, crisp whites, and a pleasing grayscale honor Rudolph Maté's sumptuous cinematography, while the enhanced level of detail allows us to fully appreciate the film's Oscar-nominated Art Direction-Interior Decoration. The close-ups of Dietrich, even when her face is somewhat shrouded by veils, ooze Hollywood glamor, and the textures of lace, chiffon, and silk that largely comprise her sumptuous wardrobe are well rendered. A healthy grain structure maintains the look and feel of celluloid, but never overwhelms the image, which remains pleasing - if not consistent and pristine - throughout. Kino has released some stunning Dietrich transfers of late, but unfortunately, The Flame of New Orleans doesn't quite rise to that lofty level.

The DTS-HD Master Audio 2.0 mono track supplies clear, well-modulated sound. A wide dynamic scale handles all the highs and lows of Frank Skinner's lilting, romantic music score without a hint of distortion, and all the dialogue is easy to comprehend. Dietrich's singing vocals sound rich and full, and both subtle atmospherics and more bombastic sonic accents are crisp and distinct. Best of all, any age-related hiss, pops, or crackle have been scrubbed away, leaving a clean, lively track that nicely complements the on-screen action.

A pleasant trifle for Marlene Dietrich fans, The Flame of New Orleans beautifully showcases the alluring star, but this featherweight romantic farce only comes alive during its second half. Sexual manipulation and a madcap masquerade make the period tale palatable, yet despite some clever moments and artful direction by René Clair, the movie rarely rivals other pictures in the same cluttered genre. A good but not exceptional video transfer and solid audio make The Flame of New Orleans worthy of a purchase for Dietrich aficionados, but if you're not a Marlene maven, this enjoyable but forgettable classic is merely worth a look.