As a spin-off reboot meant to reignite interest for a new generation, F. Gary Gray's Men in Black: International sadly crash lands with a sleep-inducing dud, despite the cosmic charisma of stars Chris Hemsworth and Tessa Thompson. On the bright side, the London branch saves Blu-ray with a stunning HD presentation and a reference-quality 5.1 DTS-HD Despite a disappointingly-small set of bonus materials, the overall package is Worth a Look.

You can read our full thoughts on Men in Black: International in our review of the 4K Ultra HD Blu-ray HERE. 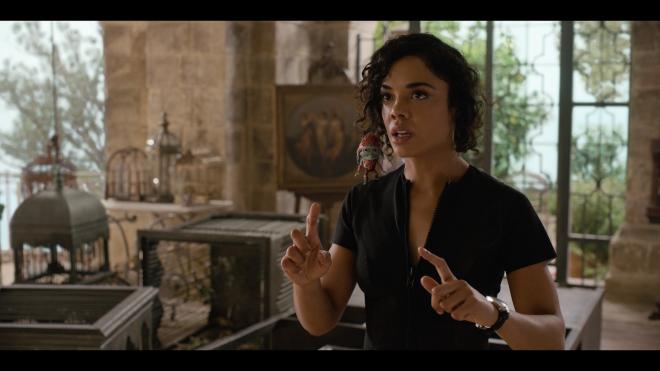 Sony Pictures Home Entertainment brings Men in Black: International to Blu-ray as a two-disc combo pack with a code for a Digital Copy. The first is a Region Free, BD50 disc sitting comfortably on the panel opposite a DVD-9 copy and housed inside a blue, eco-elite keepcase. At startup, the disc commences with a series of skippable trailers before switching to a still menu with music playing in the background and the usual options along the bottom. 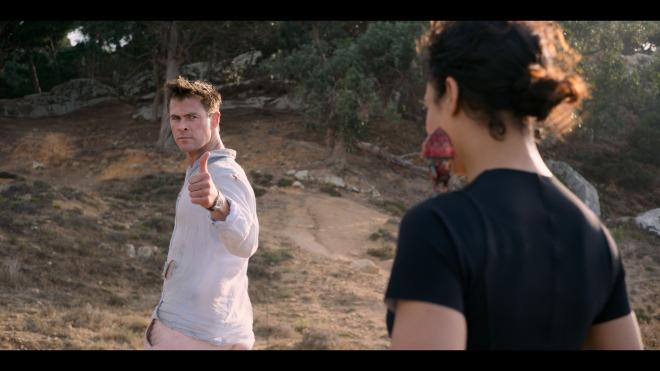 The sci-fi fantasy spin-off seeks the truth of the universe on Blu-ray and suits up with a spectacularly stunning, reference-quality 1080p/AVC MPEG-4 encode that'll wow any viewer even if the movie itself fails to do so.

Being a family-friendly action-comedy, the presentation showcases spot-on and highly-dynamic contrast, outfitting the visual silliness with a lustrous, upbeat brilliance and intensely radiant whites. Highlights, such as in the explosions, the laser guns or the pure-energy alien Twins, are incredibly crisp and vibrant, allowing for stunning clarity of the smallest object and debris. At the same time, black levels are inky rich and opulent, particularly during the many nighttime sequences where silky, stygian shadows penetrate deep into the screen while maintaining exceptional visibility of background details, providing the 2.00:1 image with a three-dimensional feel and a gorgeous cinematic quality.

Better still, the freshly-minted transfer is awash in lush, sumptuous primaries, lavishing nearly every scene with a bold, energetic appeal that feels true to the movie's comic book origins. The most impressive and definitely demo-worthy moments are every time The Twins appear in their true form, significantly animating the screen with a magnificently splendid array of secondary hues. A mesmerizing feast for the eyes, the beings are essentially conscious mini-supernovas, a glowing, swirling spectacle of rich beige tans, snappy lemony yellows and deep, fiery tiger oranges mixed with violet purples, dazzling lavenders, rich fuschia pinks and glistening cobalt blues. The characters are a remarkable, delightfully imaginative addition to the movie.

Shot on a combination of Arri Alexa cameras, ranging from 3.4K and 6.5K resolution levels, the video also lands to home theaters with a near-flawless HD presentation, boasting stunning, razor-sharp clarity and details in every scene, including the fast-paced action moments. The individual hairs are distinct, and the textures of the fabric in the clothes are very well-defined and lifelike while every little knob and blinking light in the assorted gadgetry within MiB's arsenal is plainly visible. Just as shockingly good is the incredibly CG work of the various alien creatures, exposing every minute feature, hair and fold of skin with striking, realistic detail. Facial complexions are highly revealing as well, showing every wrinkle, pore and negligible blemish in the faces of the entire cast. The only issue keeping the picture from perfection are  a few instances of very trivial aliasing along the sharpest edges of some objects.

It's also worth noting since the movie is presented in its original 2.00:1 aspect ratio, CIH enthusiasts will have to make a few adjustments in order to remove the top and bottom black bars. After making such alterations on my system, which ended up with small black bars on the left and right of the screen, I was able to fully enjoy the movie as the filmmaker's intended. (Video Rating: 98/100) 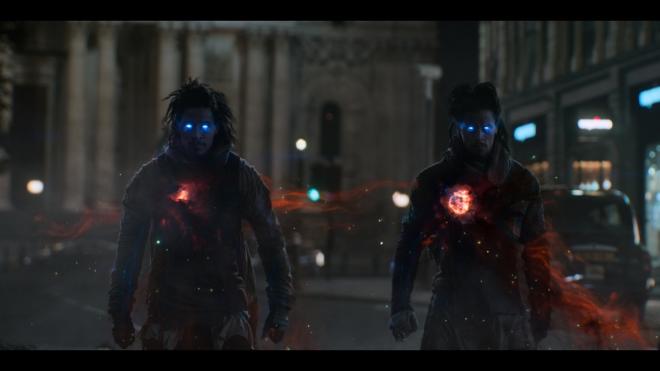 Equipped with only its wits and a fantastically engaging 5.1 DTS-HD Master Audio soundtrack, the Men (ahem!) in Black blast their way into home theaters with phenomenally distinct clarity and superb definition in the mid-range, generating a brilliantly broad and spacious soundstage.

No matter the scene, the action is continuously layered with background activity convincingly moving between the three front channels and into the off-screen space. The loudest, ear-piercing moments and upper frequencies maintain strikingly clean details while also providing Chris Bacon's score and Danny Elfman's now-iconic MiB motif with appreciable warmth and fidelity. Aside from the periodic mumbling in Hemsworth's British accent, the dialogue is always precise and well-prioritized amid the mayhem. The low-end is powerfully robust and accurately responsive with a few authoritative moments that provide the visuals some commanding weight and presence, especially in the bombastic climactic battle (bass chart).

Keeping the sci-fi excitement going, the design employs the surrounds effectively with excellent directionality and placement, placing the viewer right in the middle of the fantastical chaos. The sides and rears burst to life with enthusiasm during the many battles, as debris shatters in every direction, gunfire fluidly zooms through the room, the Hive's roar echoes into all the speakers and the crazy alien vehicles flawlessly pan from one side to the other. Unfortunately, quieter scenes are not quite as effective, as the sudden lack of activity in the surrounds is very apparent, practically calling attention to itself. Thankfully, the action sequences blast with enough intense energy to more than make up for it, delivering a highly-satisfying lossless mix fans will surely enjoy... unless they're watching the 4K Ultra HD Blu-ray, which boasts an even more immersive Dolby Atmos mix. (Audio Rating: 94/100) 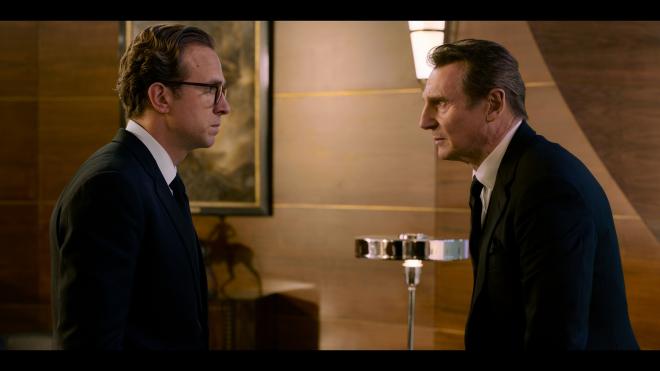 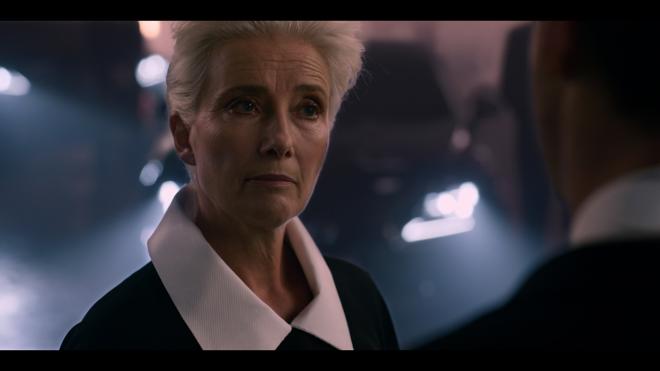 Starring Chris Hemsworth and Tessa Thompson as the black-suited agents policing the planet from the scum of the universe, F. Gary Gray's Men in Black: International is the fourth entry in the series. As a reboot/spin-off, it's sadly too boring to take off, crash landing with a massive dud despite its fantastical, eye-candy visuals. However, the London branch saves the world on Blu-ray with a stunningly gorgeous, reference-quality HD presentation and a satisfyingly demo-worthy DTS-HD MA soundtrack. Although arriving with a disappointingly small set of bonuses, the overall package is a case bad flick, good disc that's worth a look.

Sale Price 14.84
List Price 19.99
Buy Now
3rd Party 2.81
In Stock.
See what people are saying about this story or others
See Comments in Forum
Previous Next
Pre-Orders
Tomorrow's latest releases