Two best friends have one last night of high school to experience all the fun they missed out on in Booksmart. Directed by Olivia Wilde and starring Kaitlyn Dever and Beanie Feldstein, this smart and hilarious comedy comes up with a lot of heart about getting older while making sure to find time to live life. This could have been a crude rehash of so many other coming-of-age comedies, but it finds a way to be something uniquely special. 20th Century Fox delivers a first-rate Blu-ray with an excellent A/V presentation and some halfway decent bonus features to match. Highly Recommended.

"We haven't done anything. We haven't broken any rules."
"Okay, we've broken a lot of rules. One: We have fake IDs."
"Fake college IDs, so we can get into their 24-hour library."
"Name one person whose life was so much better because they broke a couple of rules."

Best friends Amy (Kaitlyn Dever) and Molly (Beanie Feldstein) pledged to be straight-A students through High School. That means no parties. No drinking. Ultimately none of the fun that their classmates had - who also all managed to get in their schools of choice. Realizing they wasted the last four years being total dorks, Amy and Molly head out into the night one last time before graduation to squeeze in the four years of fun they missed out on. 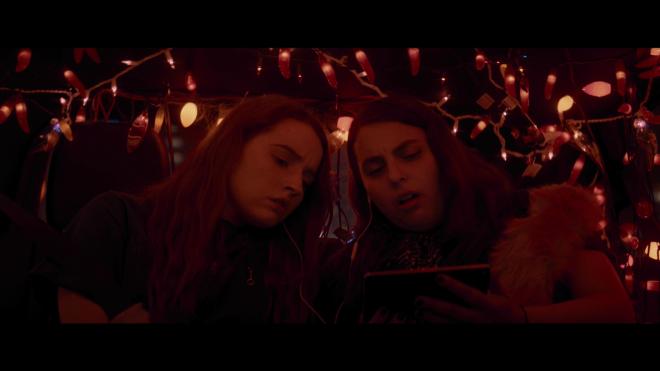 Sometimes, you just gotta cut loose and enjoy life. That's the central premise here with Booksmart. Like Molly and Amy, I wasn't much of a party kid in high school. Basically I was a dork. I kept to myself and my core group of friends to play games, read comics, and watch movies. Partying wasn't big on my list of things to do and I even got a bit of a stuffed-up personality about it. While it easy to go overboard, sometimes it's good to let off some steam and just enjoy being alive. So long as nothing living and breathing gets hurt - what's the harm? I held myself back for so long that it wasn't until well into college that I truly unwound and let me be me in a group of people - and made some genuine friends that I keep in touch with nearly 15 years later!

That's why I relate to Booksmart and find it to be one of the most refreshing teen coming of age comedies I've seen in a long time. So many films of this type are focused on one aspect of letting loose. They're either interested in only getting laid or high. Here we have two smart young women who just want to live and experience even a hint of the fun they forcibly missed out on because they were so dedicated to the status of getting into the best schools in the country. It never crossed their minds they could have their cake and eat it too - in moderation.

Now well into my 30s, I am admittedly still a dork - but I know when it's time to let loose. I can look back at my scholastic career and see numerous opportunities to have had that stick removed that made me an often uptight prick to people who didn't deserve it. Booksmart plays like the awaking I wish I had experienced earlier. It's a one single wild and crazy night comedy that is often just damn hilarious. It helps to have Beanie Feldstein and Kaitlyn Dever in the leads. Their transformations are hysterical and poignant all at the same time. It helps that their interplay is pitch-perfect leading you to easily believe they could have been friends the entire time. Along for the ride delivering solid performances is Jason Sudeikis, Lisa Kudrow, Will Forte, as well as a great turn from Skyler Gisondo who manages to play the loveably funny nice guy next door with gusto.

Olivia Wilde makes her feature directorial debut here and it's a hell of a first effort. The comedy comes in loose and groovy with an even flow allowing for situations to percolate to absurdity - but only just so far. Just when things are getting a bit too silly. A sequence where our heroines get high and trip believing themselves to be uniformly genderless amorphous action figures could have broken the movie - and it almost does - but Wilde's keen eye knew when to pull back from absolute absurdity. It's a wild and crazy night and one well worth taking!

Booksmart arrives on Blu-ray courtesy of 20th Century Fox in a single disc Blu-ray + Digital set. Pressed on a BD-50 disc, the disc is housed in a standard eco-friendly case with identical slipcover artwork. The disc loads to an animated main menu with traditional navigation options. 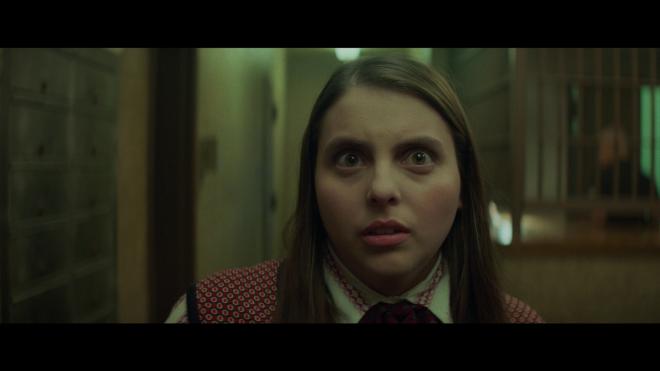 Times like this I wish every flick could get a little 4K UHD love. It's the only way Booksmart could look any better than it does! The 1080p 2.39:1 transfer arrives with stunning details, robust colors, strong contrast, and nice deep inky black levels. I wasn't able to ascertain the resolution of the digital intermediate - regardless this is a great looking image with a strong film-like quality to it. Details are picture-perfect allowing for facial features, costuming, and the impressive set design to come through. Since this movie takes place at night at various parties and dark streets, there's plenty of opportunities for the black levels to strut their stuff giving deep blacks with some great shadow separation leading to a richly organic three-dimensional quality to the image. Contrast is also strong with whites nice and crisp without any blooming. It's good to see that even if it isn't on the highest quality format possible a movie can still be visually impressive. 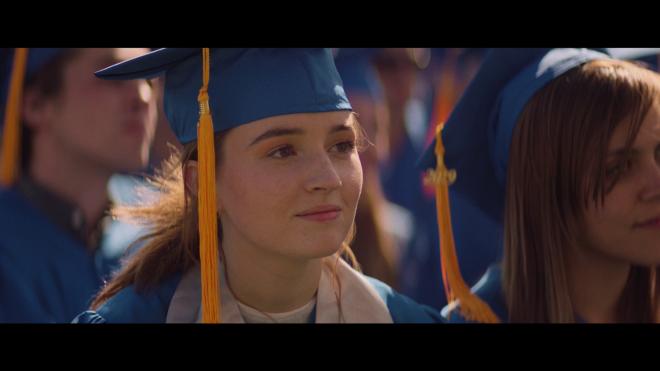 Booksmart owes a lot of its comedic success to the robust DTS-HD MA 5.1 mix. The dialogue crackles throughout the run of the film and is crystal clear. The music selection to buttress the hijinks of the one crazy night is some pitch-perfect material and plays perfectly without completely dominating the soundscape allowing dialogue and sound effects to have their place. The surround effects, while subtle, also find plenty of punch throughout the movie. From the crowded school hallways to the crazy parties to the busy nightlife streets - there is almost constant surround engagement. 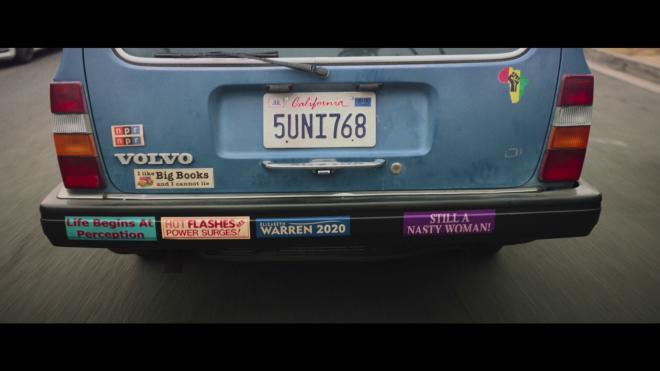 While the bonus features have some of the tired and true EPK materials, what's here is genuinely worth digging through. The audio commentary featuring Wilde is a great listen as she offers up plenty of insight into the production and getting the film made. 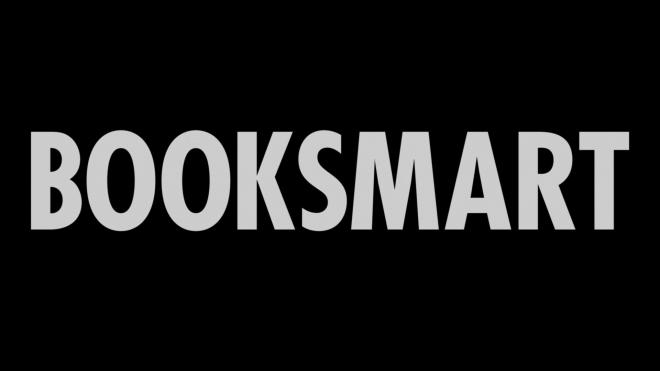 I wish I'd caught Booksmart in theaters because I know a few people I would have happily dragged to it for repeat viewings. As one of my favorite movies of 2019 - thus far - Booksmart had me laughing and remembering how truly awkward that transition from high school to college was. It may not be a movie that strikes a chord for everyone - but for some of us square pegs in high school, it's the perfect movie to highlight those transformative moments.

20th Century Fox delivers Booksmart to Blu-ray with a terrific A/V presentation featuring a colorful and detailed image and a robust audio mix to match. Bonus features may not be plentiful but what they offer is quality stuff worth digging through. If you're in need of a great comedy about one of the most awkward times in your life Booksmart shouldn't be missed. Highly Recommended.

Sale Price 7.99
List Price 26.99
Buy Now
3rd Party 39.99
In Stock.
See what people are saying about this story or others
See Comments in Forum
Previous Next
Pre-Orders
Tomorrow's latest releases