Long Day's Journey Int Night spins a complicated web of details where one man attempts to piece together the events of his past as he searches for a mysterious woman he hasn't seen in 12 years. A neo-noir thriller, the film is a slow-boil as pieces of the story come together culminating in a breathtaking 59-minute single-take 3-D shot. Kino Lorber delivers a flat 2-D presentation as well as the theatrical 2-D/3-D experience to Blu-ray with a near reference quality image and audio presentation. The film itself may not be for everyone, but those who enjoy it may find a new favorite to add to their collection. Highly Recommended.

"The difference between a movie and memory is that movies are always false."

Lou Hongwu (Huang Jue) hasn't been to his home in Kaili for 12 years. Upon his return, he's flooded with memories of the mysterious woman Wan Qiwen (Tang Wei) whom he had a long affair with and the death of his friend Wildcat (Lee Hong-Chi). As he tries to track down the whereabouts of Wan Qiwen, he must put together the pieces of his blurred memories that lead to his exile, her disappearance, and a murder. 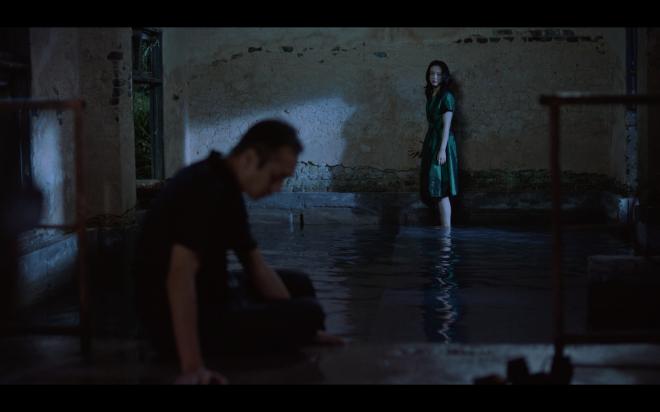 Long Day's Journey into Night is an often maddeningly hypnotic neo-noir thriller that can test your patience, but damn is it beautiful. The first half of the film is told in a combination of current real-time and flashbacks - with usually very little distinction. Time and space aren't linear. You're given pieces of the story in sporadic fragments and out of place. As we follow Lou Hongwu's recollections we're given another little slice of events - and never completely accurate. Director Bi Gan is clearly playing with the fantastical unreliability of memory and how we remember events in our lives playing out versus how they actually happened. Night very quickly reminded me - at least thematically - of David Lynch's Lost Highway. Maybe not as nightmarish or disjointed, but there is this ominous dread that our lead character is a very unreliable witness to events.

To that end, Night is a very slow and methodical thriller. The idea of calling it a thriller may not be the cleanest definition given other genre releases. There isn't a creepy killer or a clear bad guy hanging around waiting to do our lovers harm - but there is an ever-constant sense of foreboding. You know things can't end well - you're just not sure how they're going to end. Conversations that seem like they're not going anywhere and last several minutes often hold the key to the reality of the situation.

On its own merits, Night is my kind of slow-burn thriller. It's not eager to move onto the next scene and it's certainly not in a hurry to spoon-feed you the story. You have to be an active participant cataloging the moments and conversations as you go along. Like a good mystery, all of the clues are right there in front of you if you're willing to look and listen.

As this film plays with this disjointed sense of memory and reality, we're treated to a dream of a scene - a 59-minute unbroken single take 3-D shot. Virtually the last half of the film is one final shot and picks apart everything you've seen and it's masterful! I don't want to talk too much about it because it starts to dip into spoiler territory, but it's an impressive piece of execution that apparently required months of planning and several attempts to achieve. It may feel like a gimmick in the moment but the pay off makes the 3-D an essential piece of the puzzle. It's still an effective scene in 2-D but to fully enjoy the technical accomplishment as well as its importance to the story, 3-D is the best way to view it.

This 3-D sequence isn't entirely out of place either. The film itself up to that point has a very three-dimensional look and feel to it. The camera always moves along the X/Y axis, left-right, up-down, in and back out - virtually never does it make any kind of sharp angles or wild camera pans for style. It plays with focus and depth of feel for long takes constantly maintaining a dreamlike quality to the imagery. When the 3-D scene begins it feels like an extension of this strange dream we've witnessed up to that point.

Having gone through Long Day's Journey Into Night a couple of times now I can squarely say that it's a new favorite - but I know it's not for everyone. Even during my first viewing, I was very aware that the deliberate pacing and fractured storytelling would put people off. Admittedly I was a little annoyed with it at first - but then I started to get it. Enough clues and pieces of information had stacked in that my early grievances quickly fell by the wayside. That first viewing was also predicated on the anticipation for the 3-D sequence, so my eagerness to get to that moment colored my initial feelings. Two times through now I love this flick. It's one I'd encourage noir lovers to give a shot - regardless if they're 3-D capable or not. Probably not going to be everyone's cup of tea, but it suited me just fine!

Kino Lorber delivers Long Day's Journey Into Night onto Blu-ray in a two-disc standard Blu-ray + 3D Blu-ray set. Pressed on individual Region A locked BD-50 discs, the discs are housed in a standard sturdy 2-disc case. Disc One is the 2-D only version of the film and contains all of the bonus features while Disc Two is only the 2-D/3-D presentation of the film. Also included is a booklet containing a very good interview with director Bi Gan from the day after the film premiered at Cannes in 2018. 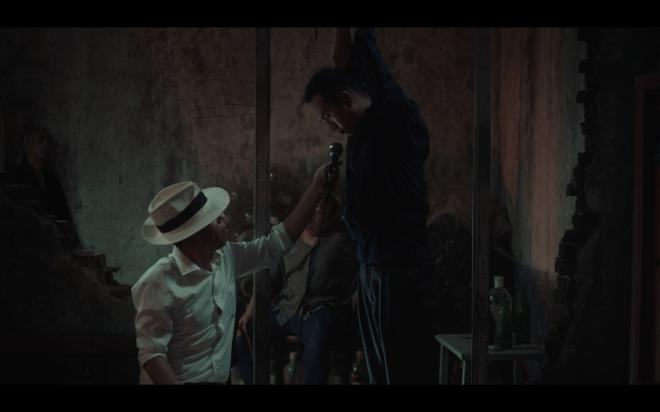 Long Day's Journey Into Night arrives with a strikingly beautiful 1080p 1.85:1 transfer. Detail clarity is stunning at times as shots last for lengthy periods of time allowing you to absorb the tiniest details. Facial features, clothing, the condition of the dilapidated restaurant - everything is on display. Colors are robust while the film focuses on a cooler more drab appearance highlighting blues and grays giving primaries individual moments to shine. Flesh tones are healthy without any issues. Black levels are deep and inky with terrific shadow separation - even when the image is 2-D there is a terrific sense of three-dimensional depth.

For the 3-D presentation of the film, the disc is essentially in 3-D mode from the outset, only you don't need to wear glasses throughout the film. At a little more than halfway through the film, Lou Hongwu goes to a movie theater where people put on their 3-D glasses as he falls asleep and the image fades to black - this is the moment to put your 3-D glasses on. This gives a seamless transition to the single-take sequence. Because the 3-D sequence was shot at 5K, there's little difference in image clarity and detail between the two halves of the film. It looks sensational. The single take at first feels a tad restrictive as camera placements inside a dark small room don't offer much of a "3-D" experience. But then they leave that small room and the world literally opens up. A stretch where Lou Hongwu travels in a sling down a tram into the city is breathtaking and how the crew managed the labyrinthian structure of the city allows for amazing depth to the image with foreground, middle, and deep background object placement. As we explore pieces of the city, the story comes together and it's a hell of a final sequence to bring the film to a close on. Considering the composition of shots throughout the film, I do wish the entire thing had been presented in 3-D, but in the context of the story I understand why only this incredible 59-minutes in a single take was expanded to the format. It's a hell of a technical accomplishment and looks fantastic. 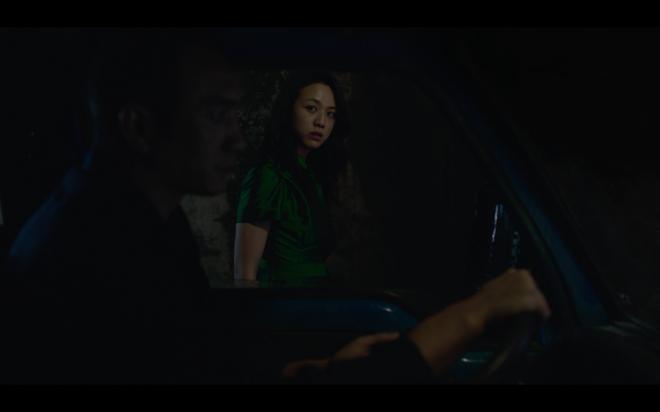 Long Day's Journey Into Night is given three audio tracks to choose from Mandarin DTS-HD MA 7.1, 5.1, or 2.0 stereo with optional English subtitles. Why the necessity for three such distinct listening experiences is a little past me, but you get to pick. For my money the 7.1 was the best of the bunch followed closely by the 5.1 track. The 2.0 stereo track feels too cramped and a bit redundant comparatively. The 7.1 mix wins the day for how big and opens it makes the film feel even though most of it takes place in small spaces. But echo effects within the old abandoned buildings or the sounds or rain, or cars driving through tunnels make the soundscape feel large and encompassing. Even in the quietest of moments, the surrounds find some way to be active and present. During the big 3-D sequence they pick up the tiniest sounds of a pool hall or a distant karaoke contest with distinct natural placement. Like the visuals, the sound is particularly impressive when the camera looks and moves over the city and we can pick up each of these little locations. For all three tracks, dialog is clean and clear throughout. Levels are spot on. This isn't an action-packed mix, it's purposefully quiet but it's never overly soft. 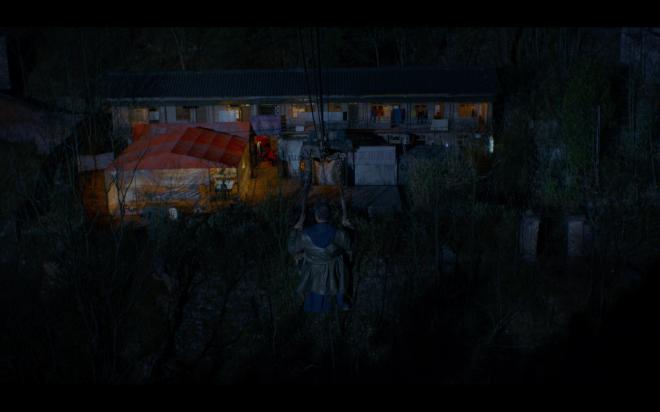 Bonus features aren't all that plentiful but the interviews offer nice insight. I was disappointed that the making-of documentary was as short as it was. I'd have loved to see more how they pulled off the 3-D sequence as well as shooting locations. There are some real technical achievements on screen here and it'd been great to see how they did it. 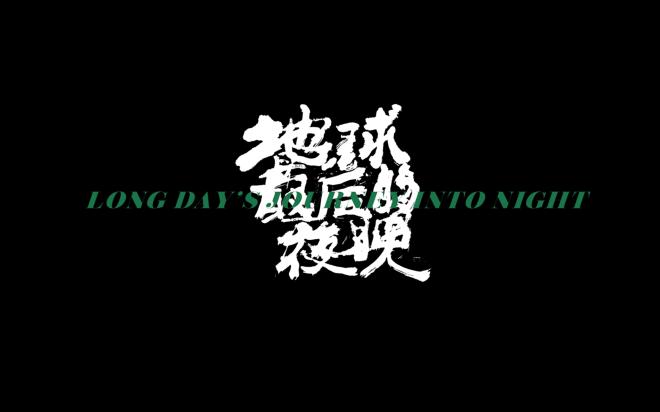 Long Day's Journey Into Night is not a film for everyone - but those that give it the due time to build its plot and setup should appreciate the story it strikes out to tell. If you're a fan of 3-D the final hour of the film is a technological marvel on top of being an incredibly intricate piece of storytelling and filmmaking. Often challenging to access, the film is never dull so long as you pay attention to the tiny details a full picture of events emerges.

Kino Lorber has done a masterful job delivering Long Day's Journey Into Night to Blu-ray offering fans both the standard 2-D presentation as well as the full 2-D/3-D experience that was offered theatrically. With both versions getting their own discs, both presentations look and sound incredible offering near demo-worthy visual and audio experiences. Bonus features are sadly a bit on the light side, but the film is an arthouse neo-noir masterpiece. While I know some may not be as impressed with the film but I came away from it deeply impressed with its storytelling technique on top of its impressive technical achievements. Highly Recommended.