The usual Seth Rogen tropes are present in Long Shot, where former friends cross paths later in life, only to realize they are in love with each other through their misadventures on the road to the White House. It's a funny, charming, yet predictable flick. Lionsgate votes for Blu-ray with a solid 1080p transfer and an unnecessary Dolby Atmos audio track. Extras are stuffed with hilarious interviews and much more. Recommended! 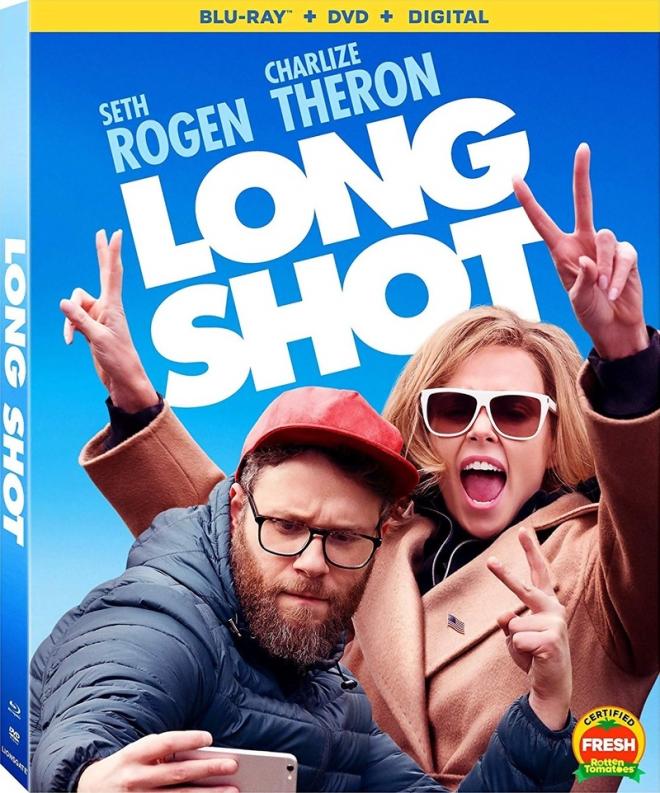 Packed with a few surprises, Seth Rogen comedy, and a terrorist attack, Long Shot is a satisfying rom-com, regardless of some of its familiar plotting. It's got star power, witty dialogue, and an implausible scenario that feels convincing as two former childhood best friends reconnect and fall in love. It's nothing advanced or original, but the chemistry and laughs keep this film moving forward.

Seth Rogen plays Fred Flarsky, a die-hard liberal journalist who always stands up for what he believes in. After losing his job, Fred's best friend brings him to a charity event where Boyz II Men is performing. Fred comes across Charlotte Field (Charlize Theron), the babysitter he had a crush on growing up. Charlotte has been tapped to run for President of the United States next election and it just so happens that she is looking for a speechwriter. This sets up the odd couple on a whirlwind journey across the globe as Fred embarrasses himself everywhere he can, including falling down in public, doing drugs, and fighting with other diplomats. Charlotte finds all of this charming and a break from the usual self-obsessed Washington cronies.

Love is definitely in the air between these two and, while it's not a believable storyline, the film is still fun and hopeful. Long Shot makes you believe these unlikely friends could fall for one another. Through some good and hysterical character development, along with a suspenseful action sequence or two, these characters bond over their mutual respect and sense of humor together, which are very real emotions.

Both Rogen and Theron deliver the goods in their respective roles, even with rampant toilet humor, displaying anger and affection for one another flawlessly. Their rapport is so wonderful that you'd think they had known each other all their lives. While Long Shot follows a familiar rom-com formula, it has enough heart, laughs, and actor chemistry to keep you coming back for more. (Plus, it's always fun to watch the antics of Seth Rogen listening to Boyz II Men.)

Lionsgate elects Long Shot to Blu-ray, DVD, and Digital Copy combo pack. The discs are housed in a blue plastic case with a cardboard sleeve featuring Rogen and Theron. Inside, you'll find the digital code that you can download for Movies Anywhere. 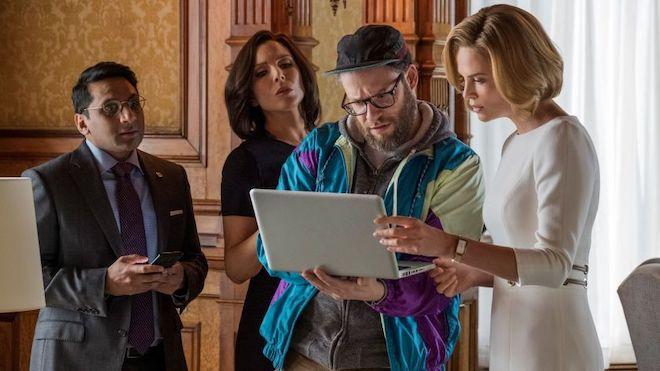 Romantic comedies are not known for grand visuals, but Long Shot still gets the job done in this solid 1080p HD presentation. Both color and detail are consistent with their real-world palette while having small issues throughout. Colors only seem to pop in the daytime or well-lit sequences where Rogen's windbreaker jackets show their bright pastel colors. Theron's primary-colored dresses always shine exquisitely, while interiors at parties and offices are satisfying. In darker sequences though, it looks like yellow, orange, and green filters were used, which hindered the rest of the color spectrum and detail. Even a scene on a beach looks a little hazy and murky.

The detail is sharp and vivid, which showcases individual strands of Rogen's scraggly beard and facial lines. You can even pick out the few gray hairs as the actor has grown older. We can see makeup blemishes on Theron and textures in her regal wardrobe. The big explosion shows debris and fire with all its intricate objects flying around as well. Black levels are mostly deep but have a small amount of crush. Skin tones are natural when not in low-lit scenes and there were no major issues with banding or aliasing either, which rounds this rom-com out nicely in the video department. 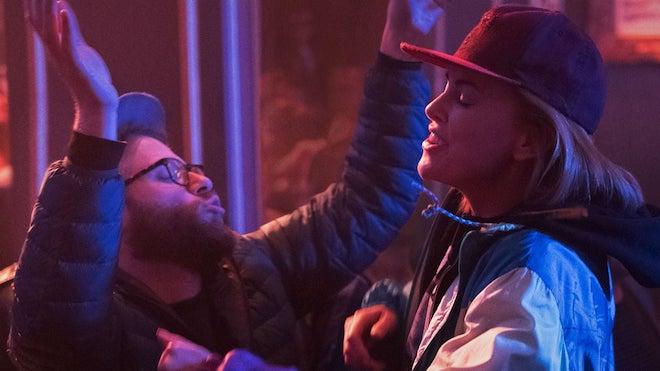 Oddly enough, Long Shot comes with an unnecessary and under-utilized Dolby Atmos track. A simple DTS-HD 5.1 or 7.1 would have been enough here because height channels aren't really in play and due to the comedic dialogue throughout the film. This is more of a front and center track than a big action-packed Atmos package. The surrounds give a strong presence during party sequences, where the crowd can be heard dancing, laughing, and talking in the background, along with Boyz II Men performing, but other than that, it's straight forward. The terrorist attack scene gives a big sonic boom with a deep low end of the bass, and some of the musical cues provide ample depth as well. Dialogue is clean and free of any audio dropouts. This is a good audio mix, but the Dolby Atmos option wasn't necessary. 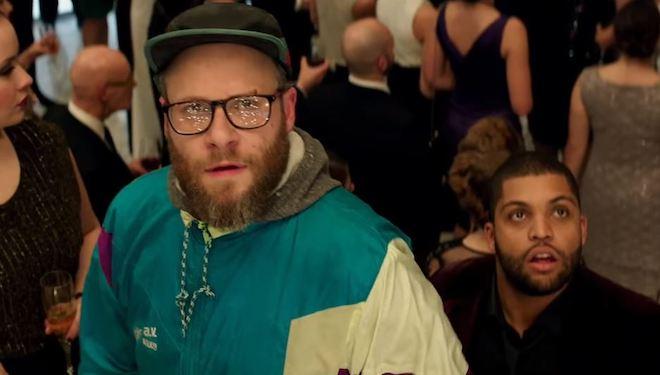 There are 99 minutes worth of bonus material included here. A ton of interviews with the cast and crew, some stunt sequences, and a bunch of footage of the cast trying not to laugh during takes. These bonus features are worth your time. 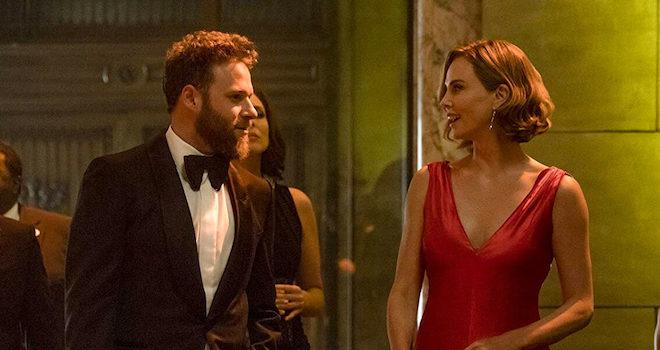 Long Shot is a funny, yet predictable romantic comedy with a few surprises up its sleeve. It doesn't change the genre, nor does it stray from the formula, but you'll have a lot of fun if you're a Seth Rogen fan. This Blu-ray release comes with a good 1080p HD image, and while the Dolby Atmos track was overkill, it still sounded great. Bonus features are all worth your time as well. Recommended!