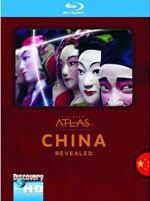 The Discovery Channel's 'Discovery Atlas' project is a television travel series like no other. Each episode in the planned twenty-part series profiles a different country, but instead of focusing on more typical superficial tourist fare (landmarks, food, etc.), 'Atlas' turns its lens to the country's natives, focusing in on their individual struggles, accomplishments, and pride as it relates to their homeland.

The first four episodes in the series were released on both high-def formats earlier this year, and as I've mentioned in my earlier reviews of Australia, Italy, and Brazil, the series' unique approach has produced some very strong results. Shot with high-def cameras, each episode has featured stunning photography and a unique perspective on these countries rarely seen outside their borders.

While 'China Revealed' takes the same general approach, unfortunately it yields less consistent results. The photography is just as beautiful, but overall I felt the presentation lacked both the perspective and intrigue of other installments.

After a brief overview of the country's history, the meat of this episode once again looks at the lives of average Chinese citizens through a series of quick vignettes: Liu Jeifang is a Kung Fu master devoted to the pursuit of style perfection; Sun Feng is a migrant worker who struggles near the bottom with dreams of the top; Vincent Lo is a real estate developer bringing Western Culture to China; Jin Yang is a young gymnast away from home; and Yang Fuxi is a bowmaker whose craft is more of a traditional art than a practical trade. The most interesting vignette, however, focuses on the Laos, an older married couple that has been rice farmers all their life -- their childlike fascination with a new, modernized life is really quite interesting and hints at the class wars that have dominated communist China for so long.

Unfortunately, in what seems to be an anomaly for the series, none of these sequences really explore the deeper concepts that affect the lives of the subjects appearing on camera. Perhaps most surprisingly, while the filmmakers are clearly interested in China's rich history, they fail to connect the country's past to its present in any meaningful way. Discussion of class wars is largely avoided, conflicts between the traditional and the modern are glazed over, and there just aren't the kind of layered nuances I've come to expect from episodes in this series.

On a more surface-level, the narration for 'China Revealed' by film and television actor James Spader is equally disappointing. Considering that other entries have boasted the participation of a well-known native of the given country (such as Russell Crowe for Australia and Isabella Rossellini for Italy), Spader would seem a strange choice from the get-go. But even worse, his trademark flat delivery just doesn't work here. While I believe that he's genuinely interested in the material (and I'm a fan of his work as an actor), there's an inherent sarcastic tone to his voice that doesn't lend itself to the material.

Combined, these issues knocked this episode down several pegs for me compared to other episodes in the series. Don't get me wrong, 'China Revealed' still has its fair share of insights and some beautiful photography (more on that below), but when it comes to staying power, this one can't hold a candle to the excellent Australian and Brazilian episodes. 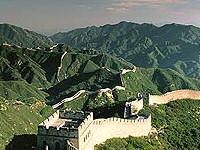 Presented in 1080i utilizing the AVC MPEG-4 codec, 'China Revealed' shows off a myriad of patterned fabrics, richly detailed fine objects, and intricately woven artwork. Skintones look very natural, and show off every pore and bit of stubble on people's faces. Colors are vibrant, contrast ranges are perfect, black levels are impressive, and even the dark corners of the low-lit Buddhist temples don't hide any details.

This series already looked good when it was aired in its original HD broadcast, but the higher bitrate here makes for even more crisp and clean image. Rice fields, tall grass, strands of hair, and clothing texture are all superb. Wide shots of the vast Chinese cities are sprinkled with thousands of discernible buildings, and sharply defined people walk the streets below when the camera shoots from the top of a skyscraper. The only hiccup I managed to catch came with the multitude of steps leading up to the aforementioned Buddhist temples, where I saw a slight shimmering flutter across the image when the camera adjusted slightly.

Likewise, I only saw one instance of artifacting when the camera quickly pans to follow a flying arrow. Other than that one glitch, the source is pristine without any color banding, pixilation, or crush issues.

In a direct compare, there's no discernible difference in picture quality between the Blu-ray and HD DVD versions -- both boast the same AVC MPEG-4 encode, and both are truly gorgeous. If you're looking for vibrant demo material that will bring your friends to a standstill, 'China Revealed' joins the other 'Discovery Atlas' episodes as a reference-level disc for high definition documentaries. 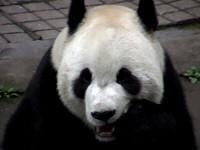 There's nothing spectacularly wrong with the Dolby Digital 5.1 surround mix (640 kbps) on this Blu-ray edition of 'China Revealed,' but like most documentaries, there's just not much oomph to this narration-heavy track.

Thankfully, the narration has a nice clarity and is well prioritized within the scope of the episode. I wish just there was more of a multi-channel presence, and a little bit more ambiance filling the speakers. As is, sound effects are muffled even in scenes without narration, and there are also a few instances of air noise during the vignettes where a reduced volume hampers the crisp voices. Make no mistake, the sound on this disc is passable, but it's nothing more than that.

Although we've been unable to get ahold of a standard-def edition of 'China Revealed' for comparison purposes, it appears that all of the supplements included on this disc are exclusive to the two high-def editions. So, jump on down to the section labeled "HD Bonus Content" for a full report. 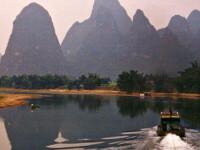 Lacking in both depth and intrigue, 'China Revealed' is easily my least favorite among the four episodes of the 'Discovery Atlas' series that have been released to high-def thus far.

Although the video quality on this Blu-ray disc is really quite exceptional, it's the only shining star in an otherwise lackluster release. Unless you're a completist, or have a special interest in China, I recommend picking up 'Australia Revealed' and/or 'Brazil Revealed' before diving into this this one -- you'll get the same great video, plus a superior overall package.

Sale Price 8.16
Buy Now
3rd Party 2.79
In Stock.
See what people are saying about this story or others
See Comments in Forum
Previous Next
Pre-Orders
Tomorrow's latest releases