John Hughes' third feature film, Weird Science, follows two nerdish high school friends who create the woman of their dreams from their home computer to help battle bullies and become popular. It was the only science-fiction film Hughes made and is still a cult classic. Arrow Video's new Blu-ray disc features a 1080p transfer sourced from a 4K resolution scan and comes with a DTS-HD MA 5.1 audio track. Extras are loaded with new interviews with cast and crew and much more. Highly Recommended! 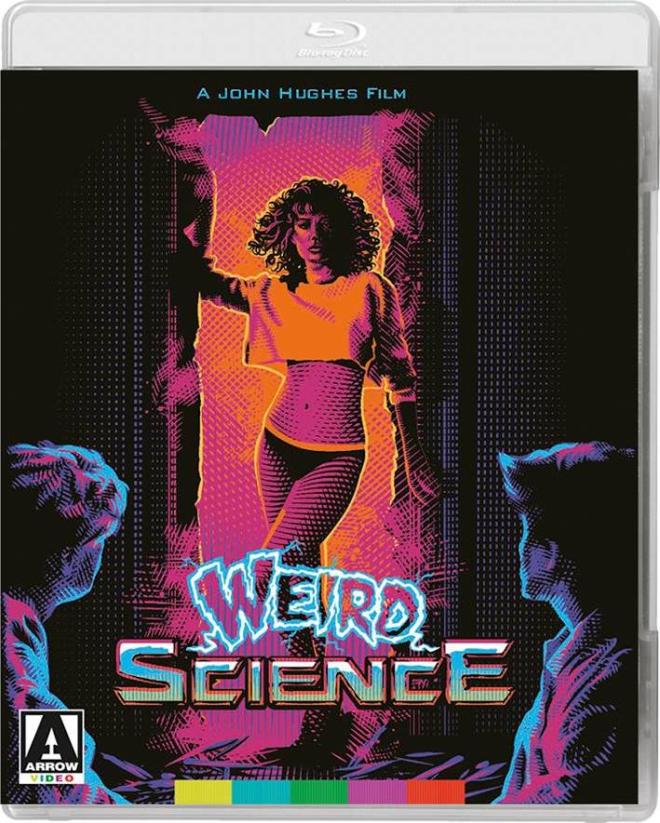 In the early 1980s, John Hughes walked onto the Hollywood scene with scripts for Mr. Mom and National Lampoon's Vacation. With the success of those two movies, he went on to direct the most prominent teenage films of all time with Sixteen Candles and The Breakfast Club, which were both a huge success. Hughes was on top of the world with these dramatic comedies that spoke to a younger generation and continue to do so thirty years later. The way Hughes was able to convey the emotions of these young characters in school with their friends and romances was uncanny and still hasn't been replicated today. This makes it all the more strange and odd that Hughes' third feature film was an out-of-this-world science-fiction yarn about a couple of nerdy high school students who create a supermodel out of nowhere with their desktop computer. It proved to the world that John Hughes could tackle any genre while keeping a message with a more vulgar type of humor.

Two geeky teenage friends by the name of Gary (Anthony Michael Hall) and Wyatt (Ilan Mitchell-Smith) are picked on by all the bullies in school, including Max (Robert Rusler) and Ian (Robert Downey Jr.). Even at home, they are picked on by Wyatt's older brother, Chet (Bill Paxton), who tortures them whenever he gets a chance. Both Gary and Wyatt only want to be cool and finally talk to a woman who doesn't ignore them. That's when they have the idea to create their own with magazine pictures, women's clothes and a Barbie doll, as they program their computer to make a woman out of thin air that they name Lisa (Kelly LeBrock). This beautiful lady makes them popular, attracts other girls to befriend the former geeks, and even takes care of their bully problem.

It's a deranged, yet goofy film that still manages to keep its heart. The relationship between these two friends and Lisa teaches some good lessons, but on the other hand, you can see the silliness to it all, which is a joy to watch. There are a ton of horny teenager jokes throughout and some fairly steamy sequences that, if made today, would have garnered the film a stronger MPAA rating. It's all in good fun though as each actor is having a great time on screen. Even John Hughes seems to be fully exploring the world of horror and science fiction. The ideas created in the film were original for the time and have that perfect blend of comedy, romance, and science fiction.

While Anthony Michael Hall and Ilan Mitchell-Smith play flawless nerds who desire to be the bad boys for a day, the spotlight is of course on Kelly LeBrock as the quintessential gorgeous leading lady that everybody wants to be around. Her delivery and body language are infectious in every scenario. On the other hand, Bill Paxton as Chet is spot on and one of the most underrated performances in cinema. His penchant for pork, cigarettes, guns, and crew cuts is laugh-out-loud funny and is the physical embodiment of an arch-nemesis to a superhero. He goes for gold here and is still wonderful to watch.

Weird Science continues to be the bizarre anomaly in John Hughes' film repertoire but is mostly an overlooked movie by his fans. While keeping a similar tone to his other teenage films, this eccentric and lovable flick manages to do something different and create a magical world that seems plausible for us introverted computer geeks.

Arrow Video creates a new Collector's Edition of Weird Science for Blu-ray. The disc is housed in a clear plastic case with a cardboard sleeve featuring new artwork of the iconic Kelly LeBrock. The plastic case artwork is reversible with original theatrical artwork as well. Inside, you'll find an Arrow booklet featuring essays about the film, cast and crew information, and technical specs. Three different versions of the movie are included on this release. One is the Theatrical Cut, another is the Edited for TV Version, which is about six seconds longer, and then finally the Extended Cut, which is about 2.5 minutes longer. All editions are accessible from the Main Menu. 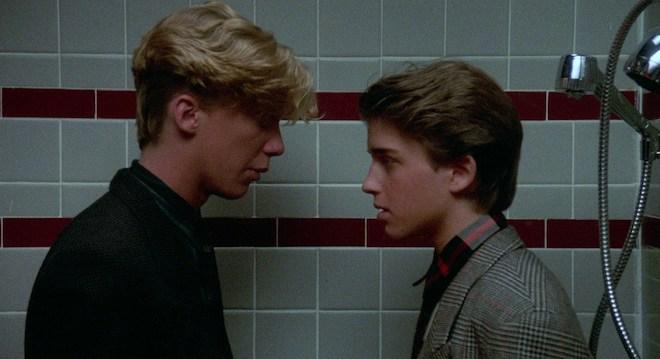 Weird Science has been released on home video numerous times, all with different encodes and transfers. This Arrow Video release seems to be the ultimate edition thus far. According to the booklet, the film was exclusively restored in its original aspect ratio of 1.85:1 and was scanned in 4K resolution from the original 35mm camera negative.

This being the case, Weird Science looks better than ever, despite a couple of minor hiccups. In previous releases, the image had an unsavory look where unrestrained filtering gave way to a murky picture. Nothing seemed organic with the heavily processed color palette and a flat image. With this new edition, these features are remarkably improved upon. The one big noticeable difference is the film grain. The new 4K scan handles it quite well, giving that nostalgic filmic appearance. However, the film grain can cluster and grow heavier at times. Colors are stronger and lurid, especially during the bar scene where neon lights and outfits stand out nicely. The interiors of the house are more natural with earthy tones of rich browns and greens. The brightness of the image has an uptick and I noticed a more nuanced color scheme in darker sequences. Black levels are impactful and inky as well without crush. Skin tones are more realistic and are never overly saturated.

The detail is upgraded with an extra vividness that showcases better facial features, such as beads of sweat, makeup effects, freckles, acne, and more. The Chet monster looks excellent with individual hairs, warts, and slime coming across the screen easily. You can see the rubbery textures perfectly now. There was some minor speckling towards the beginning of the film, but it seems to correct itself quickly. Other than that, this new presentation is satisfying. 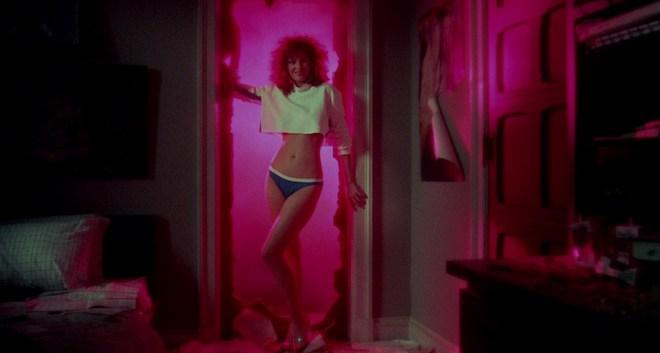 Arrow Video delivers a DTS-HD MA 5.1 audio track or a 2.0 option on the Theatrical edition. On the extended cut, there is only a DTS-HD 2.0 mix. Both tracks sound improved and great, but the 5.1 provides a deeper and more immersive experience. Right off the bat, the famous Oingo Boingo song "Weird Science" sounds marvelous in 5.1. All of the instruments and voices are well-balanced and can be heard throughout the speakers. You can feel the bass move through your bones with those low-end notes.

Other sound effects are robust and loud, particularly with the creation of Lisa. All of the computer sounds and other sci-fi effects have a hefty presence too with some fantastic directionality. The 1980's score dispenses all the necessary musical cues to further the comical and more thrilling moments. Dialogue is clear and easy to follow, even in the party and bar scenes. There is a wide dynamic range and the LFE is excellent with no audio issues. 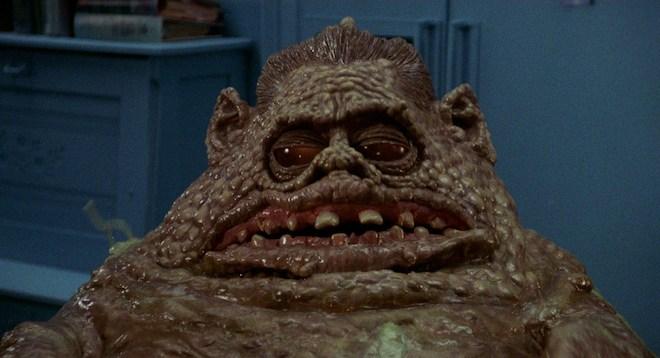 In addition to the three different versions of the movie, there are more than 106 minutes of bonus features, including brand new interviews with cast and crew, along with some vintage behind the scenes. 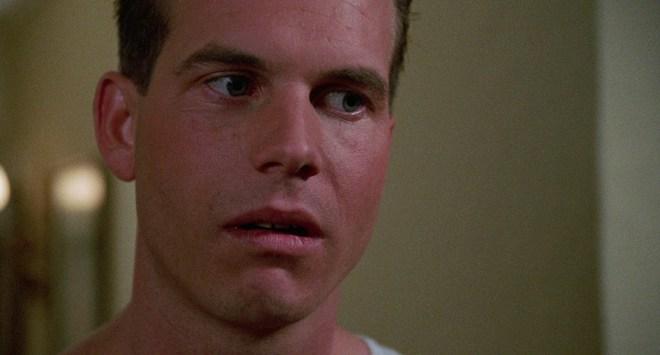 Revisiting Weird Science is a blast from the past and it still holds up in some wacky way three decades later. It was out-of-the-norm for John Hughes and he never made another movie quite like it or even in the genre, which is sad. I feel he could've nailed the sci-fi genre again. Arrow Video's new transfer gives the film a new life, while the 5.1 audio track sounds refreshing. There is a wealth of new bonus features as well, all of which are informative and worth watching. Highly Recommended!

Sale Price 26.99
List Price 39.95
Buy Now
3rd Party 28.26
In Stock.
See what people are saying about this story or others
See Comments in Forum
Previous Next
Pre-Orders
Tomorrow's latest releases