Mighty Morphin Power Rangers: The Movie takes the TV superheroes and puts them on the big screen for the first time. For most of the film, the Rangers have lost their powers and are on a different planet trying to get them back and stop a big bad new bad guy on Earth. It's business as usual in this mid-1990's film, which has every single fad and popular aspect of this time period rolled into one movie. Being the first time released on Blu-ray, Shout! Factory has given it the royal treatment with a great new 1080p HD transfer, a DTS-HD MA 5.1 audio mix and an all-new 45 minute documentary about the making of the film. For Fans Only! 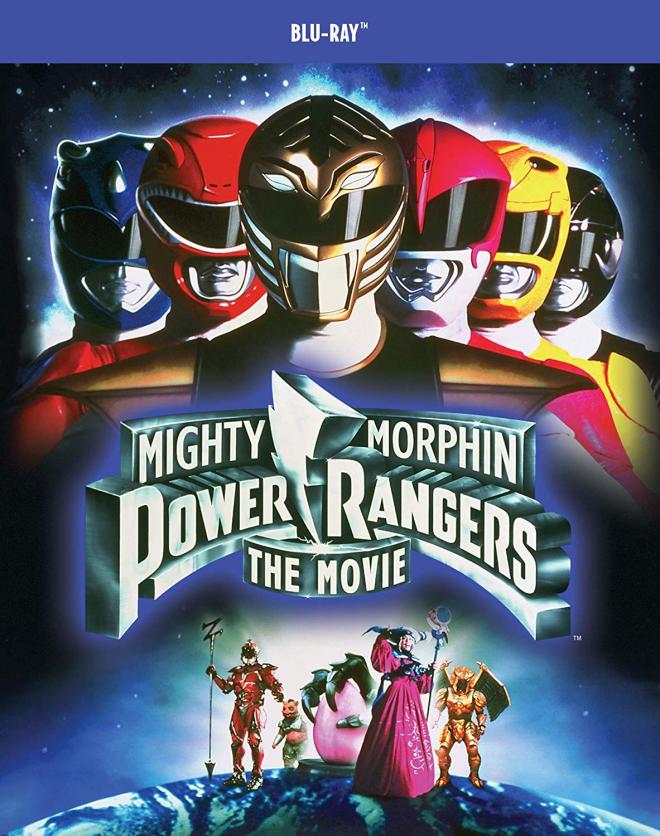 In 1993, a Mighty Morphin Power Rangers TV series took the young world by storm, following half a dozen teenagers who were chosen by an interplanetary being to protect Earth from otherworldly villains. The result overflowed with campiness, pop music, and laugh-out-loud fight scenes, catching on with the young and pre-teen crowd in a very big way. Dressing up as Power Rangers. Asking parents to buy them every single action figure. You couldn't escape the Might Morphin Mania.

Mighty Morphin Power Rangers: The Movie was released in the summer of 1995 in the wake of Batman Forever and alongside Apollo 13 and Judge Dredd. The Power Rangers never stood a chance, although the film did make its money back over time. The film is plagued with bad dialogue, poor action sequences, and shoddy visual effects despite the higher budget. With a jumbled story and uninteresting characters, action sequences and silly, villainous moments flow with zero rhyme and reason.

The film opens with a skydiving sequence to introduce all Power Rangers and their sub-par personalities. Meanwhile, at a construction site, a giant purple egg hatches a villain named Ivan Ooze who sets out to destroy life on Earth and, more importantly, the interplanetary being named Zordon who gave the Power Rangers their power. Of course, this happens and the Rangers are now powerless and are told to head to another planet in order to find themselves, their power, and the essence to restore Zordon. Meanwhile back on Earth, Ivan Ooze conjures up a plan to have all kids bring their parents a substance that would turn them into mindless zombies in hopes of causing a mass suicide.

For me, none of it makes any sense and the story, characters, or action sequences feel very basic and surface. In my opinion, the recent remake righted a lot of the wrongs of this movie. That said, if you're a fan of the property and grew up with this series, you might be able to connect with this with a little help from your friend, nostalgia.

Shout! Factory releases Mighty Morphin Power Rangers: The Movie as part of a one-disc Blu-ray package. There is no insert for a digital download. The disc is housed in a hard, blue plastic case with a cardboard sleeve. 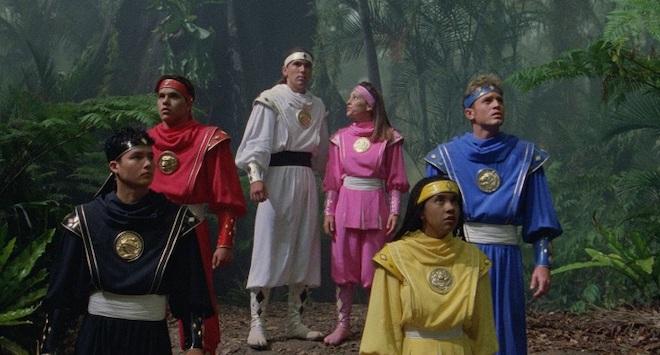 For an action film, it doesn't get much more colorful than this and, with 25 years under its belt, the film still looks great. The Rangers' blue, green, red, pink, and blue costumes all look incredible in different shades of light. Background sets showcase some excellent neon lighting as well. Villains showcase eye-popping greens and purples, clearly distinguishing various shades along the way.

Detail is sharp and vivid throughout as well. You can make out the latex makeup effects, wounds, wrinkles, and fine-stitching textures in the wardrobe. Black levels are deep and inky, while skin tones are natural. There is a very nice layer of grain that never really fluctuates, even in the lower lit sequences. Lastly, while there were no instances of aliasing or banding, a tiny bit of dirt and debris appears on the print, scattered throughout. 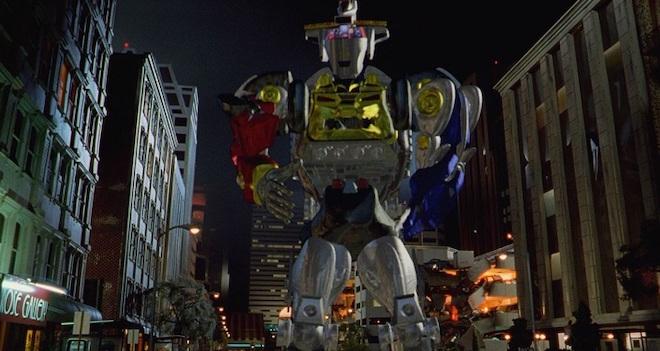 Shout! provides Power Rangers listeners with two lossless audio mixes, a DTS-HD MA 5.1 option and a DTS-HD MA 2.0 Stereo mix. The 5.1 option is the way to go, because it brings in a bit better dynamic range and fuller sound. You'll get a sense of the audio track from the first scene, where the Rangers are skydiving together and you hear the different surrounds give off the air and fly-by sound effects smoothly. Other fight scenes, along with a rollerblading scene, all sound good with the appropriate directionality and low-end bass.

That being said, the big fight sequences don't have a powerful kick to them, lacking a certain oomph you would hear in modern-day mixes. The score and pop music all goes well with this type of film and never drown out any other audio aspect. The dialogue is clean and clear, and free of any pops, cracks, hiss, and shrills. 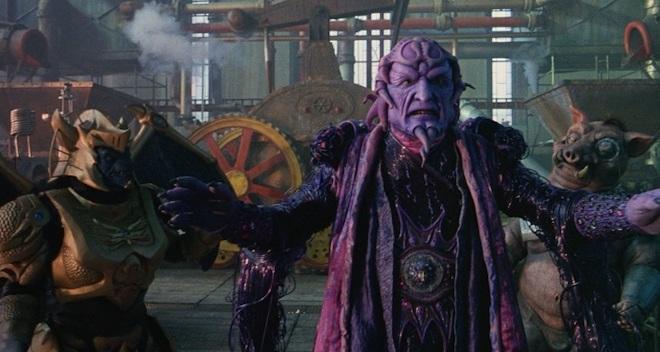 There are only three bonus features here, but they are excellent if you love the film, which includes an all-new 45-minute documentary on the making of the film.

Mighty Morphin Power Rangers: The Movie feels like a roundup of every mid-1990s fad in one movie. But, despite a larger budget showcasing excellent makeup, costumes, and production design, the story and characters don't hold up, even when comparing this movie to its more recent big screen adaptation. However, the Blu-ray boasts an incredible new 1080p HD transfer, a great DTS-HD 5.1 audio mix, as well as an excellent new bonus feature. For Fans Only!