Oliver Stone is up to his old incendiary tricks with his biopic of the 20th century's most infamous American president in Nixon. Anthony Hopkins stars as the titular 37th President of the United States, in what easily could have been a hatchet job to vilify the controversial figure but instead plays out more like a Shakespearian fall from grace. Previously released on Blu by Disney in 2008, Kino Lorber Studio Classics completes the experience in a three-disc set that includes both the 191-minute Theatrical Cut as well as the 212-minute Director's Cut. Both discs feature fantastic A/V presentations as well as a new commentary track and an impressive collection of archival bonus features. If you're a fan - this is well worth upgrading for Highly Recommended.

"Mister President, I fear we are drifting towards oblivion here."

A web of his own making has trapped Richard Milhous Nixon (Anthony Hopkins) in the White House. For every victory of ending the war in Vietnam or opening diplomatic relations in China, the press refuses to stop asking questions about the Watergate break-ins and the seemingly unending leaks published in the Washington Post. As his presidency falls towards certain doom, Richard Nixon manages to distance alienate his closest friends and confidants H.R. Halderman (James Woods), John Ehrlichman (J.T. Walsh), Henry Kissinger (an incredible turn from Paul Sorvino), as well as his wife Pat (Joan Allen). 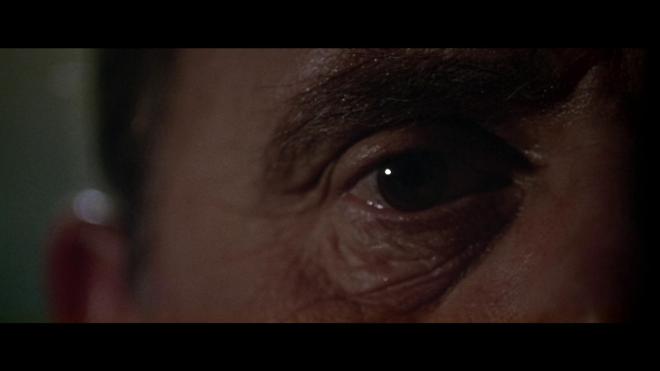 In full honesty, there's not a whole lot more I can add to Josh's amazing coverage beyond echoing his sentiments. When you hear the name Oliver Stone, you naturally come to think of a filmmaker whose career has been defined by conspiracy theories and shocking political commentary. One thing is for sure, the man is fearless when he's behind the camera. If there's an issue to be had with Nixon it is the poor timing of its original release. After years of rehabilitating his image and becoming a respected elder statesman - often consulting sitting presidents - Richard Nixon had been dead little more than a year when this film hit theaters. Nixon was pummeled hard as an unfair hatchet job and ultimately flopped.

However, time has been kind to this film. I feel that had it been released a couple of years later it wouldn't have been knocked by such harsh criticisms. Considering the film's central figure, Stone is actually amazingly respectful of the 20th century's most notorious American President. While the focus is firmly on Nixon's numerous faults, they're analyzed through the lens of a man's fall from grace. Like a modernized Coriolanus, Nixon is seen as not being able to manage his rise to absolute power as those he aligned with have ulterior motives and ambitions of their own. For every passage of important legislature such as the Environmental Protection Act, there are the bombings of Cambodia. Where he believes the world is out to get him, Nixon may actually be his own worst enemy in the White House. 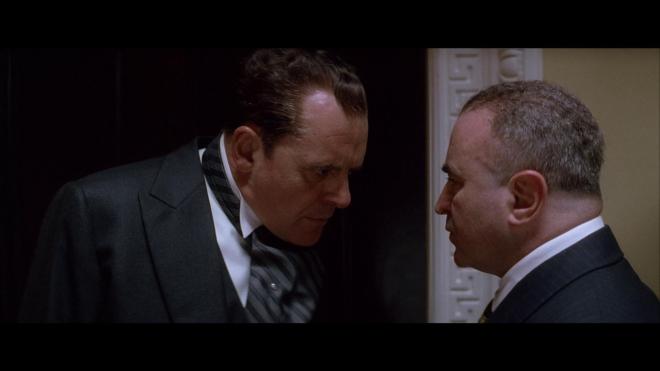 This is an Oliver Stone film after all and it wouldn't be one of his films without a little conspiracy theory controversy. As the film jumps all around time, it keeps coming back to Nixon's out of context references to Dallas and the Bay of Pigs. What does that actually mean is anyone's guess, but Stone slips it into the realm that Nixon may have been tipped off to some degree of the assassination of President John F. Kennedy mere days before his fateful trip to Dallas on November 22nd, 1963. Is Nixon remorseful because he possibly could have stopped it? Or is he paranoid that it could happen to him at any moment? Both? If there's a valid criticism to be made of Nixon it's this odd sidestep into Conspiracy Theory Wonderland that lends itself to the paranoia aspect of the character but not historical accuracy.

It had been a long time since I last took a look at this movie. I also hadn't seen the Theatrical Cut in some time so it was interesting to see how much leaner it was. Outside of some deleted sequences and a few scene-extensions, there really isn't too much difference between the two cuts. They're both the same animal, the Director's Cut just happens to be a bigger beast and ultimately the more fulfilling. I once heard a rumor that Stone was sitting on over an hour of additional footage that he'd use to create a two-part 4-hour cut, but that was a long time ago and, obviously, that version has yet to manifest itself. Regardless which cut you see, Nixon is a hell of a film and arguably one of Oliver Stone's best efforts.

Nixon mounts a comeback on Blu-ray courtesy of Kino Lorber and their Studio Classics label. The Theatrical Cut and the Director's Cut both get their own Region A BD-50 disc while a BD-25 disc takes care of all the archival bonus features from the previous DVD and 2008 Blu-ray releases. Both Theatrical and Director's Cut discs load to a static image main menu with traditional navigation options with unique bonus features. 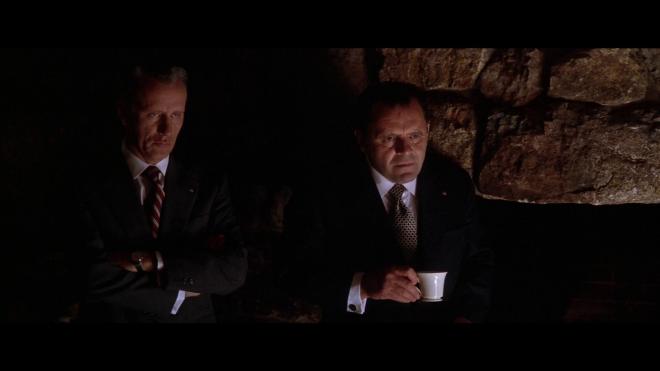 When 2008's "Electoral Edition" of Nixon dropped on Blu-ray, I had literally just bought the Director's Cut DVD and didn't feel the need to upgrade, so I don't have that as a reference point for the Director's Cut 1080p 2.35:1 transfer. Without any indication of any remastering or restoration efforts, I'm left to assume that Kino reused the same transfer that Disney used 11 years ago - which isn't altogether a bad thing. There is a fantastic amount of image detail for this cobbled together presentation. Signature to Oliver Stone's creative sensibilities in the 90s, a wide variety of film stocks, cameras, and new lighting techniques were employed to give this film its unique look.

One moment a shot will look like a brand spanking new feature film, the next it'll look like it was shot on an 8mm home movie with bad lighting. One second it looks like we're watching a piece of black and white propaganda filmmaking and the next it'll look like a recreated television broadcast all within the same scene. This purposeful styling is constant through the film making it difficult to judge on consistency. When there's film grain it looks heavy or lean as it's designed to for any given sequence. Same for the details and the coloring. It's literally on a shot by shot basis. For me, this is one hell of a beautiful transfer and easily puts my old DVD to rest. 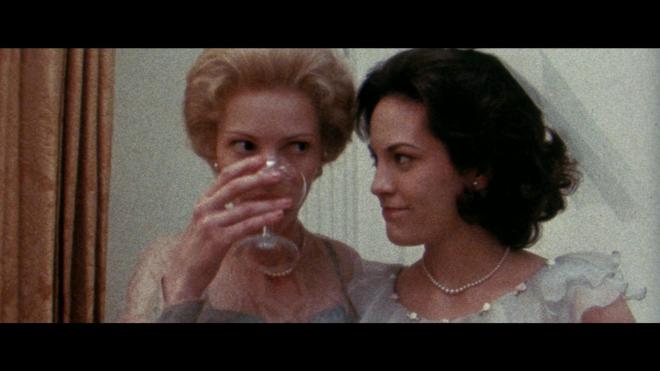 This also happens to be the first time the original Theatrical Cut finds its way to 1080p Blu-ray. I don't believe the two cuts were sourced from the same elements. While they are both strikingly similar, there seems to be a tad bit more speckling on the Theatrical Cut than anything I saw on the Director's Cut - at least for scenes where it isn't obviously intentional. This isn't heavy or distracting thankfully. Otherwise, sharpness, detail, grain structure, coloring, black levels - subject to the unique filming conditions - are comparable between the two versions. 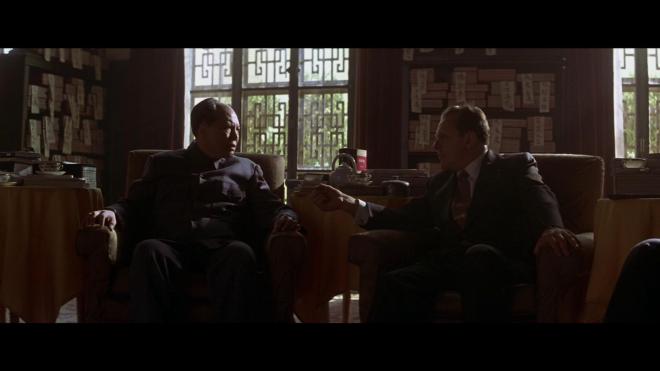 Nixon double ups the audio with terrific DTS-HD MA 5.1 and DTS-HD MA 2.0 audio mixes for both cuts of the film. I prefer the surreal and engaging experience of the 5.1 audio tracks over the 2.0 track. The 2.0 stereo mixes are great on their own, but the 5.1 adds so much extra weight and emotion to some sequences. Dialogue is crystal clear throughout without any issues - that aren't intentional. Again Stone employed some audio techniques to make some side-standing characters whispering to one another creepy in some of the conspiracy theory themes. Sometimes it's blatant, other times it's pretty subtle, but with the 5.1 mix set at a nice listening level, those elements came through nicely. John Williams delivers one of my favorite scores and his music sounds fantastic, often lending an extra ounce of LFE when things get dark and creepy for the besieged president. The 1968 Miami Convention speech sequence is auditory perfection as it blends crowd sounds, Hopkin's impassioned performance, and William's bombastic ominous score. When the film is quiet and focused, side and rear channels are used to highlight various paranoia elements as Nixon obsesses over his tapes. 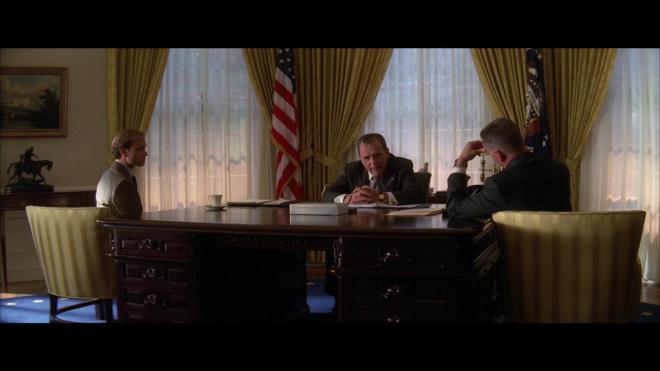 Keeping up with their standard for higher-profile releases, Kino Lorber has done a nice job of grabbing up as much of the archival bonus features that they could while also including a brand new audio commentary with Film Historian Jim Hemphill. Each disc has at least one bonus feature. The Director's Cut gets two terrific Stone audio commentaries - there may be some quiet bits but the man offers a wealth of information about the production. The Special Features disc includes everything (or at least most) that had been released on the 2003 DVD and the 2008 Blu-Ray. The main highlight is the hour of deleted scenes - some of which were worked into the Director's Cut, but others were left out for what I could only imagine as trimming an already long running time. Sadly they're in SD only. 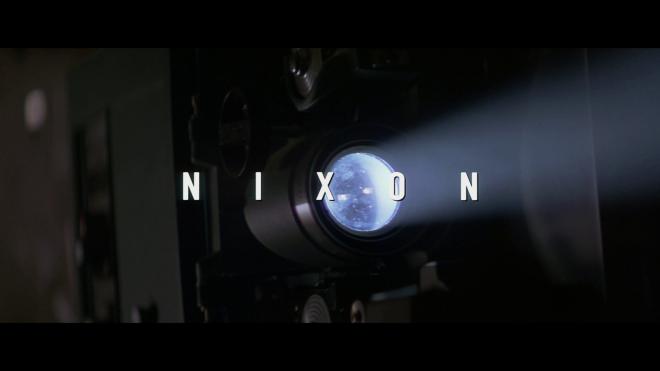 Nixon may not have been a box office smash, but like its titular character, it's a complex film that has built a better reputation after release. What easily could have been a true bloodletting hatchet job, Oliver Stone cast Richard Nixon as a tragic character undone by his own flaws. Hopkins delivers one of his fiercest performances, delving deep into the part and coming up with a truly multi-dimensional character. It's a hell of a film and, if you avoided because of its release reputation, it's long past time to give it a watch.

Kino Lorber Studio Classics reelects Nixon onto Blu-ray in a terrific three-disc release featuring the already available Director's Cut and, for the first time on Blu-ray, the Theatrical Cut. Complete with most of the archival bonus features from previous releases as well as a new worthwhile audio commentary. Of Stone's 90's films, this one is my favorite and it's great to see it get such amazing treatment on Blu-ray with great A/V presentations for both cuts. If you're a fan, this is Highly Recommended.

Sale Price 23.18
List Price 39.95
Buy Now
3rd Party 22.5
In Stock.
See what people are saying about this story or others
See Comments in Forum
Previous Next
Pre-Orders
Tomorrow's latest releases