How to Train Your Dragon: The Hidden World

When a machiavellian dragon hunter sets out to kill and capture the dragons of Berk, it's up to Hiccup, Toothless, and their friends to find a new home and save the day. How to Train Your Dragon: The Hidden World makes for a stunning Blu-ray experience, boasting a perfect HD video transfer, an excellent Dolby Atmos soundtrack, and plenty of bonus features. Recommended for animation and Atmos enthusiasts who are not planning to buy a 4K TV. 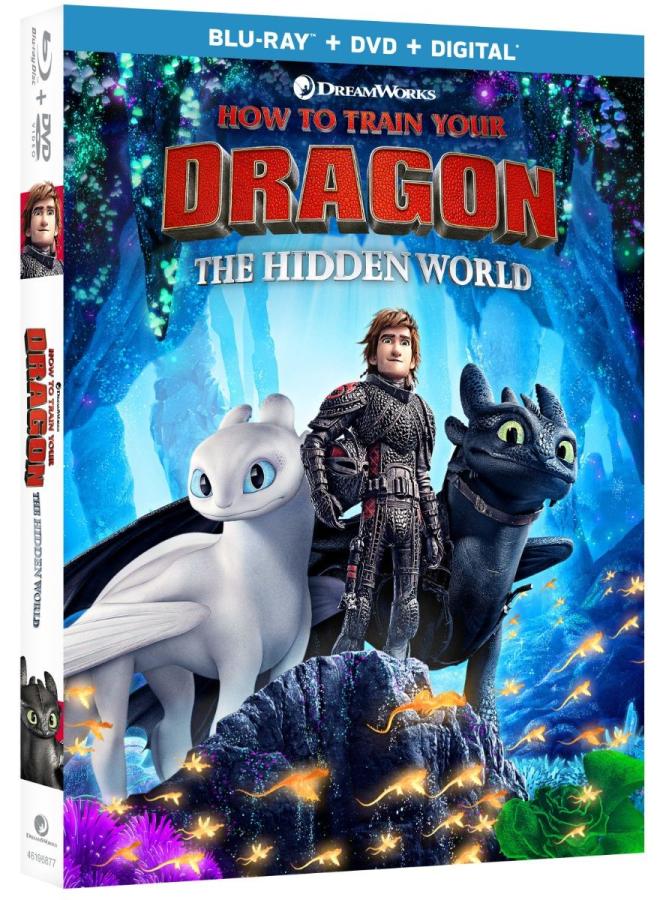 For our full thoughts on How to Train Your Dragon: The Hidden World, please click HERE to read our 4K Ultra HD Blu-ray review.

The quick version is this: the original How to Train Your Dragon is one of my favorite animated movies of all time, and its sequels are quite good as well. I'm not sure if The Hidden World succeeds in dramatizing Hiccup's internal struggles as well as it did in the first two movies, but the film blends arresting visuals and engaging action sequences with character comedy and an emotional climax, wrapping up the trilogy in a fitting and honest way.

How to Train Your Dragon: The Hidden World discovers Blu-ray as part of a Blu-ray + DVD + Digital combo pack housed in a standard blue case. The included digital copy unlocks HD streaming rights via Movies Anywhere.

How to Train Your Dragon 3 rescues its friends on Blu-ray with a perfect AVC-MPEG4 1080p video transfer framed with a 2.35:1 aspect ratio.

Computer animation has always been go-to Blu-ray demo material, and The Hidden World continues this trend. As far as HD movies go, this is among the clearest, most detailed, and colorful SDR discs I've ever seen. Even the hardest things to render -- mists and gradient-heavy evening skies -- show zero signs of banding or other types of encoding errors. Look closely at the busiest scenes -- with hundreds of human and dragons fighting -- and there's no problem with macroblocking. Black levels are strong too, which is especially important when your lead dragon character features black scales. And the sequence set in the titular Hidden World itself is memorizing for its bold and vivid coloring. If you're rocking an HD TV or projector, you'll love this movie for its eye-candy alone.

However, if you own a 4K set, or are thinking of upgrading, I'd suggest picking up that copy, which takes everything that works well here and improves it.

How to Train Your Dragon: The Hidden World swoops onto Blu-ray with the same killer Dolby Atmos mix as the 4K Ultra HD Blu-ray. For our full thoughts, check out that review HERE. The quick version is this: while its overhead articulation is not as active as the best Dolby Atmos mixes, this soundtrack offers clear dialogue, robust bass, precise sound effects, and an enveloping score. 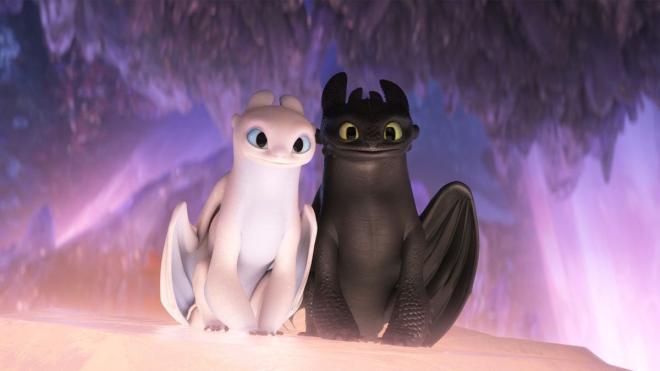 The Hidden World ends the How to Train Your Dragon trilogy with lots of action, emotion, and stunning imagery. While I wish the film spent a little more time with the characters, this is another fitting sequel that's great for a family movie night. As a Blu-ray, it boasts a perfect HD video presentation, a robust Dolby Atmos mix, and an extensive collection of bonus features.

Recommended to anyone not planning on a 4K TV upgrade. If you are thinking about going 4K, pay the $5 extra to get that version.

Sale Price 9.71
List Price 19.98
Buy Now
3rd Party 2.27
In Stock.
See what people are saying about this story or others
See Comments in Forum
Previous Next
Pre-Orders
Tomorrow's latest releases