Spider-Man: Into the Spider-Verse

Considering 2002's Spider-Man proved that Comic Book movies could be reliable massive box office juggernauts, it's only fitting that it would be a Spider-Man movie to truly capture the essence of comic books and bring them to colorful vivid life. Spider-Man: Into The Spider-Verse isn't only a great animated adventure featuring everyone's favorite wall-crawler, it also manages to capture decades of the character's history and numerous iterations and wraps them all into one gloriously entertaining film. Sony Pictures delivers a first-rate, bright and colorful 1080p presentation with stellar picture quality and a solid audio mix to match. On top of that, the bonus features collection is fantastic giving fans several hours of great material! Highly Recommended

Spins some webs, and fights crime look out! It's Spider-Man: Into the Spider-Verse on Blu-ray! One of the best comic book movies ever made comes home to 1080p after lots of love from fans and a well-deserved Oscar win! Check out our 4K Ultra HD Blu-ray writeup for a full review of this latest Spider-flick! 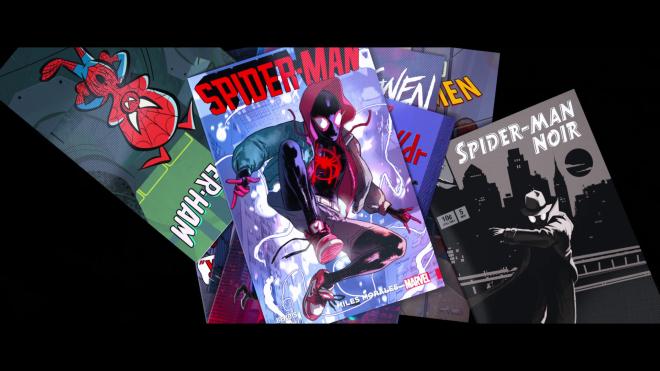 Sony Pictures delivers Spider-Man: Into the Spider-Verse in a two-disc Blu-ray + DVD + Digital set, housed in a standard sturdy snapper Blu-ray case with identical slipcover artwork. The disc loads to trailers before arriving at an animated main menu with traditional navigation options. 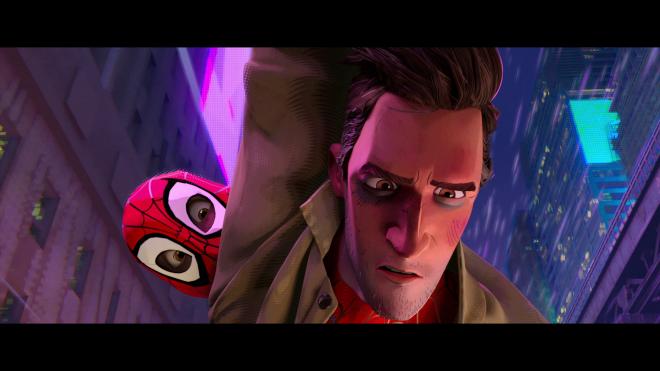 Spider-Man: Into the Spider-Verse swings onto Blu-ray with a pleasing 2.39:1 1080p transfer that, for the most part, sticks the landing. Heading into this section of the review I previously saw this film theatrically in 3D and then again on 4K UHD Blu-ray with HDR10. I mention that because I have to admit that without HDR or the added benefit of 3D, the 1080p does feel like a notable step down. That isn't to say that this isn't a very good presentation - it's often amazing - I just can't shake knowing that there are two better viewing options available.

With that out of the way, if you didn't catch the 3D or it's not your thing and you're not a 4K adopter, you shouldn't be disappointed in the least with this transfer. Lines are clean and clear giving the image a nice sense of dimension. Colors have a wonderfully vivid pop to them and their contrasting effects along with the simulated 4-color spotting effect of older comics gives the image a nice sense of depth at all times. Black levels are rich and deeply inky and whites come out looking very crisp.

I hope to have the German 3D-Blu-ray import in my possession very soon and I'll be giving you my thoughts on that experience ASAP. For now, if you're 4K ready - the 4K UHD Blu-ray of Spider-Man: Into the Spider-Verse by far offers the best value for your buck, but if you haven't upgraded or don't intend to, this standard Blu-ray should still put a bright colorful smile on your face! 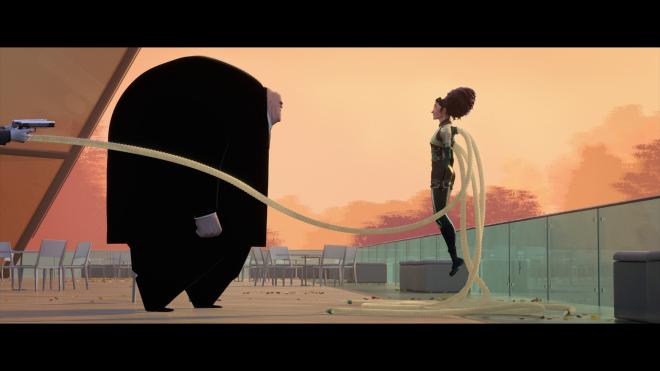 The only real negative I have to say about this Blu-ray presentation is that for some odd reason the damn impressive Dolby Atmos audio mix wasn't included. Instead, 1080p fans have to make do with a decent but not nearly as impactful DTS-HD MA 5.1 track. Don't worry too much though, the dialogue is crystal clear, the music still bumps, and there is plenty of surround activity to keep all of those channels engaged even during the quietest of moments. The big finale doesn't disappoint! There's still plenty of LFE and atmospheric spacing to make this a well-rounded mix. The problem is it doesn't enjoy the benefit of the extra vertical spacing offered by the Atmos mix and that is a really impressive effect. Action sequences are still impressive but after listening to the great Atmos track, you do notice its absence. 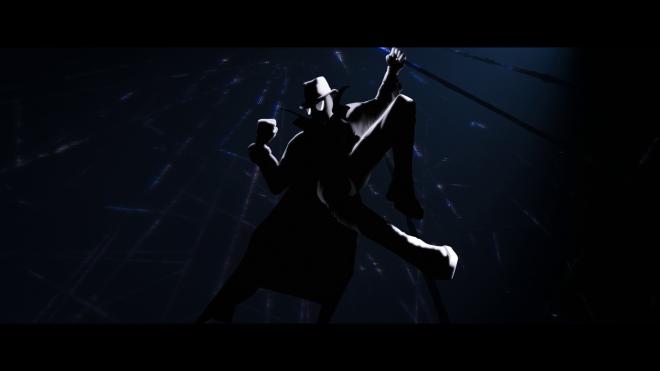 Take a look at our 4K UHD Blu-ray review for a breakdown of the bonus features; there's also a full list over on the side of this page. 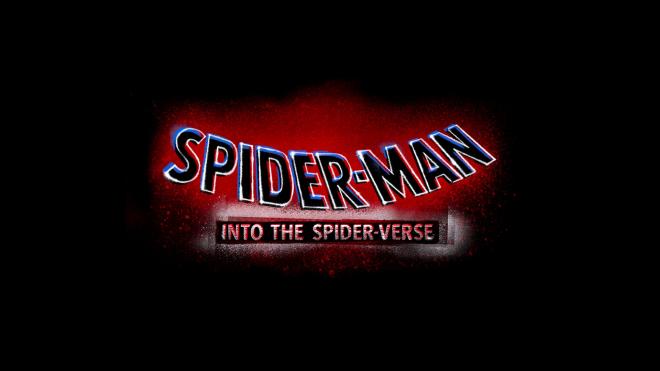 Spider-Man: Into the Spider-Verse was quite the surprise. Sony and Marvel were finally playing together with the MCU relaunch and things were going great. Why make an animated movie at all? Well, we now have proof that you can't get too much of a good thing. Spider-Verse is a true new Animation classic ranking with the best of the best. On top of that, it's also one of the best comic book movies ever brought to the screen. I loved it in the theater and I loved watching it again and I'm sure I'll love it when my import 3D Blu-ray arrives! Sony Delivers a solid 1080p Blu-ray release with a great image transfer, a reliable DTS-HD MA 5.1 audio mix, and a great assortment of worthwhile bonus features. Get stuck on this web-slinger - Highly Recommended.

Sale Price 12.49
List Price 25.99
Buy Now
3rd Party 3.47
In Stock.
See what people are saying about this story or others
See Comments in Forum
Previous Next
Pre-Orders
Tomorrow's latest releases