The Greasy Strangler is a wonderful and funny film that is so bizarre and gross that you won't believe it even after you watch it. Focusing on a father and son who live together, the two fall in love with the same woman while there seems to be a serial killer covered in grease out on the prowl. This new release features the same 1080p HD transfer and Dolby Digital 5.1 audio mix as the prior release along with a ton of interviews with the cast and crew, and an audio commentary to round out the bonus features. Highly Recommended! 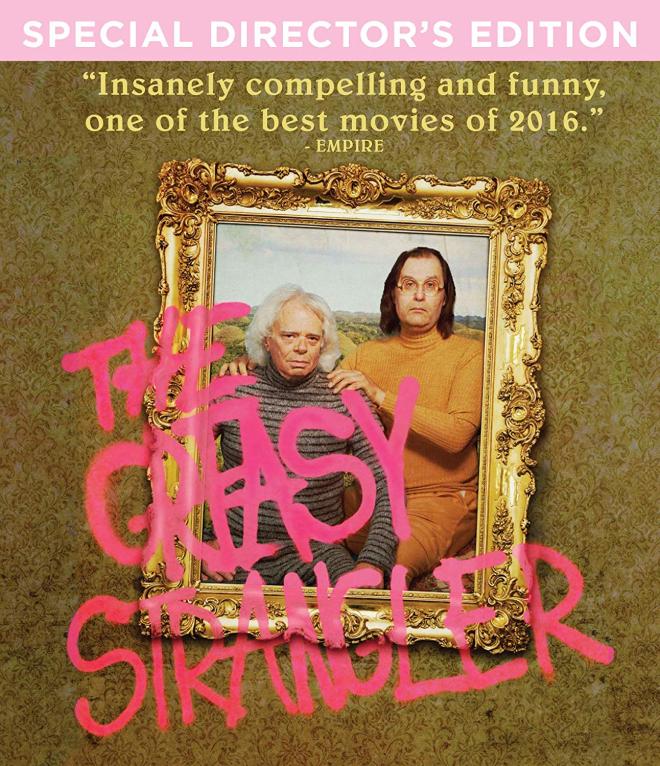 In a movie so weird that it has to be seen to be believed, The Greasy Strangler is one of those movies that comes along once in a blue moon. Director Jim Hosking sure has a knack for dry comedy, gross-out gags, and oddball family gatherings as is evident in this film from start to finish.

This is perhaps the strangest, craziest, and most messed up films I’ve seen in a long time, and that’s coming from someone who watches Salo: 120 Days of Sodom and Visitor Q on a regular basis. In the first five minutes of the film, I knew I had fallen in love with something new that I would cherish and show unsuspecting friends for years to come. This movie is deranged and insane but has a very innocent quality to it, which mixes well on screen. There is nothing now nor will there ever been anything quite like The Greasy Strangler. This ranks up there with the best of John Waters’s movies.

At first glance at the title or even the trailer, you'd think you're in for a slasher film of sorts, but that's not really the case. There's so much more to it than that. The film follows a father and older son Ronnie (Michael St. Michaels) and Brayden (Sky Elobar), basically living in squalor together as they make little money taking eccentric tourists on "fake" tours around their town where big names in Disco used to hang out. Other than that, the father/son duo spend their time almost naked in their own house, belittling one another and accusing the other of being a "bullshit artist".

Brayden falls in love with a tourist by the name of Janet (Elizabeth De Razzo). Little does he know that she is a seductress, wanting not just him, but his father as well, which she ultimately falls for instead. Living under the same roof, Brayden is severely upset and wants to challenge his father on this issue, but is somewhat frightened to do so as a serial killer drenched in grease has been killing people in the neighborhood who resembles his own father.

In what seems like a cut and paste slasher story turns out to be a strange and incestuous love triangle between three nasty people. Both Brayden and Ronnie want to be loved by someone where Janet is mostly playing the men to her advantage. What's so innocent here is the love between the father and son as ultimately their family and loyalty will hold strong as both the love interest and serial killer alias keep on ticking to great comedic effect, including being dipped in grease and washing it off at a carwash owned by a blind man.

Hosking also has a proclivity for grossing people out as he uses sounds of slurping and enhances the volume when Ronnie eats food dipped in wet, hot grease, or when we see his rather large member multiple times flapping around on his own body. It's a mental picture that is disgusting, yet you can't look away and laugh at. The dialogue is repetitive, but also poetic to a comedic effect as are the performances, which are nuanced and quite perfect for this film. The Greasy Strangler deserves its own category and will be remembered for many years to come.

The Greasy Strangler comes with a 50GB Blu-ray Disc and that's about it. There is no DVD copy nor is there a digital download code or insert. The disc is housed in a hard, blue, plastic case. There is no cardboard sleeve. 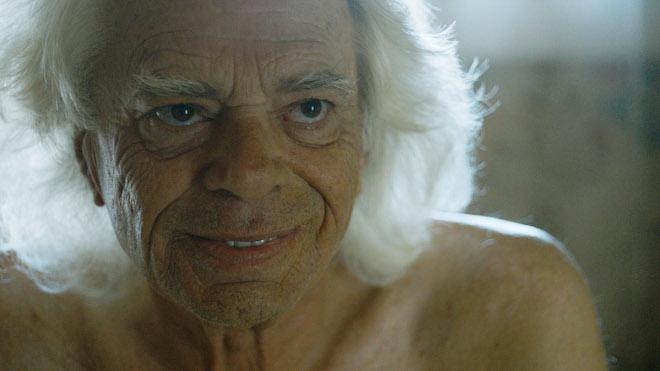 The Greasy Strangler comes with a 1080p HD transfer and is presented in a 1.85:1 aspect ratio. The film was shot digitally so the detail is quite vivid and sharp, even when you don't want it to be. This looks to be the same encode from the previous release, which is just fine, although one might want a 4K UHD with Dolby Vision of this film someday. To a wonderfully disgusting degree, the detail will show all of the nasty imperfections in the greasy suit, which is basically just an entire body suit made to look like it's covered in sloppy grease.

Not only that, The Greasy Strangler himself is naked, which you will see in detail several times. Other details in the odd, period clothing, bodily fluids, wrinkles, individual facial hairs all show up nicely on screen. There is even some great detail during night time sequences as well. Colors are bright and bold with rich pinks and other luminous pastels and primary colors, which come through in neon signs and the fun costumes. Black levels are deep and inky with skin tones always coming across as natural. Lastly, there were no major issues with banding, aliasing, or noise. 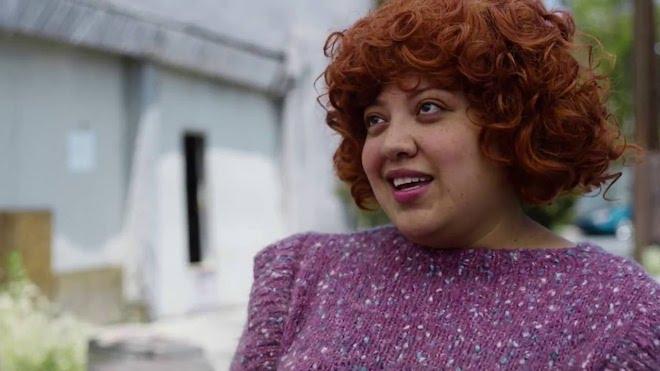 The Greasy Strangler comes with a lossy Dolby Digital 5.1 mix, which is unfortunate, due to all the super vile and nasty sound effects that accompany this film. I also wish the film has better surround activity because there are plenty of opportunities, including the wacky characters in public places, the carwash, and other locales. The music is a big part of the film as well, which doesn't always fully engulf the soundscape.

Instead, most of the fun synth music is played on the front speakers. Sound effects can be over-exaggerated to a great effect as to gross you out, which is always nice to hear in this type of film. Most other sounds are between two people talking or yelling back and forth for minutes on end in a unique stroke of comedy. Bass does kick in lightly in certain sequences but stays rather quiet most of the time. Dialogue is clear and clean without any pops, cracks, hiss, or shrills.

The bonus features consist of 8 interviews with cast and crew from the film all of which are over 10 minutes in length. The cast and crew talk candidly about working on the film, which was nice. Unfortunately, Elijah Wood is nowhere in the extras. There is also a lively commentary track that is a great listen and a few trailers. 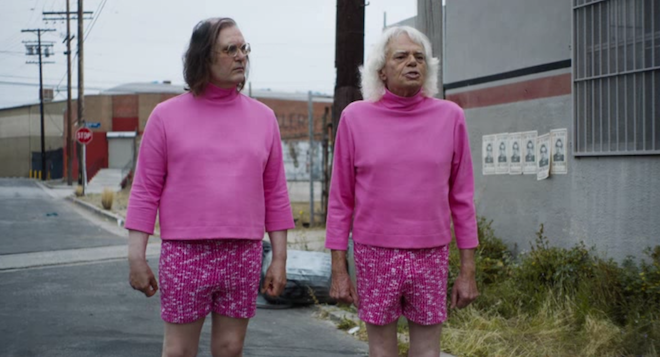 The Greasy Strangler is not for everyone. It's vile, low-down, and ridiculous. That being said, it's one of the best and most unique films about loyalty, family, and oddballs just trying to live in their own insane universe. There's a lot of beauty in the film if you know where to look. It has enough character and funny dialogue to remember for a lifetime and let's hope more and more people find this film and appreciate it. This new release is nothing new from the previous versions of the film even though it's labeled Special Director's Edition. The bonus features have some excellent candid interviews with almost everyone involved in the film along with a great commentary track, along with decent enough video and audio presentations. Highly Recommended!