While The Favourite was a smash with most critics, this one found the dark humor and lack of any sympathetic characters a bit too much. That said, 20th Century Fox has provided a decent enough transfer of the movie, near-reference quality audio, and a nice BTS featurette in addition to a few other extras. Still, if you haven't seen the film yet, you'll want to Give It a Rent before making a purchase, as this one's not for everybody. 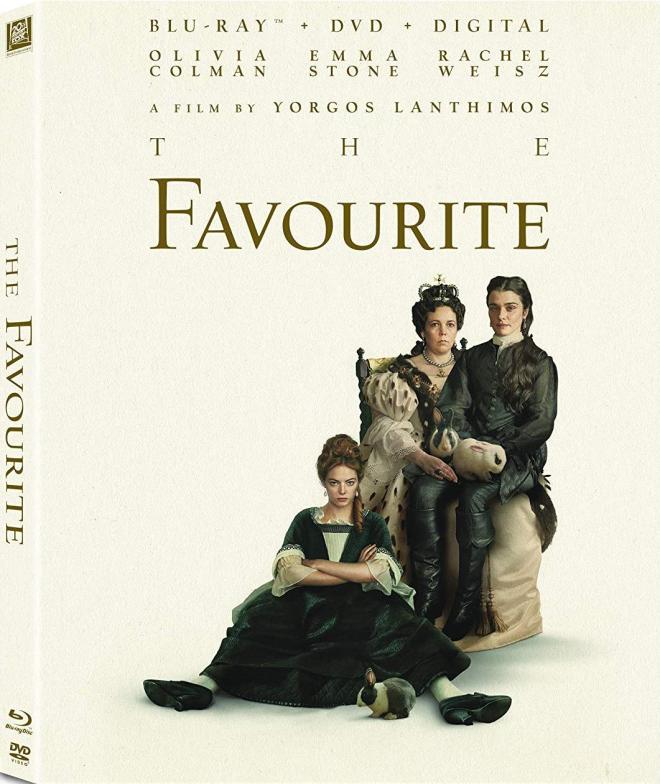 Set in the early 1700s, The Favourite focuses on the rule of Queen Anne (Academy Award winner for Best Actress, Olivia Colman), who is in poor physical health, with her mental capacity not quite all there, either. To nursemaid her through her difficulties being a monarch (including an ongoing war with the French) is Sarah Churchill (Rachel Weisz), who not only has the Queen’s ear, but is primarily calling much of the shots. Things take a turn when Sarah’s cousin, Abigail (Emma Stone) arrives hoping to find employment of her own. Sarah places Abigail in the position of one of the servants, but when Abigail sees how close Sarah is to the Queen (including a romantic relationship between the two women), she begins to position herself as the Queen’s “favourite” – starting with providing a herb treatment for the Queen’s ailing legs, and later by taking her majesty as a lover.

Once Sarah realizes what Abigail is trying to do, she begins to retaliate, and much of the movie concerns the attempts by the two cousins to oust the other — mostly without the Queen’s knowledge that anything is going on, although she does start to favor Abigail over Sarah. While the acting here is quite good (Colman certainly deserved her Oscar, although one can argue hers is much more of a supporting role than a lead performance), director Yorgos Lanthimos (going off a script from Deborah Davis and Tony McNamera) can’t seem to decide if he wants his movie to be pure farce or a dark, twisted comedy. It might have worked best as either one or the other, but trying to do both gives the movie a very uneven feel to it.

As a viewer, I enjoyed the movie far more when it was irreverent farce. When Queen Anne is acting loopy and (almost always) insecure, she’s a delight to watch. In fact, of the three female leads, she’s almost certainly the one the audience will sympathize with the most, as much of the predicament she is in is beyond her own control. The Stone and Weisz characters, on the other hand, both seem beyond redemption in their own ways and their lust for power and revenge on each other saps whatever humor can be drawn from their situation.

Lanthimos, of course, is already well known for his less-than-conventional films, having directed Dogtooth, The Lobster, and The Killing of a Sacred Deer, so it should be no surprise that The Favourite’s ending is less than conventional and requires some interpretation from the viewer. And while fans of Yorgos’s past work may certainly love what he does here, I wanted something more than spending two hours with three depressing souls, whether the tale was supposed to be taken somewhat lightly or not.

The Favourite comes to home video in a Blu-ray/DVD/Digital HD combo with the 50GB Blu-ray and dual-layer DVD housed inside an eco-friendly Elite keepcase along with an insert containing a code for a digital copy of the film. A slipcover with artwork matching that of the keepcase slides overtop. There are no front-loaded trailers on the Blu-ray, whose main menu is rather unspectacular: simply the title of the movie at the top, with menu selections along the bottom of an otherwise black (and blank) screen.

Although labeled for Region A on the back of the box, the Blu-ray in this release is actually region-free. 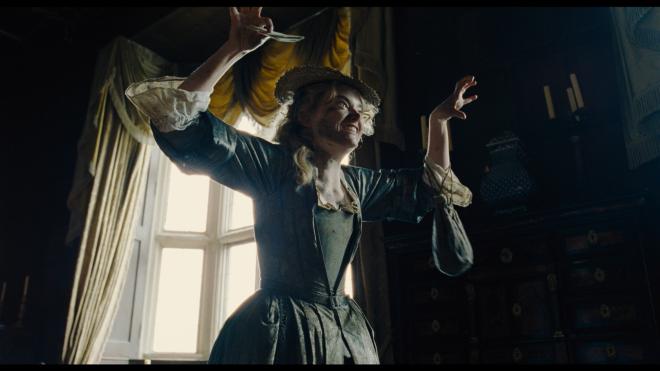 The Favourite was shot on 35mm film using primarily (but not exclusively) the Arricam LT and Arricam ST. It is presented on home video in its original theatrical aspect ratio of 1.85:1. For the most part, this is a great looking transfer, whose only issues lie in the way director Yorgos Lanthimos and cinematographer Robbie Ryan chose to shoot the movie, rather than any technical issues with the presentation here.

Outdoor sequences look the best, overall. Take a look at the scenes that take place in the garden areas or on the shooting range. They're wonderfully lush and colorful with plenty of depth to them. A good deal of the indoor stuff looks great as well, but the image does get into trouble when scenes take place at night and, more specifically, some sequences that are only lit via candlelight. There, the grain from shooting on film is a little more obtrusive and details aren't as crisp. The director/cinematographer team shot many an establishing or transitional shot with a fisheye lens, which I found distracting for the way it makes the image appear as if you're looking through the wrong end of a telescope, with things rounded around the edges; none of the fisheye footage looks all that great on Blu-ray.

Still, overall, the transfer is a nice one and seems to be free from any distracting banding, aliasing or other glitches.

The featured track for the Blu-ray is an English 5.1 DTS-HD Master Audio one, and it's about everything one would want from such a mix. Granted, the movie is a period piece, so it features many sequences that are dialogue heavy. But there's plenty of spots for the 5.1 mix to shine as well – most notably a pair of shooting range scenes featuring Stone and Weisz. The audio also springs to life in many of the movie's group sequences, as the rears make such moments feel very immersive. The score by composer Komeil S, Hosseini is also enhanced by the track, and dialogue is always crisp and clearly understood. It's a wonderfully well-mixed track that certainly adds to the presentation. 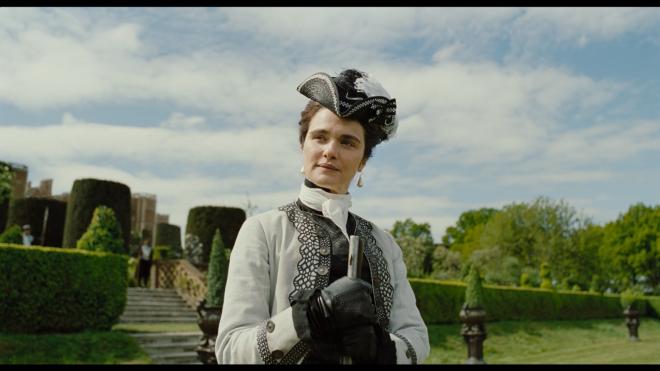 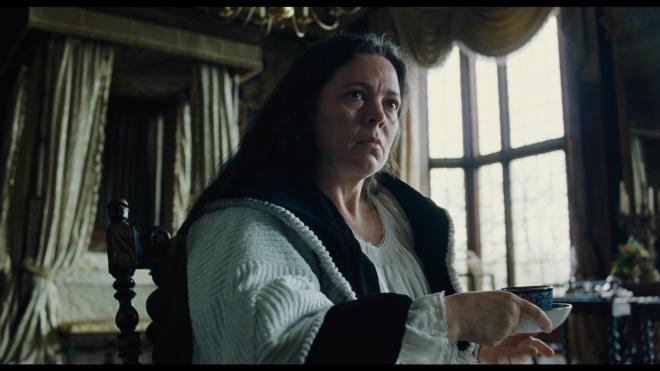 The performances are noteworthy in The Favourite, but director Yorgos Lanthimos's dark farce about England's 18th century rule of Queen Anne left me a little wanting. Still, I'm definitely in the minority with my opinion of the movie, and I can't argue that this is an otherwise strong release, with a good A/V transfer and a couple of bonus features worth taking a look at. However, I'm recommending potential buyers Give it a Rent first, just in case.

Sale Price 6.39
List Price 13.74
Buy Now
3rd Party 9.79
In Stock.
See what people are saying about this story or others
See Comments in Forum
Previous Next
Pre-Orders
Tomorrow's latest releases