Reign of the Supermen

Reign of the Supermen is a long, involved, and amazing storyline that takes place after the death of Superman where four people come forward and claim to be the real Superman and fight the villains. However, with an already swollen character list and tangent story-arcs all compressed into a less-than-90-minute animated movie, it feels rushed and silly for the most part. The video and audio presentations are decent enough an stay within the dark and gloomy feel to the DCU, plus there are a couple of vintage episodes from the other DC shows and some character discussions from comic book creators in relation to the film to round out the bonus features. Rent it. 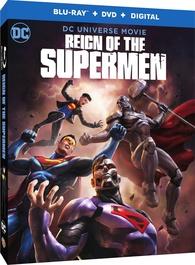 DC Comics and Warner Bros. have been quickly churning out animated films in the DC universe over the past few years. A lot of them have been billed as being darker and more adult themed, some of which have received an R rating for the subject matter. The latest installment here is Reign of the Supermen, which takes place a few months after The Death of Superman. If you've read the titular comic books, you'd remember there are a ton of characters and plot points that were handled over the course of the story some years ago.

The creative minds with this new animated film tried to implement most, if not all, of these aspects into one less-than-90-minute animated movie, which does not bode well for those wanting quality character development or story arcs. Instead, it's a bloated 1.5-hour action sequence with multiple short tangents that never seem to pay off. Reign of the Supermen follows Metropolis still reeling from the death of Superman a few months later where out of the blue, four different people claim to be Superman, including Superboy, Cyborg Superman, The Eradicator, and Steel. Lex Luthor and Darkseid make appearances as well as do the rest of the Justice League, but there is an all too convenient and somewhat silly plot point where they aren't involved as much as they could be.

With these Supermen in the mix, some are not who they say they really are and if you don't know your DC Universe characters well, you're gonna be lost with which ones could be villains and which Supermen are trying to actually save the world. There are so many characters, subplots, and action sequences in this film that everything gets lost in the shuffle. It's a shame, because this could have been a great two-part film, or dare I say trilogy.

At least Rainn Wilson (Lex Luthor) and Tony Todd (Darkseid) provide some excellent voice acting in their limited roles. I really want the DC Universe to succeed with these animated movies, but if this is the route they have chosen going forward, we are in for a long, meaningless franchise.

Reign of the Supermen comes with a 25GB Blu-ray Disc, a DVD copy, and a Digital Copy of the film from Warner Bros. The disc is housed in a hard, blue plastic case with an insert for the download code. 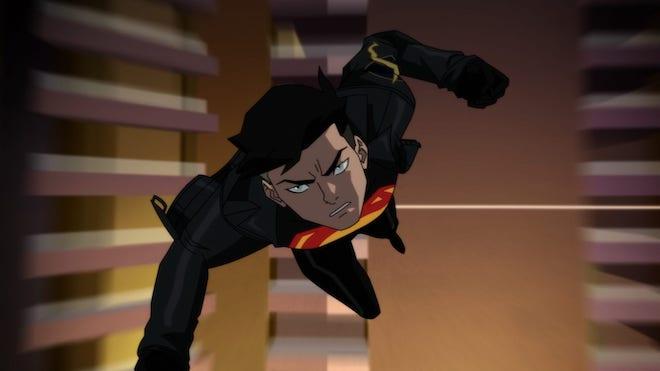 Warner Bros. Home Entertainment presents Reign of the Supermen in a 1.78:1 aspect ratio 1080p HD transfer. If you've been watching all of these DC animated films, you've come to expect a certain kind of animation style here with more subdued colors and a flatter looking image compared to the likes of Disney or Pixar. As usual with these DC animated films too, the image is a bit darker, without any bright colors flashing constantly. Since there are a ton of villains and different Supermen abound here, there are an array of colors from green, purple, red, orange and more.

It's nice to see these warmer colors against cool blue or gray backgrounds for a nice contrast. This is a bright picture that The Death of Superman and even the recent animated Suicide Squad movie, which is a step in the right direction, but again, colors still have a muted palette here. The animation style is subtle without any big, flashy tricks, which doesn't give the image depth. It's not a major complaint, but rather just a style choice DC and Warner have decided to go with. There is a nice filmic quality to the animation which I enjoy and I'm glad there are still animated stories in 2D. There are no major issues with any of the video portion here. 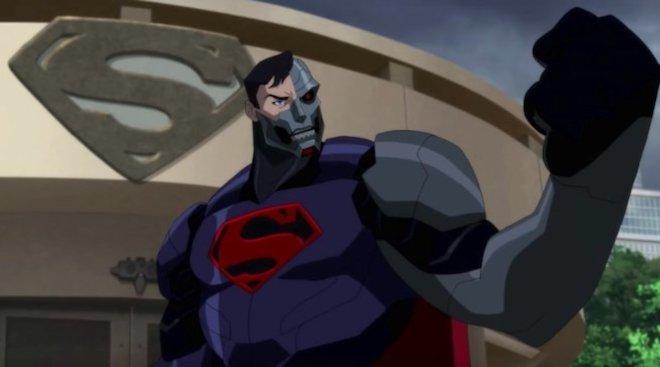 Reign of the Supermen comes with a lossless DTS-HD MA 5.1 mix and has quite a bit more power to it than previous DC animated movies. There are a ton of action sequences here with numerous explosions and otherworldly events that utilize the audio dynamics wisely. Each sound effect is loud and boisterous from every direction. I'm not saying it's on par with a live-action DC movie like Wonder Woman, but the bigger action elements sure make the walls rattle with a big low end of bass.

Ambient noises of city destruction, people fighting and yelling all make their way to the rear speakers often and other supernatural elements come off as strong and robust. Even though the video looks a bit flat, this audio mix powers everything up. Dialogue is clear and free of any imperfections with a very good quality of voice acting that is never overpowered by the decent music score or any other sound effects. 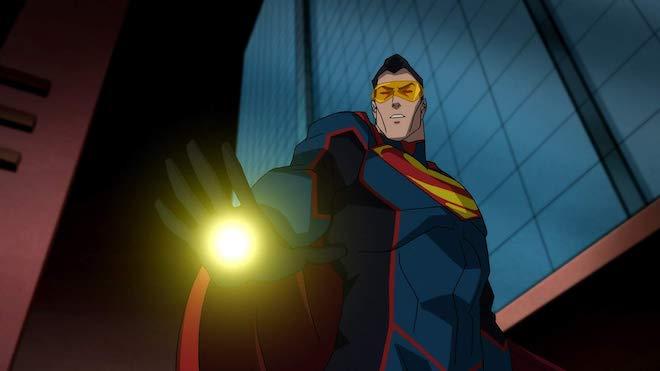 There is only one extra here that is in conjunction with the film itself. The rest are a combination of vintage episodes from DC's archives and sneak peek at the next aniamted film. 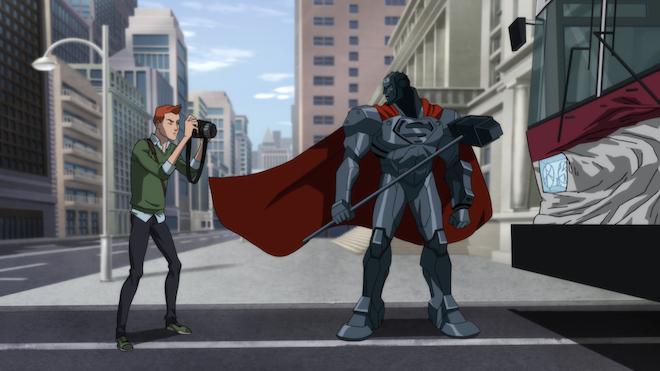 Reign of the Supermen was an incredible comic book series, spanning many storylines over a long period of time. Warner Bros. and the DC Animated department decided to try and fit everything into a less-than-90-minute thrill ride, but there are no thrills. Instead, there is just a bloated story arc, too many characters, and an underwhelming climax. It just doesn't work here, besides some of the top voice talent. The video and audio are on par with the darker tone of the DC universe and the extras are worth your time as well. Rent it.

Sale Price 9.96
List Price 19.98
Buy Now
3rd Party 6.4
In Stock.
See what people are saying about this story or others
See Comments in Forum
Previous Next
Pre-Orders
Tomorrow's latest releases