Scream Factory has re-released a brand new 1080p HD transfer of Sylvester Stallone's mid-1980's crazy action flick, Cobra. Stallone plays a cop who sets out to cure a disease of ax-wielding madmen by any means necessary while falling in love with the woman he is supposed to protect. The new video transfer is a great upgrade from previous versions and the DTS-HD MA 5.1 mix sounds decent. All of the new interviews with the cast of the film, sans Stallone, are all excellent and worth your time, making this Collector's Edition Recommended. 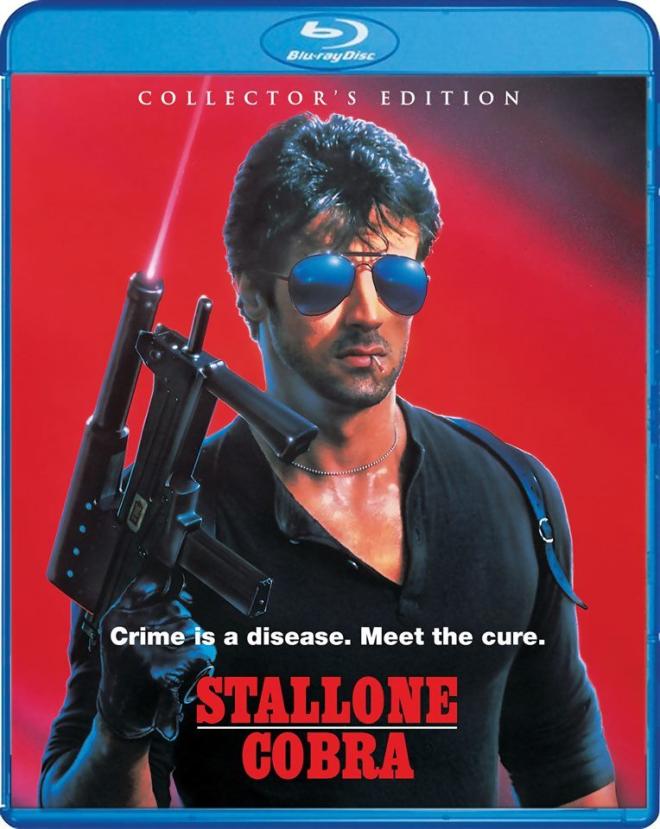 By 1986, Sylvester Stallone had finished four Rocky films and two Rambo movies before writing the screenplay and starring in Cobra, which was I think the beginning of his over-the-top action movie career that lasted a decade or more. In fact, the next movie Stallone did after Cobra was titled Over The Top. Nobody knows why Stallone was attracted to Cobra, but director George P. Cosmatos (Rambo II, Tombstone) set out to make a super violent film about a cop trying to take out an ax-welding cult who will kill anyone and anything. Despite the violence and big stunt work, the movie conjures up more laughs and silliness than thrills and suspense.

Stallone plays a trigger-happy Lt. named Mary-Ann, I mean Marion Cobretti, who goes by the name Cobra, which in real life is a big, furious snake. He wears form-fitting jeans, oversized sunglasses and is never without a piece of wood in his mouth. He is the supposed "cure" for "the disease", which is a cult-like group of leather-wearing bikes who perform synchronized dances with dual axes as if they were opening on a Broadway stage. Enter the picture the 9-foot tall Brigette Nielsen and real-life partner to Stallone at the time to be the female heroine of the movie

From this point, Cobra uses his gun and car to track down the bad guys and put an end to their way of life with no promise of the law. It's all silly, but it was and still is a lot of fun to watch the impressive action, stunts, and laugh at the one-liners throughout. After Cobra, Stallone went on for more than a decade with chaotic and hilarious big-budget action movies until he mostly settled down before The Expendables happened.

This film is the complete product of the mid-1980s where they tried to tell a compelling story, but it just comes across as funny, rather than thrilling or any sort of commentary on society, with the exception of the 2nd Amendment here where it seems like Cobra himself doesn't care for trials, but rather kill anyone to save the day. If Stallone is so hell-bent on doing sequels for all of his old movies these days, I think he should revisit this one too.

Cobra comes with a 50GB Blu-ray Disc from Scream Factory with a brand new video transfer and two audio options. There is no insert for a digital download code. The disc is housed in a hard, blue plastic case and a cardboard sleeve. There is no alternate artwork for this Collector's Edition. 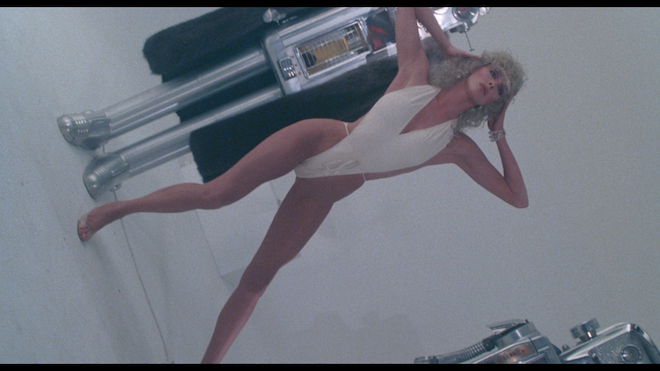 Cobra comes with a new 2K-sourced 1080p HD transfer. This film was released several years ago on Blu-ray and didn't fare so well in the video department, but Scream Factory has done an excellent job with this new transfer. Film grain is intact and more stable this time around, especially in lower-lit scenes, and doesn't fluctuate or swarm like in previous releases.

Colors are more vibrant and realistic too. The scenes in the furnace lair of the cult have better reds, oranges, and yellows that light up the faces and background sets better with each lighting choice. Other scenes outside, show brighter blue skies and red carnage. The black shade of shirt and sunglasses on Stallone also has a richer look to it. Detail is much more vivid as well, where you can see the oil and sweat beads off shirtless people easier, along with the individual stubble on Stallone's face. Black levels are deeper and the skin tones are more natural. There are a few instances of debris still, which I think still adds to the time and grit of the film, but all other issues are non-existent. 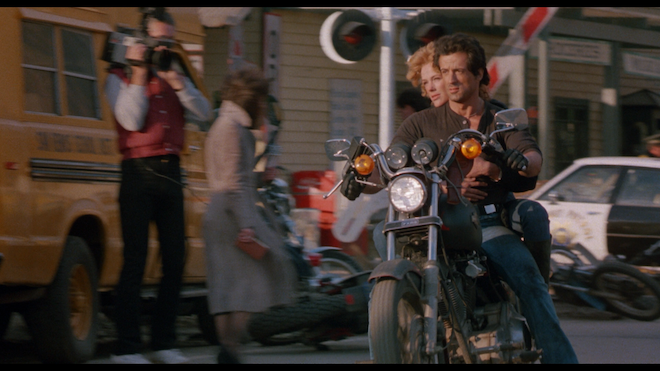 Cobra comes with both a lossless DTS-HD MA 5.1 mix and a DTS-HD 2.0 stereo option. The 5.1 mix adds some depth, surround noises, and bass -- although both options are front heavy  -- but effects like gunshots, motorcycle engines, and fight-punches never deliver deep LFE like modern action movies.

Still, there are several moments in the bigger action sequences -- where bullets will fly by on the surround speakers along with the bikers riding past to the rear sets -- that sound good. The music/score always adds to the hilarious 1980's music style, along with some good ambient noises of people screaming and talking in the background. Certain explosions do bring the bass in, but it isn't often. Dialogue is also clear and loud, even with Stallone's delivery without any pops, cracks, or hiss 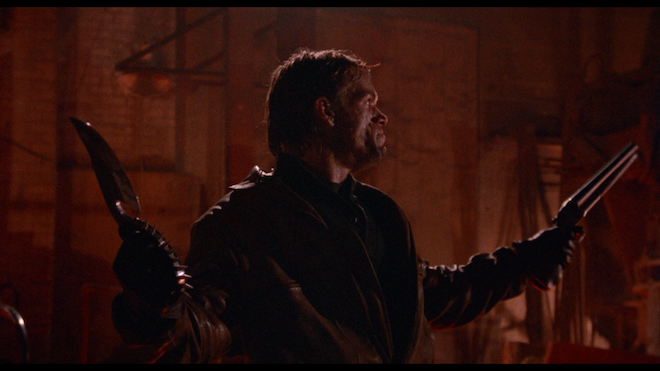 Scream Factory delivers some great interviews with some of the actors from the film here. Sadly, Sylvester Stallone is nowhere to be found in any of the extras here. There is an old EPK featurette, an older commentary track by the director, and some brand new interviews which are quite fun to watch. 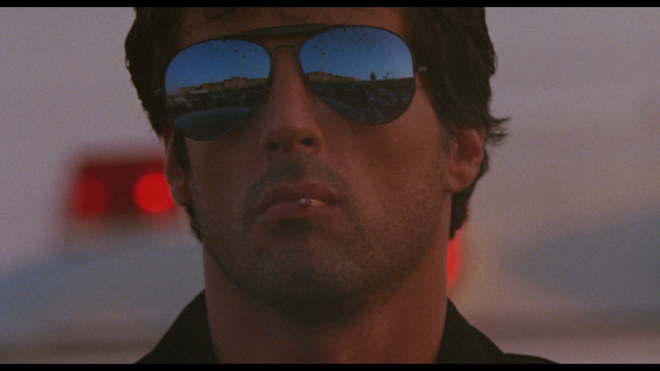 Cobra launched a decade of insane Stallone's action movies, where most of his films during this time are funnier than they are thrilling. It's still a fun popcorn flick with tons of violence and over-the-top characters to enjoy all these decades later. The new video and audio presentations are both improvements from previous releases. All of the new extras are worth your time due to the honesty and fun stories from the set, but there is zero Stallone in them. Still, Cobra should be a part of your family and therefore is recommended!

Sale Price 25.25
List Price 29.99
Buy Now
3rd Party 35.35
In Stock.
See what people are saying about this story or others
See Comments in Forum
Previous Next
Pre-Orders
Tomorrow's latest releases