Sale Price 41.99
List Price 69.95
Buy Now
3rd Party 41.99
Temporarily out of stock. We are working hard to be back in stock. Place your order and we’ll email you when we have an estimated delivery date. You won’t be charged until the item ships.
Release Date: November 20th, 2018
Movie Release Year: 1964
Release Country: United States
COLLAPSE INFO -

"For the next hour, we will control all that you see or hear."

If you took a look at my review for The Outer Limits: Season One, then you already full well know my love for this show as I grew up with it side-by-side with The Twilight Zone. For years I often would mistake one episode as belonging to the other series and vice versa. Not that I minded the confusion. When each show started making their runs on Blu-ray and my family finally got cable, TNT helped me sort out which episode belonged with which show and I got to enjoy everything all over again. I got to feel that again digging through The Outer Limits: Season Two. 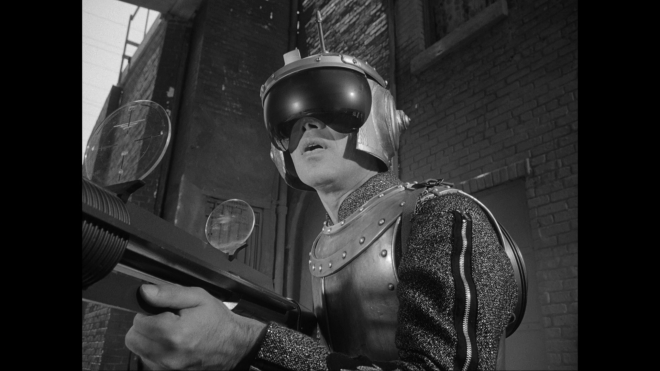 Unfortunately when this season went into production, the studio was keen on wrestling down costs and as a result, it can fell a little bit uneven. There are many episode highs, while there are a few unfortunate middle ground lows. This season, in particular, is famous for some iconic episodes - a couple of which formed the basis of a later important legal dispute. One of my favorite episodes of the entire show is episode S02E09 I, Robot - about a cynical lawyer hired to defend a self-aware android for the murder of his creator. Sounds a bit similar to a certain 2004 Will Smith venture inspired by Isaac Asimov's collection of robotic-themed short stories, but this episode was based off Otto Binder's short story of the same name published over a decade before Asimov's work. I remember watching the Will Smith I, Robot in the theaters and thinking "this is an Outer Limits episode!" Well, now you can compare the two for yourself.

The next pair of episodes in this second season highlight the greatness of Harlan Ellison's writing and stamp on Science Fiction - as well as his curmudgeonly habit for litigating those he believed ripped off his work. In this case, it's the two episodes S02E01 Soldier and S02E05 Demon with a Glass Hand. These two episodes were the basis of Ellison's lawsuit against Hemdale over James Cameron's The Terminator. While there are some similarities between the two episodes and the iconic Schwarzenegger-starring film, I never thought them to be so similar to warrant the "The producers acknowledge the works of Harlan Ellison" credit at the end of the film. 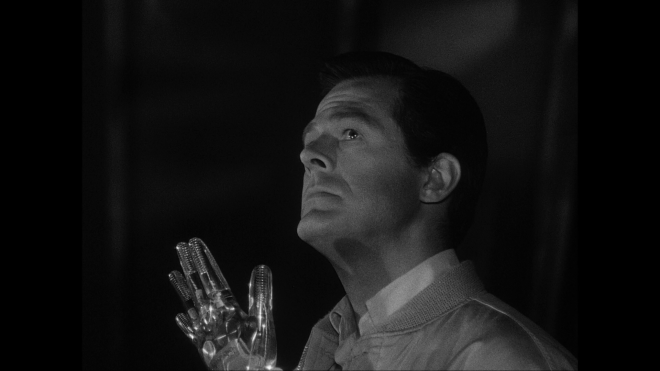 Those three episodes are probably the most famous - or infamous depending on how you look at it - of the entire season. But there are several more great episodes here that make the season not only memorable but also a shame that the show was cut short before the entire season could be filmed. Such as it is, this run of 17 episodes is another amazing example of visionary science fiction entertainment - and it's great to finally have them all on Blu-ray. It took me a while to punch out this review because I just had too much fun watching them all over again.

Once again, Kino Lorber Studio Classics brings The Outer Limits to Blu-ray with a 4-disc set offering all 17 episodes of the second and final season. Pressed onto four Region A locked BD-50 disc, the discs are housed in a foldout bookcase with identical slipcover artwork. Also included is a booklet containing a terrific essay by David J. Schow detailing the iconic show's final season and the behind the scenes events that led to its cancelation. The booklet also contains information about each episode. 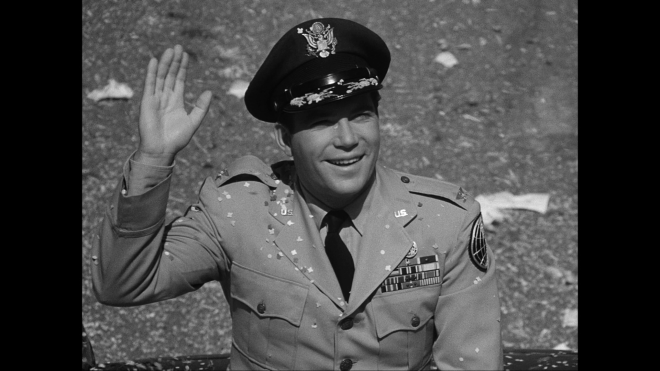 Similar to The Outer Limits: Season One, Season Two features a sparkling and beautiful 1080p 1.33:1 transfer. After watching old T.V. broadcasts and rough around the edges DVDs, it's I was still taken aback by how clean and clear the image transfers were for these episodes. I still don't know the vintage of these transfers but they have to be fairly recent. Absent of any compression anomalies, each episode displays a terrific amount of detail clarity while retaining healthy fine film grain with a very film-like appearance.

Black levels are spot on with a strong greyscale showing the subtle highlights from light and dark with great shadow depth. Some of the more effects-heavy episodes can show a little heavier grain and some more significant dust or speckling but that's more a baked in effect of the optical effects work than a sticking problem. Again I'm very impressed by this restoration and kudos to Kino for bringing the show home in grand form. 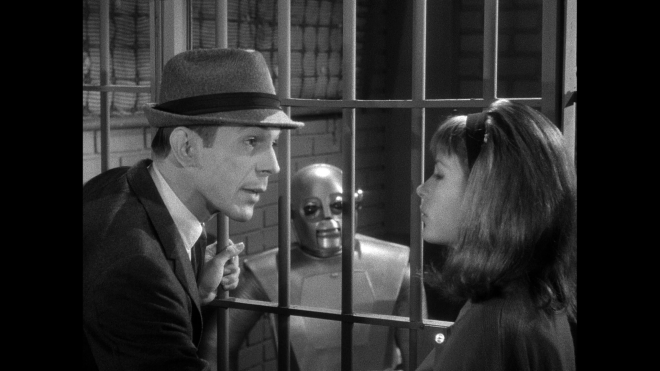 Like the previous season, Kino gives each episode of The Outer Limits: Season Two a robust English DTS-HD MA 2.0 mono track that is in keeping with the show's original presentation and doesn't sound over-worked or altered. Dialogue is crisp and clear for each episode. Sound effects give the mix a real kick where they count and the scoring for each episode rounds out the mix. Imaging is limited but each episode displays a welcome sense of atmosphere and spacing - especially any time an episode moves from indoor to outdoor locations. There is a tiny bit of hiss in some of the tracks, but nothing serious enough to get worked up over - I only really heard it when I was watching an episode on my computer with headphones on. Levels are spot on and don't need adjusting. 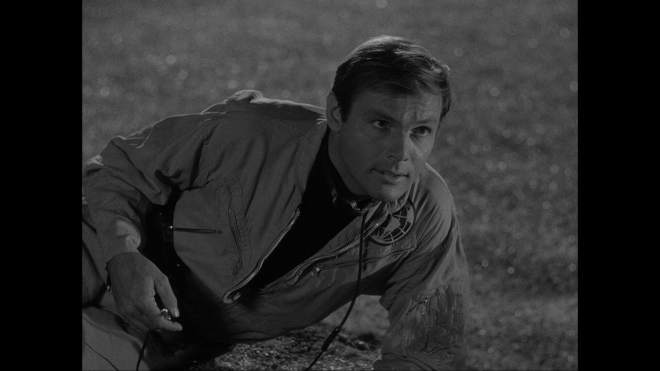 Like Season One, Kino Lorber went full out with The Outer Limits: Season Two bonus features. Leading this massive pack of new and archival bonus features are 16 Audio Commentary tracks that are absolute must-listens if you're a serious fan of the show. If that wasn't enough, Kino has also included a massive range of Interviews, alternate cuts of two episodes, all of the TNT Penn & Teller Host segments, and a hell of a lot more. You seriously have many hours of bonus content on your hands in this awesome package.

Kino Lorber Studio Classics delivers a truly special and complete Blu-ray release of The Outer Limits: Season Two. While this season has half as many episodes of the first, each episode is a great viewing with several classic highlights in the mix. While I wish there were more episodes of this original run to enjoy, I'm grateful for the ones we got. I hadn't seen some of these in several years so it was a lot of fun reconnecting with them and remembering how impressive they are. KLSC delivers a hell of a 4-Disc Blu-ray set of The Outer Limits: Season Two complete with an impressive A/V presentation for each episode as well as an incredible array of insightful new and archival bonus features that'll keep you busy for many hours. If you have The Outer Limits: Season One, your collection isn't complete without Season Two. Highly Recommended.