This film is also part of the 'Andre Gregory & Wallace Shawn' 3 Film Set From Criterion!

'Vanya on 42nd Street' is a brilliant blend of film and theatre all in the span of two hours. Andre Gregory along with several A-list actors, including Julianne Moore, George Gaynes, Larry Pine, and Wallace Shawn, all came to a very small run-down theatre in New York City, specifically on 42nd Street, to study the work of Anton Chekhov, specifically his play 'Uncle Vanya'. The actors and director spent the better part of three years, in between everyone's schedule, studying the playwright and rehearsing his play.

Luckily for us, director Louis Malle caught every bit on film, from the table reads, rehearsals, and everything in between. At one point, the actors actually performed the play in front of a very small invited audience. However, this film is not about the final performance, but rather about how the play was made and developed over time, and was such a delight for any fan of film or theatre to witness. We literally get to see these fine actors sit around a table as well as block the scenes for 'Uncle Vanya'. During this process, these actors bond as well as struggle with their roles. More often than not, their reactions and emotions are real here, which makes this cast so wonderful to watch.

If you're unfamiliar with the play, 'Uncle Vanya' follows an older guy by the name of Serebryakov (George Gaynes), who comes back to his rural estate with his second much younger wife Yelena (Julianne Moore) to see how things are going along. Uncle Vanya (Wallace Shawn), the brother-in-law of Serebryakov's first wife, runs and manages the estate for a very cheap rate. Sooner than later Serebryakov announces that he plans to sell the estate, which makes everyone angry, including Vanya's sister Sonya, who is in love with Dr. Astrov (Larry Pine).

Meanwhile, Vanya has feelings for Yelena. Both Vanya and his sister Sonya appear to be infatuated with people they cannot have. This only adds to this discomfort to everyone trying to deal with the upcoming sale of the estate. It's not so much about the actual story here, as much as it's about the coming together of these amazing actors, pulling off this play and their long hours of rehearsal. There are some funny moments throughout as well, although it falls on the bit of the dark side.

The screenplay by David Mamet is spectacular and all of the performances are Oscar worthy, although not many people have seen or heard of this movie. Unfortunately, this was Louis Malle's last film before he died, but going by his fascinating and great resume, 'Vanya on 42nd Street' was an excellent film to go out on. 'Vanya on 42nd Street' is an amazing adaptation of Anton Chekhov's 'Uncle Vanya' play. For fans of the theatre and film, specifically Wallace Shawn and Louis Malle will love it. For the rest of you, it might go over your head. The acting in the film is superb and is where the real strength of the film lies. 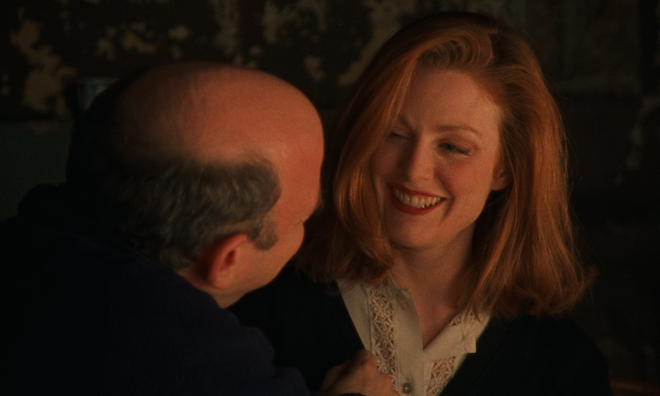 'Vanya on 42nd Street' comes with a fantastic 1080p HD transfer and is presented in 1.66:1 aspect ratio. In fact, this video presentation might just be flawless. According to the Criterion booklet, this video presentation was supervised by director of photography Declan Quinn and is a new digital transfer in 2K resolution from the original 16mm negative as well as the 35mm interpositive. All of the scratches, dirt, and debris were manually removed as well. The detail is sharp and vivid throughout in this new transfer.

Closeups show every individual hair, makeup blemish and each imperfection on every piece of architecture and theatre prop. It's outstanding and gives the image tons of depth. Colors are simply delightful and pop off screen. There are tons of very warm and natural colors that are all well balanced and saturated, without any color reproduction issues. There is a very nice layer of grain that keeps the filmic look and never that digital feel. The skin tones are natural and the black levels are always deep and inky with zero shadowing problems. There were no issues with banding, aliasing, or video noise either, leaving this video presentation from Criterion with perfect marks. 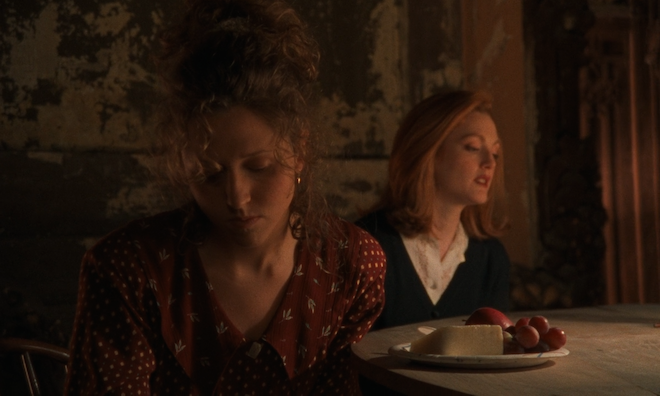 This release comes with a lone English LPCM 2.0 audio mix and for what it is, sounds great. According to the Criterion booklet, this audio mix was remastered at 24-bit from the original stereo track rom the original 35mm audio track. All of the pops, cracks, and hiss were manually removed as well. This is a standard track of dialogue, however, it sounds excellent.

There are no gun shots or explosions in this movie, so don't expect a wide dynamic range or a ton of loud or robust moments of sound effects or ambient noises. It's basically all dialogue with a small amount of a jazz score sprinkled throughout. There was really no immersion either, but that's how this audio track is made. That all being said, the dialogue is always crystal clear and easy to follow. It's layered and has some great directionality as well. As far as dialogue goes, this is as good as it gets. 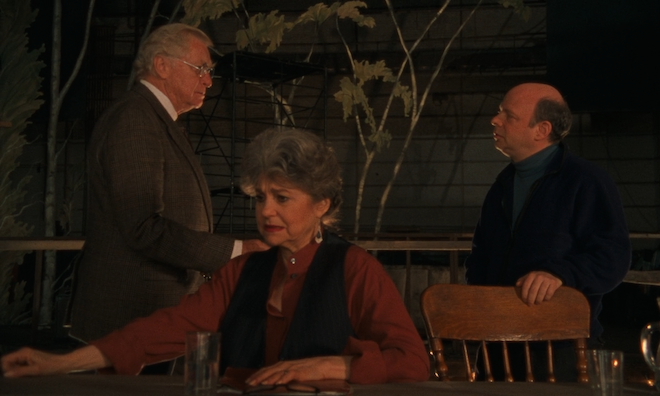 Life Like: The Make of 'Vanya on 42nd Street' (HD, 37 Mins.) - In 2011, the cast and crew came together to discuss just how this movie was made and the inspiration for it. Andre Gregory, Wallace Shawn, and Julianne Moore are included here. Definitely worth watching.

Trailer (HD, 3 Mins.) - This is the original theatrical trailer for the film.

Criterion Booklet - The usual excellent Criterion booklet is here with 22 pages that include cast and crew information along with essay by Steven Vineberg and Amy Taubin.

Criterion has knocked this release out of the park once again with 'Vanya on 42nd Street'. The performances by each actor are amazing. The video and audio presentations here are top notch and the one big extra here is worth watching. This is one Criterion set you shouldn't miss out on. Highly Recommended!

Sale Price 24
Buy Now
3rd Party 18
In Stock.
See what people are saying about this story or others
See Comments in Forum
Previous Next
Pre-Orders
Tomorrow's latest releases