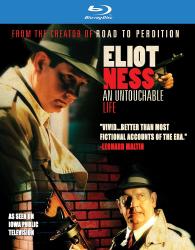 Eliot Ness - the real-life gangbuster who brought down Al Capone tells his thrilling story as never before! From Robert Stack to Kevin Costner, Hollywood's glamorization doesn't compare. Max Allan Collins, whose graphic novel ROAD TO PERDITION became the Academy Award-winning Tom Hanks film, has brought his Edgar-nominated one-man show to the screen in a stylistic fashion. Star Michael Cornelison (THE FINAL SEASON, LOST IN AMERICA) presents a riveting portrait of a heroic yet human Ness. From the prohibition era of crashing stills and bringing down crooked cops, to taking on racketeering rings and nabbing the nation's first serial killer, it's all here, thrilling and true.