Overview - From Kevin Tancharoen - acclaimed director of Mortal Kombat: Rebirth, the viral sensation with 12 million YouTube hits - comes Mortal Kombat: Legacy, a must-see 9 episode anthology from Warner Premiere. Created by a fan for the fans, the newest release lets the consumer dive deeper into the origins of one of the most enduring franchises in history and builds on the enormous success of the Warner Bros. Interactive Entertainment game Mortal Kombat, which became available April 19 and marked a triumphant return to the series' mature presentation and a reinvention of its classic 2D fighting mechanic. Fans, old and new, will get to see never-before-revealed storylines that deepen the mythology of the Mortal Kombat multi-verse. Realistic, gritty and violent, it's the Mortal Kombat fans have been asking for.
OVERALL
Highly Recommended

Look...as much campy fun as the first 'Mortal Kombat' film is, there's no denying the film series from the '90s was an absolute bust, especially with the much maligned sequel that continues to numb the minds of viewers daring enough to walk into the travesty with an open mind. It really was a good idea by Warner Brothers to put the kibosh on the franchise, lest we get a film more convoluted than the last. How that's even possible is beyond me.

Leave it to one super fan to change the way we view 'Mortal Kombat.' When Kevin Tancharoen created 'Mortal Kombat: Rebirth' as a pitch to the studio to allow him to reboot the film series in a more realistic, gritty fashion, it had the internet film and gaming communities clamoring over his one-weekend project. What was this creation? Was it a teaser to a new film? An elaborate interlude to an upcoming game (which the lead actor suspected was the case!)? When the truth was revealed, it made 'Rebirth' all the more awesome, considering the obvious financial constraints behind the creation, and the names that were drawn to it. While a 'Mortal Kombat' film series was not initially greenlit (a 2013 date is rumored, now), a web series was commissioned, with Tancharoen directing and writing with help from the writers from 'Spartacus: Blood and Sand.'

In nine short "films," each ranging between eight and twelve minutes, Tancharoen created the best thing to come from the 'Mortal Kombat' universe since the second game debuted almost 20 years ago. While the series has its own set of issues, the vast improvement on the material, the way it is adapted to be believable, and the fantastic writing that relies on showing us content rather than explaining it makes this an absolute must-see for any fighting game fan. Just imagine what was done here with your other favorite franchises...that's enough to get any gamer salivating...

'Mortal Kombat: Legacy' has six distinct stories featured in its nine parts, with three two parters elaborating further where necessary, all framed in the period before the first Earth based tournament. While these stories are not interconnected in any way, shape, or form, with no characters returning after their parts in their individual plots, they set up the basis for the entire 'Mortal Kombat' universe, making the characters relatable, human (even if they're not). They teach us the relationships, the backstories, why each and every competitor chooses to engage in the tournament to come. Not every character is featured, as there are no Shaolin monks of any kind, but considering that area would always seem too close to a Bruce Lee tribute or remake, we're no worse for the wear.

The actors from 'Rebirth' return, meaning the first two parts of 'Legacy' feature an all-star cast, while the third contains some of the best on-film martial arts by any movie not starring Scott Adkins, by the returning Matt Mullins. 'Legacy' begins with the tale of Jackson Briggs (the amazing Michael Jai White as the man who becomes Jax) and Sonya Blade (Jeri Ryan) as they hunt down the leader of the Black Dragon crime cartel, the nefarious Kano (Darren Shahlavi). Generic as the story may be for this portion of the series, its made up for in spades in the stylistic approaches, the realism to it all, and the origin stories of all involved and how they got to be as they are in the games. The fighting fits each character fantastically, filmed frenetically yet intelligently to keep you involved in each piece of combat (or kombat, whatever), with each of the three given their own persona that shines through in their fighting style. We see some seriously nasty gore, to boot, and some fun futuristic tech, keeping this part of the show moving fast and freely.

'Legacy' then moves on to its best part: Johnny Cage (Mullins). His story resonates far more than any other character, as he's the most human and relatable. Incapable of finding work after his star turn in some Power Rangers show, the master martial artist begins pitching himself as a reality TV star, though the studio heads aren't buying it. As Cage mulls his future and deals with his failures, he comes head to head with the studio hypocrisy and lies that he feels are holding him back. This action movie star ballad is superb, as we see a prototypical fighter-turn-movie star out of his element, trying to latch on to a genre that has since forgotten him and anything he did for it. Much like the revelatory 'JCVD,' this short and sweet segment really connects you to one man's plight and ass kicking ability.

The other highlight of 'Legacy' has to be the tale of Raiden (Ryan Robbins), the God of Thunder, who, much like the similar 'Thor,' falls to Earth, and finds himself scrutinized. Of course, it's Raiden's fault for landing in a mental institution. As the Protector of Earthrealm discovers, his pleas are met by deaf ears who cannot fathom what he says, and soon finds himself at their mercy. There are two things truly fascinating about this segment: first, that a man telling the truth is met with disbelief (not skepticism), and shares a fate with an iconic film character who also found residence in a cuckoo's nest; second, that anyone would be dumb enough to taze Raiden or Thor. Yeah, jump start their battery. Please.

The other segments of 'Legacy' don't fare as well as these human tales, partially because they're so inhuman. The story of Kitana and Mileena, both parts of it, is rather two tone, and not just because of the part live action, part anime stylization it features. The characters really never connect, and while ninjas are cool, and seeing a fallen realm taken over is always neat, there's nothing to connect to. Same goes for Scorpion and Sub-Zero's two part tale. Yes, a battle between these enemies is great, no matter where it is, no matter the circumstances, but there's never any drama, never a second we don't see coming, and there's no relatable moment or character the whole time through. Lastly, the story of Cyrax and Sektor also falls flat, like a ten minute condensation of what should be a two hour tale under the right supervision, missing all the marks due to the rushed, generic story.

'Mortal Kombat: Legacy,' even at its lowest, is still miles ahead of either feature film; at its best, it's absolutely splendid. There has never been a fighting game movie adaptation as powerful or interesting as this, and Warner would be foolish to pull out from the upcoming film. For the genre (game to film), this is revolutionary. This is the moment everything changed. 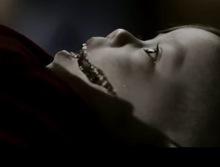 I watched the first couple of episodes of 'Legacy' when they first debuted online, and let's just say my internet connection doesn't quite permit high def streaming all that well. To be honest, I'd probably still be waiting for it to finish. So, with this Blu-ray release of the nine part series, I got to see the show in high-def for the first time. While I'm not blown away by the results, I can see such a huge difference that I'd find it hard to ever watch again in any other medium.

This disc sports fantastic facial features, great (and consistent!) picture depth, realistic textures, and enough minute detail to keep one engaged in the random, lived-in environments. The opening two acts, with the debris in the air from the battle, it's hard to not feel like you're right there in the thick of it, while the anime segments (reminiscent of another film that had a cutaway to anime for stylized sequences) really sports superb line clarity and distinction.

All that is well and good, but this disc has its issues as well, many I can assume are locked in and not the disc's fault. For one, pans can create a stuttery, juttery mess, while a number of sequences are excessively over-saturated, to the point that they look almost as anime as the anime does. There's a small spattering of noise in one sequence, while whites find themselves excessively blown out in the Scorpion/Sub-Zero segments.

Fans of this show will get a kick out of the look of this solid disc. I just can't say expect to be marveled. Satisfying, engaging, pretty damned good, really, but with some noticeable issues that make it easy to like, but hard to love. 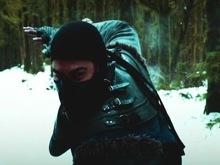 The lone audio option for 'Mortal Kombat: Legacy' is a lossless DTS-HD Master Audio 5.1 track that is actually quite slamming...quite possibly literally. There's fabulous power from the opening segment and it doesn't let up, as we get tons of bass thumps, power through every channel, great separation, localization, and movement, and so much beef that it's hard to not feel stuffed by the time you're done. Gunfire from the opening two acts really is quite extraordinary, from the various calibers, to the localization and movement, to the extreme thuds from new fandangled weaponry. Fists swoop, punches can pack hefty thunder, and the room is constantly engaged with plenty of ambience and activity.

My lone complaint is the random static beneath some of the dialogue, as it can be a little distracting. Otherwise, get ready for an absolutely dominating track. 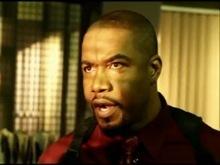 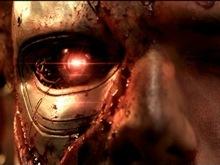 On average, 'Mortal Kombat: Legacy' is great. It has a few misfires, but there are also some real gems hidden here that are pretty damn great. Sure, I wish this release contained 'Rebirth' in some fashion, but ah well. This Blu-ray features splendid presentation qualities, and a nice pile of extras. Sure, this disc costs money, versus being free when it debuted as a web series, but fans really need to support this release, as the upcoming film just sounds amazing. Hopes are high, here's hoping they don't come crashing down! For the price, this one is a real winner, so don't miss it!

Sale Price 5.75
List Price 9.98
Buy Now
3rd Party 29.99
In Stock.
See what people are saying about this story or others
See Comments in Forum
Previous Next
Pre-Orders
Tomorrow's latest releases