Suicide Squad: Hell to Pay is a rated R animated film set in the DCU. You might want to keep the young ones away from this particular film, as there might be some intense adult situations that you might end up having to awkwardly explain. One thing is for sure, the film is loads better than the live-action version from a couple of years ago. The story focuses on the evil villains of the DCU teaming up once again to locate a magic card for Amanda Waller. Little do they all know that many more villains are out to capture this card for themselves. The Blu-ray image looks quite good for a DCU animated movie and the lack of Dolby Atmos is upsetting, although the DTS-HD 5.1 gets the job done just right. There are a ton of extras here that are worth your time as well, leaving this release Recommended! 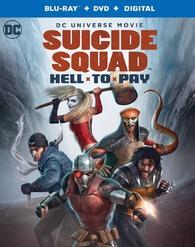 Critically speaking, the DCU has better luck with their animated films than they do with their live-action movies. Even though the live-action Suicide Squad made around $750 million at the box office, the fans and critics had something far different to say about it which, to say the least, wasn't too kind. That all being said, we now have an animated film called Suicide Squad: Hell to Pay, which follows the villain team again, but this time around, the movie is rated R for strong bloody violence throughout, sexual content, graphic nudity, and some language.

In the film, we find out that Amanda Waller has cancer and wants her "Task Force X" to team up again to track down this supernatural object called "The Get Out of Hell Free Card", which is supposed to do exactly what it says. The villainous team is put back together again with Deadshot (Christian Slater) taking the lead, along with Bronze Tiger, Killer Frost, Captain Boomerang, Copperhead, and Harley Quinn. If you were a fan of the live-action film, specifically with Harley Quinn, you'll probably be disappointed here, as she is more of the one-liner comic relief of the movie.

For a more in-depth take on the movie, please read our FULL REVIEW of the 4K Ultra HD Blu-ray Disc HERE.

Suicide Squad: Hell To Pay comes with a Blu-ray Disc, a DVD Copy of the film and an insert for a digital download of the movie. The discs are housed in a hard, blue plastic case with a cardboard sleeve. 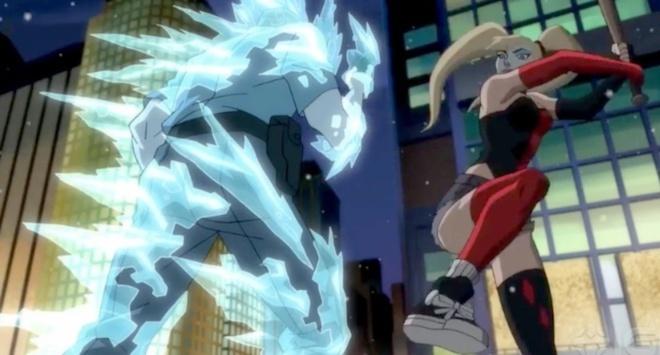 Suicide Squad: Hell to Pay comes with a 1080p HD transfer and is presented in 1.78:1 aspect ratio. The DCU films as a whole look much darker visually, as they are in tone and story. The same goes with their animated features, for the most part, with the exception of those geared strictly towards young kids. Colors here aren't as dynamic as a Pixar film nor are they as striking or bold as their live-action counterparts. That being said, the colored costumes do stand out against the bleak backgrounds and dark corners the Squad travels too, along with some neon signs and well lit clubs they venture to along the way.

Detail in the animation is fluid and sharp with good animated lines to focus on character movements and actions. Background objects can slightly show some textures, but the 4K UHD better enhances this aspect, as it does with the many black levels throughout the film, which are usually deep and inky. There is also a nice layer of filmic grain to make this look old-school and grindhouse-like, which is a lot of fun. There are no issues with aliasing or banding either, leaving this video presentation with good marks. 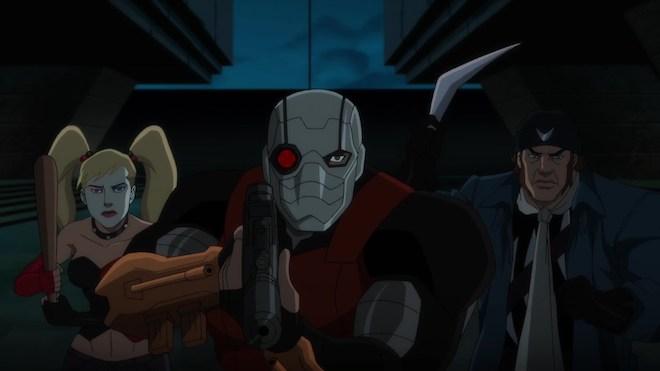 This release comes with a lossless DTS-HD M1 5.1 mix. There is no Dolby Atmos option available here, which is unfortunate. Still, this is a good sound mix, although at times, it could have been a bit louder. Sound effects are robust and well-balanced throughout. Gunshots and general kung-fu chops and kicks can be heard easily, but can be on the silly side, as well as sounding a bit soft here and there. Explosions pack the most punch with some great dynamics and a decent low end with rumbling bass that never crosses into rocky or unstable territory.

Audio Commentary - Producers Alan Burnett and James Tucker deliver a worthwhile commentary track, where they discuss the R rating of the film, the characters, story, their motives, and influences from other films they used here. It's a good commentary track if you love the DC Universe.

Nice Shot, Floyd! The Greatest Marksman in the DCU (HD, 6 Mins.) - This covers Floyd Lawton or Deadshot from the DCU. Interviews discuss his role in the films and comic book origins here and why he is one of the more popular characters in the group.

Outback Rogue: Captain Boomerang (HD, 5 Mins.) - Like Deadshot's supplement above, this covers Boomerang, as his character is discussed from the comic book and movies.

The Power of Plot Devices, MacGuffins and Red Herrings (HD, 11 Mins.) - Here, the creators talk about the main focuses, plot lines, and twists of the film, and why they are so important in storytelling and in comics.

A Sneak Peek at Superman/Batman: Public Enemies (HD, 8 Mins.) - Another look at an upcoming DCU movie from the Public Enemies film, complete with comic book panels and more.

From the DC Comics Vault: Young Justice, Terrors (HD, 23 Mins.) - Yet another DCU film is here for your enjoyment. 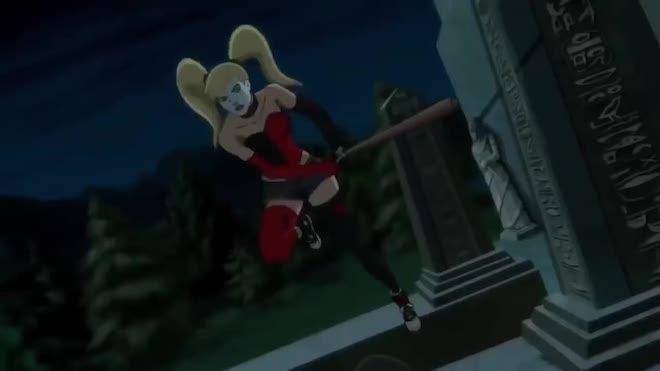 Suicide Squad: Hell To Pay is quite possibly one of the better films out of the whole DCU franchise so far. It's certainly far better than the live-action Suicide Squad film. The characters are all fleshed out in both endearing and comical ways, and the action and violence are at an all-time high here with the R rating. (Keep the younglings away, folks!) The Blu-ray 1080p image looks as good as can be for being a DCU animated film and the 5.1 mix sounds great, although it would have been nice to have a Dolby Atmos track. There are some fairly great extras as well. This one comes Recommended for sure!

Sale Price 8.65
List Price 19.98
Buy Now
3rd Party 5
In Stock.
See what people are saying about this story or others
See Comments in Forum
Previous Next
Pre-Orders
Tomorrow's latest releases