Chronicling the adventures of an eccentric, resilient and tight-knit family, The Glass Castle is a remarkable story of unconditional love. Larson brings Jeannette Walls's best-selling memoir to life as a young woman who, influenced by the joyfully wild nature of her deeply dysfunctional father (Harrelson), found the fiery determination to carve out a successful life on her own terms.

"This isn't where I thought I'd end up."

"Well, maybe you're not at the end yet."

Some films try to have their cake and eat it too - with syrup, extra frosting, sprinkles, and perhaps a few Skittles tossed on the top for extra flavor. If you've read Jeannette Walls' memoir or heard her tell her story on the Moth podcast, you know it's not an easy story to hear. But Hollywood's approach to the story is to make it as easy and saccharine as possible. Even with a stellar cast, it's too dramatically safe. Featuring Brie Larson, Woody Harrelson, and Naomi Watts, The Glass Castle tries to be a story about living with a parent with mental health and addiction issues through a thick pasty veneer of free-spirited wonder.

Jeannette Walls (Brie Larson) is living in New York, is a successful writer, and is about to get married to a stockbroker by the name of David (Max Greenfield). She's worked hard to get to where she's at in life. She's had to. Her father Rex (Woody Harrelson) and mother Rose Mary (Naomi Watts) were content to live a life of revolving squalor. Growing up with three siblings, the Jeannette followed their father from town to town and his dreams of building them the perfect home where they can all be together and live as a family. A glass castle. Even as a skilled engineer, Rex's rampant alcoholism, and abusive behavior forced the family to drift aimlessly, often going days without eating. Just as Jeannette is about to get married, she discovers her parents are living as squatters in an abandoned New York tenement building and must confront her bitter memories of the past if there is to be any hope of reconciliation.

Admittedly I did not read Jeannette Walls memoir of the same name. When "The Glass Castle" made the rounds, I steered clear of the fray. While on a road trip with my wife I listened to the episode of The Moth podcast where Jeannette recounted her childhood story to a live audience. It was a gut-wrenching story about having to accept a family member's mental illness knowing you can't help them. Knowing that if you saw them on the street digging through garbage that you couldn't acknowledge them without being pulled back into their world. It socked me in the gut just listening to an abbreviated version of the story, I couldn't imagine what a full book would do to me. Her story never lost the sense of hope that she had her family could fix things, but also accepted the powerless position that it was beyond her control. She had to live her life, not theirs. 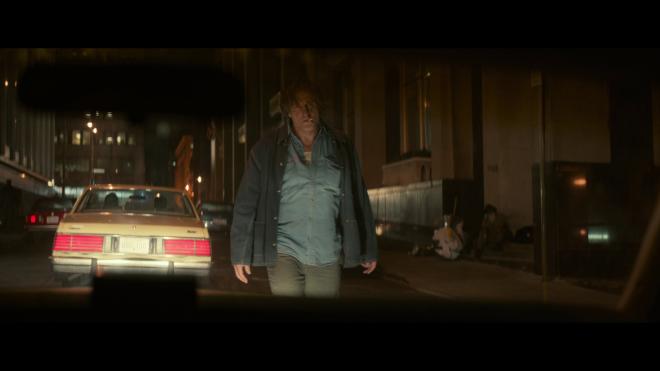 If there's a condemnation to be made of the adaptation from Destin Daniel Cretton and his co-writer Andrew Lanham, The Glass Castle is just too PG-13 for its own good. On one side of things, the film wants to paint Rex and Rose as free-spirited nomad parents intent on instilling a life of free-thinking into their children and not be confined by limitations. On the other side, the film wants to impart the dangers of such a lifestyle as in this case it is due to Rex's alcoholism and Rose's enabling eccentricities. On the other side of this confusing triangular approach, the film equally celebrates Jeannette's rise and escape from the abusive life she lived while equally condemning her successful upper-class New York lifestyle.

By trying to be a film of all things for all audiences, The Glass Castle as a film becomes little if anything. Life is filled with grey areas, sure, but that doesn't mean you have to take all sides of the argument at the same time. Sure, Rex was probably a good man at heart who meant well, but he was also abusive and neglectful. You can't say the children's decisions to work hard, get good grades and save their pennies to leave their shack home in West Virginia was a good and powerful decision while also equally condemning that decision as if they're bad people for leaving their roots. The film touches upon some possible abuse at the hands of Rex's mother as the cause of his issues, but again, it's played too PG-13 and never gives a dramatic definitive statement. Simply put, the film doesn't trust the emotional intelligence of the audience.

As if the story approach insecurities weren't enough, the film in of itself is just too clean and neat. While the homes the Walls live in certainly are undesirable and shabby, the cast never looks the part. While Brie Larson, Woody Harrelson, Naomi Watts and the talented child actors who play the kids as they grow up are all great and give great performances, they always appear in a state of shabby-chic. There's always a clean veneer to the film that undercuts any genuine drama or any wisdom it tries to impart on the viewer. As a result, some truly great acting - especially from Harrelson gets lost.

At the end of the day, I didn't love or hate The Glass Castle. I'm merely indifferent towards it. By playing things too safe it doesn't fail nor does it succeed, instead it languishes in mediocrity. It provides enough diverting entertainment to pass the time, but I wouldn't say it's one that will be remembered in the years to come. Especially as the film moves towards its ridiculous grand finale, some may have had too much sugar for one evening to see it through to the end. I won't say it's one to avoid, but I wouldn't rush out the door to catch it either.

The Glass Castle arrives on Blu-ray courtesy of Lionsgate in a two-disc Blu-ray + DVD + Digital HD set. Pressed onto a BD-50 disc, the discs are housed in a 2-disc eco-friendly Blu-ray case with identical slipcover artwork. The disc loads to trailers for other Lionsgate releases before arriving at an animated main menu featuring traditional navigation options.

Shot digitally, this 2.40:1 1080p presentation is pretty beautiful to look at. It makes great use of scenic locations whether the family is out in the desert or on a West Virginia mountaintop. Details are terrific allowing for a great appreciation of facial features, costuming, as well as the rough and tumble living situations the Walls family found themselves in. Depending on the era the film is trying to convey, colors shift from warmer browns to cooler blues and that can skew the sense of primary presence, but not in a bad way. It merely fits in line with the scene in question. Flesh tones are accurate throughout so there's no worry there. Black levels are strong with some nice deep inky moments. Some of the scenes that are supposed to take place in rich upscale New York of the 1980s could skew blacks towards brown with pushed yellows and the sense of depth and details could be impacted from time to time. Aside from slight occasional video noise, there's little to complain about.

The Glass Castle features a Dolby TrueHD 7.1 mix that is solid work if perhaps a bit under-utilized. As what could be described as a fairly static family drama, the dynamics of the mix are rarely pushed very hard. There is an occasional burst of activity along the sides and rears, outdoor scenes offer up the best uses, but otherwise, the mix is pretty front and center. Dialogue is clean and clear and does most of the heavy lifting within the film. The score by Joel P. West tends to occupy the sides. There really isn't much sense of immersion here really. It's a fine mix overall with little to complain about. But it doesn't exactly light up your sound system either.

Aside from some good interviews with Jeannette Walls and a decent cast and crew piece, there really isn't much to write home about with this bonus feature package. Most of it is the typical EPK talking head questions/answers material that doesn't really illuminate the film.

The Glass Castle: Memoir to Movie (HD 25:48) This is actually a pretty decent piece with some solid cast and crew interviews. Still a but EPK but not as bad as most.

A Conversation with Jeannette Walls (HD 15:24) This is a decent interview and covers a lot of the making of ground but from Walls POV.

Deleted Scenes (HD 9:32) Mostly made up of extensions or side tidbits, there's really not a whole lot here that would have dramatically changed the film.

The biggest complaint to be made against The Glass Castle is that for a film about unconventional real-life human characters, the film plays things entirely too safe to be genuine. It's sugar frosted to the point that it loses most of its dramatic weight and loses some great performances in the process. The talented cast is worth seeing, but perhaps not enough to justify a full-priced ticket. Lionsgate brings the film to Blu-ray with a solid and reliable A/V presentation and a couple of decent bonus features. I didn't love the film. By the end, I was rolling my eyes more than I wanted. To that point, I'd say if you're curious, give it a rent. A blind buy is a tough sell when even the most ardent tissue-grabbing drama loving cinema fan may find the film too sweet for taste.