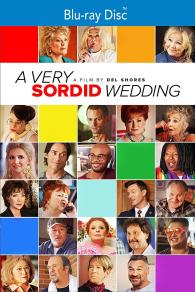 Seventeen years after family matriarch Peggy tripped over G.W. s wooden legs in Sordid Lives, same-sex marriage equality has barreled into Winters, Texas and not everyone is ready to accept it. An anniversary memorial service is being planned in honor of Peggy at the bar while the Southside Baptist Church plans an Anti-Equality Rally to protest the abomination of gay marriage and work to defend their religious freedom. The beloved cast of colorful characters are all on a collision course for shenanigans and fireworks on the big night. Along the way a bisexual serial killer shows up, a drag queen country medley is performed and a beauty-salon-versus-the-bigots battle turns getting your hair done into the front lines of the equality battle. Friendships are tested and families are reunited as fear and bigotry are confronted with acceptance and understanding on the way to a surprise wedding with (almost) everyone in attendance. Bonus Features: -Music Video -Behind the Scenes -Cast Interviews -Extra Scenes -Bloopers -Official Trailer