A group of survivors attempts to seek shelter in an old farm house from an army of the recently deceased.

"It has been established that persons who have recently died have been returning to life and committing acts of murder."

As I detailed in my review for the Japanese Import from Happinet, I have a deep undead love for the late George Romero's masterpiece Night of the Living Dead. It's a film that became an instant obsession after a fateful night of accidental channel surfing. In the twenty plus years since my first viewing, I've watched it countless times. Poured over and analyzed every frame of it and its sequels Dawn of the Dead and Day of the Dead. I've sought out the very best presentations from DVD to Laserdisc to Blu-ray. I've devoured its remake Night of the Living Dead 1990 and endured the arduous task of locating the best possible Blu-ray release from Australia after picking up multiple foreign releases. I'm a fan, through and through.

If you're game for reading about my love for this horror classic, go ahead and read my review for the Night of the Living Dead Japanese Import. Otherwise, take a gander at some comparative screenshots. 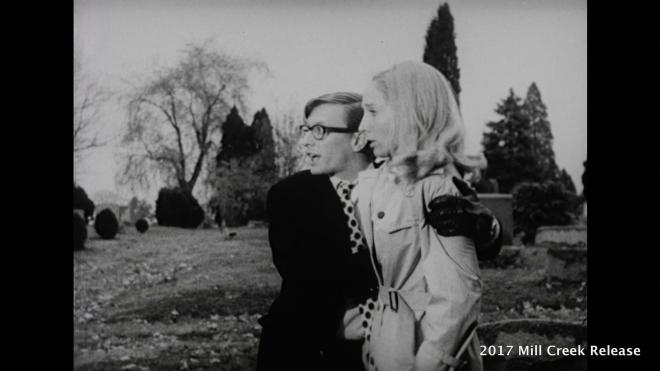 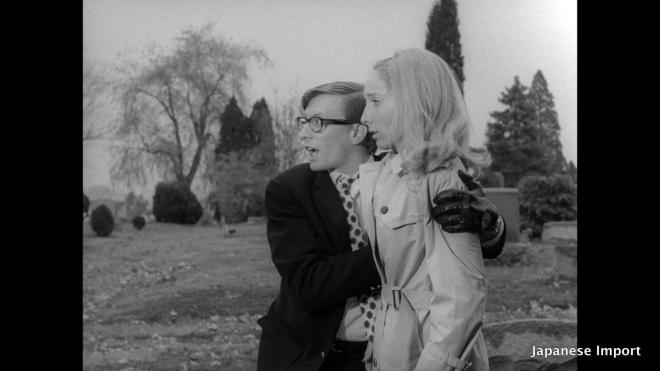 Night of the Living Dead makes its first official U.S. release on Blu-ray courtesy of Mill Creek Entertainment. Pressed onto a Region A BD-25 disc, the disc is housed in a standard sturdy Blu-ray case. Also included is a Digital Copy slip valid only through Mill Creek's proprietary digital service. Does not connect to an Ultraviolet account. The disc loads directly to a static image main menu with traditional navigation options. 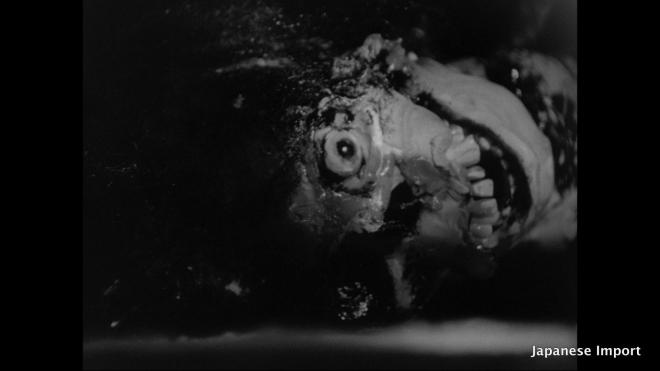 In early 2016 it was announced that George Romero's Night of the Living Dead would be undergoing a full 4K restoration overseen by Romero himself. In November of 2016, the efforts of that restoration premiered at MOMA to much fanfare with George Romero saying that the film had never looked better. Ever since that day, fans have been hoping that this fully restored version of the seminal horror classic that birthed the modern Zombie film would one day make it to Blu-ray. It is with much sadness that I have to report that we will have to wait. This 1.37:1 1080p transfer is not that restoration. Far, far from it. In keeping with the unfortunate tradition that plagues most of Mill Creek releases, this transfer isn't even on par with the rather impressive one featured on the Japanese Import from Happinet. 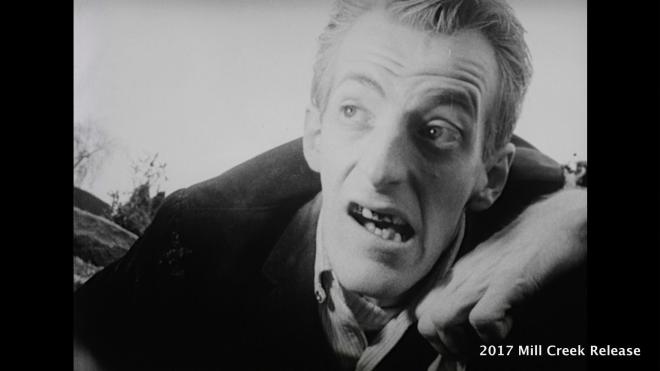 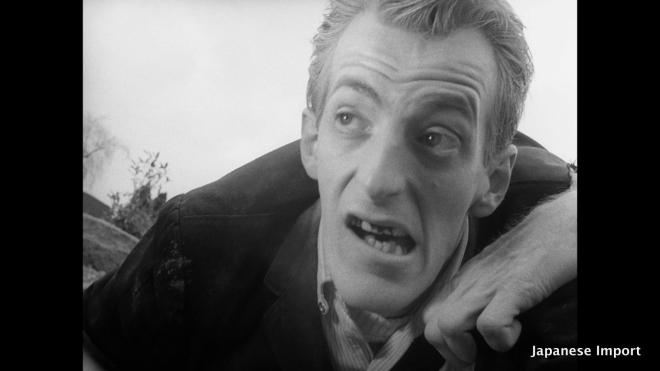 From frame one, this is an ugly source print. It's soft and has focus issues. Detail levels fluctuate wildly from shot to shot. One moment things can look soft and out of focus like a barely upscaled DVD, the next we may enjoy some decent facial features and details, the next it's back to being a soft soupy mess. The greyscale for this release also leaves much to be desired. Shadow separation is all over the map from producing some fine layers and giving the image a little sense of depth to completely crushed blacks and blown out whites. There are several moments where' Harry's bald head nearly dissolves into the white wall behind him. Damage, well, if you've picked up a DVD of this film from your supermarket dollar bin you have a rough idea what to expect. Dirt, debris, speckling, severe persistent scratches litter this presentation. This transfer also sports slightly different framing and has been pulled back a little offering up a bit more information around the edges. One can't really call this a benefit or a detraction as you're not really seeing anything new or impressive, it's just an aspect of the transfer worth mentioning. There is also some slight wobble throughout as well. To be frank, my Millenium Edition DVD from Elite Entertainment offers up better image quality than this. 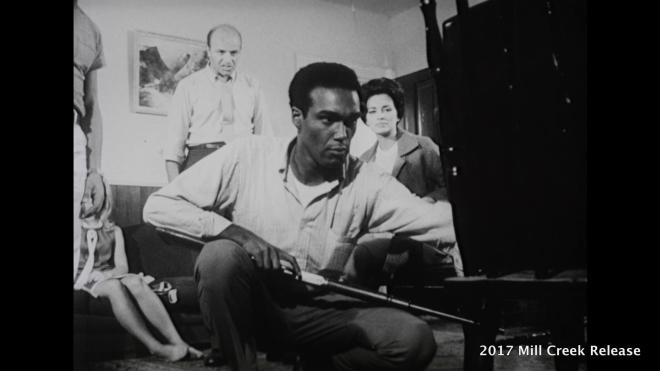 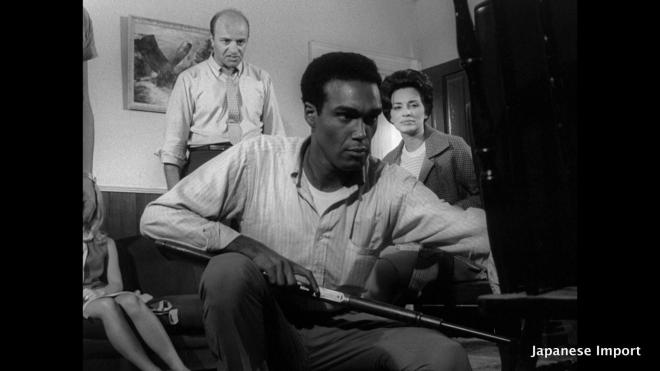 In spite of this transfer's numerous failings, there is still a slim sliver of hope out there. After the successful premiere at MOMA last November, Janus Films picked up the theatrical distribution rights of this fresh new 4K restoration Night of the Living Dead! The Film Forum in New York will begin the first theatrical screenings of this restoration starting October 13th. So far, no other theatrical engagements have been slated, but more are expected. Now, any Criterion Collection fan is no doubt well aware of the relationship they have with Janus Films. It's just wild speculation at this point, but there is hope that someday, one day, our beloved undead masterpiece will get the full Criterion treatment it duly deserves. Until then, we'll just have to wait and see what happens. By no means should this 50th Anniversary release be the final word for Night of the Living Dead on Blu-ray in the United States. 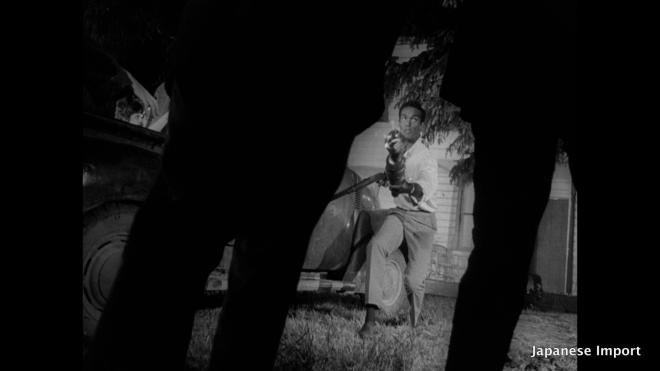 If there is a slight bright spot with this release of Night of the Living Dead it is that the disc's LPCM 2.0 mono mix isn't half bad. It's not amazing. It doesn't redefine your auditory experience with this film, but it gets the job done. I won't lie, like the video transfer, the Japanese Import disc's audio is cleaner, clearer, and an overall better presentation. As I've gone through my fair share of bargain basement release of Night of the Living Dead on DVD over the years, I will say this release isn't the worst I've encountered, but that is faint praise. Dialogue is intelligible, perhaps a bit crisp without a lot of definition but not as tinny or shrill as I've encountered before. Sound effects are, more or less, what they are. Given its amateur independent film roots, the sounds are from an effects library and can have a rather flat quality to them. Same for the score; it's library music so it's never been remarkable to listen to. Age-related anomalies like hiss and pops are also present throughout. 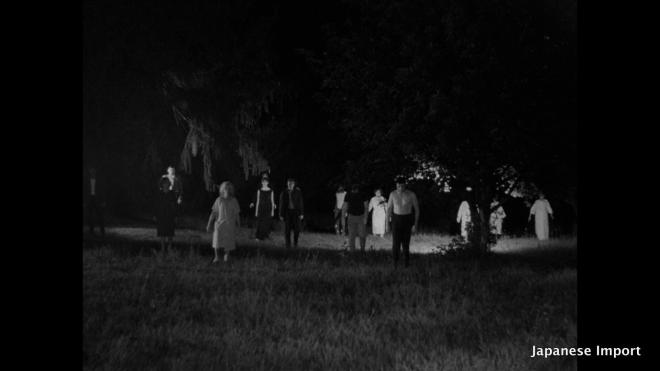 Nothing. Zilch. Nada. None of the previously available bonus features from past DVD special editions have made their way here. 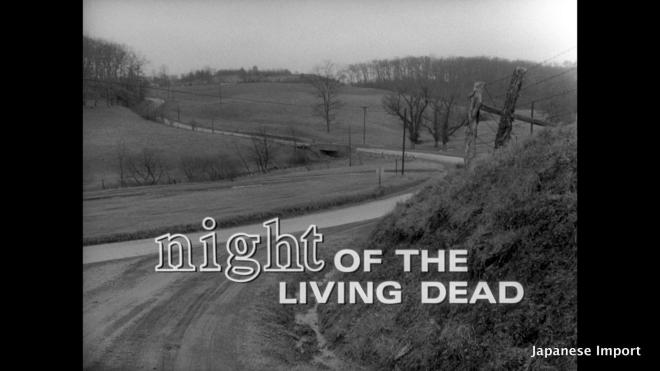 Like many fans, I'm ready for the true definitive Blu-ray release of George Romero's Night of the Living Dead. Hell, I'd love to see a true 4K Ultra HD Blu-ray! Given the director's passing, it's all the more unfortunate that the film that started his career hasn't been given a good and proper release on Blu-ray in the United States. Given the recent news that the film had undergone an extensive restoration, there was some hope that this 50th Anniversary Blu-ray release from Mill Creek would right that wrong. Unfortunately, fans will have to wait for that definitive Blu-ray release as there's hardly anything worth celebrating here. This Blu-ray features a subpar video transfer that is riddled with issues and pales in comparison to foreign releases that are already on the market and are easily importable. If you can't locate the Japanese or Australian Import releases and absolutely must have this film on Blu-ray in time for the Halloween season, I can't really argue against a purchase considering the bargain basement price point this release currently enjoys. However, with the sketchy A/V presentation and without any bonus features that appeared on the previous DVD and foreign Blu-ray editions, there's nothing really to recommend this release for. If you can, skip it.

Sale Price 14.1
List Price 14.98
Buy Now
3rd Party 5.58
In Stock.
See what people are saying about this story or others
See Comments in Forum
Previous Next
Pre-Orders
Tomorrow's latest releases