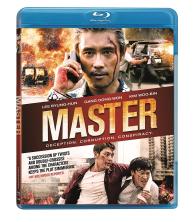 JIN Hyun-pil (LEE Byung-hun) runs 'One Network Inc.', a company with an extensive network covering Korea. The chief of the Intellectual Crime Investigation team, KIM Jae-myung (GANG Dong-won), suspects One Network’s involvement in a fraud case of unprecedented scale. Kim tracks down the company's IT architect and brain, PARK Jang-gun (KIM Woo-bin), and attempts to persuade Park to hand over Jin's secret ledger in exchange for a plea bargain. Feeling the police close in on him, Jin moves operations out of Korea. Kim nonetheless continues his investigation into Jin. 6 months later, news about Jin's death stirs the country once again.